Bong of the Living Dead (2017) REVIEW – A Hilarious Horror Film 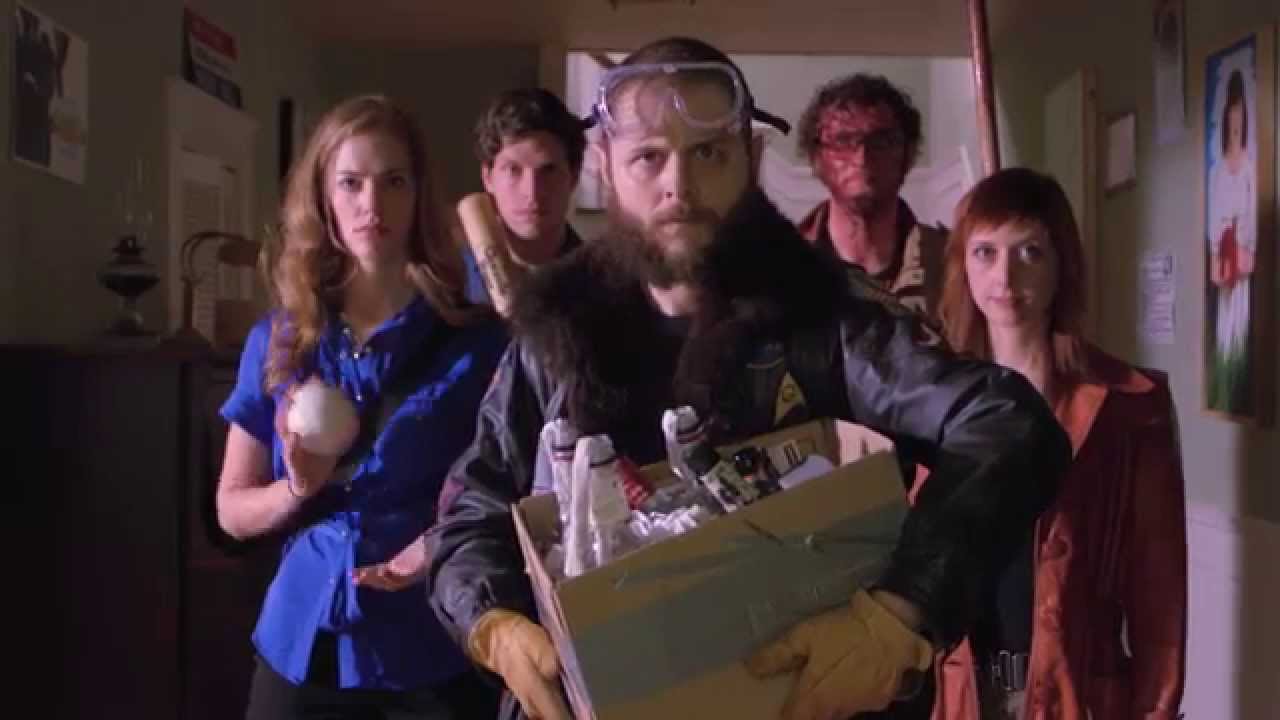 After my initial disappointment that this movie wasn’t about a bong that dies and is resurrected as a zombie, I quickly settled into the wonderful madness that is Bong of the Living Dead. There are a few missteps here, but the film is a very fun horror-comedy, which of course is what you’re expecting when you see a title like this out in the wild.

Written by Max Groah and Time Mayo and directed by Groah, Bong of the Living Dead is a celebration of all things zombie. With a certain, uh, herbal element to the thing, of course. These are cartoon character come to life, but that’s why we love this stuff.

Even though this takes place in the present day, the three guys in the film work in a video store, quite a rare thing these days. And of course these movie nerds are joined by three stoner women of various personality types, each of whom eventually becomes a love interest to one of the male characters. And, of course, they’re horror fans who know a ton about zombie movies. In fact, they’re discussing this very topic when the zombie apocalypse breaks out. Pretty neat how that works out. Also, they smoke with a bong made from a baseball bat, which certainly will come in handy later.

God bless Max Groah. The guy really sticks to a concept. Virtually the only things that the characters talk about are pot, sex, and zombie movies. Everything circles back to those three things. And, really, this is the kind of stoner flick that we need right now, even if nobody quite demanded it.

The production is slick. Very professional stuff. Groah definitely knows how to put a movie together. And the acting is mostly beyond what you’d probably expect for a B-movie as over-the-top as this one. Daniel Alan Kiely is particularly fun to watch as the more-or-less leader of the group, with his wild eyes and his endless energy. He’s very clearly enjoying himself here, and it’s a lot of fun to watch.

Really, the only major misstep is that toward the last act, there’s a few scenes that attempt to be Big Emotional Moments. That’s all good, but the movie had been so cartoony and slapstick leading up to these scenes that genuine emotion just feels weird, and totally out of place.

It certainly wouldn’t hurt to be stoned with a bunch of friends when you watch this film. Me, I don’t touch the stuff. Makes me too paranoid, dig? But I can definitely see this as the next big party movie, sitting on a DVD shelf next to your Cheech and Chong collection. Despite a few moments where Groah attempts to make humans out of his cartoon characters, this is a wonderfully goofy film well worth checking out.

Bong of the Living Dead will play at the Twisted Dreams Film Festival in Milwaukee. It will be shown on Friday, April 13th at 11:00 PM. The author was given an screener for the purposes of this review.