Bloody Ballet is the kind of movie flying below the radar you kick yourself for missing as a genre fan or connoisseur of cinematic art. 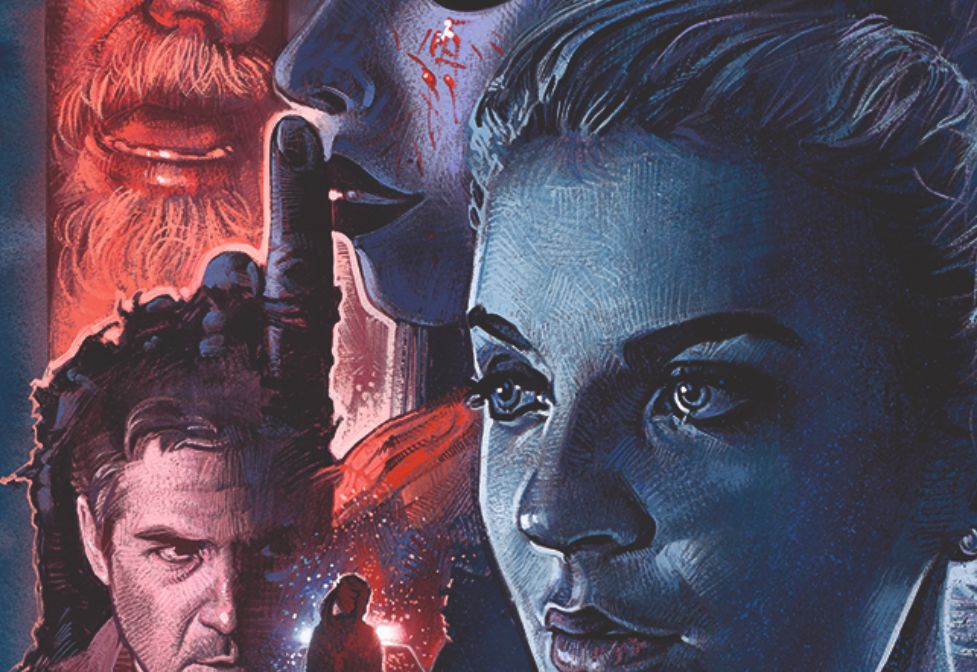 Genre film — really, cinema in general — is an art of mimetic pastiche from generation to generation. A filmmaker saw a picture once that deeply affected him or her and he/she wants to make, or write, a film like that. There’s no better breeding ground for that than horror or thrillers, and that’s what is at play in films such as Bloody Ballet.

The title alone tells you all you need to know. “Bloody Ballet” (and its alternate title of Fantasma) suggests an influence of Italian horror, especially the theatrical and colorful giallos like Michele Soavi’s Bloody Bird and Argento’s Suspiria. It recalls as well the 70s and 80s, a time of prominence for neon color palates and exploitation slashers.

Adriana (Kendra Carelli) is a ballerina whose parents were murdered when she was young. When she snags the lead in The Nutcracker she has reason to be excited but not all is well. She starts having weird visions while some Buffalo Bill type of character in a doll mask begins bumping off her friends. Then there is some guy staying in a dilapidated penitentiary or asylum she has some kind of spiritual link with.

While the film does a lot of things at once, it does so with style and full awareness of where it’s coming from.

Nostalgic references fill the picture from top to bottom. Adriana is prescribed a psych med named Ephemerol to cope with her visions (also the name of a drug in Scanners). She has a shrink (Debbie Rochon) who tries to convince her the visions aren’t real, similar to a situation that plays out in The Entity. A late-night B-movie host calls himself Baron Blood — a nod to the Italian Mario Bava film. The cryptic head instructor at Adriana’s ballet studio, Ms. Valli, is played by Caroline Williams of Texas Chainsaw Massacre 2 fame in a fine performance. And, of course, you have the Argento and Soavi callbacks topped off with an obvious riff on Nicolas Winding-Refn.

There’s some nudity too but not like you’d find in other films today. Ballet calls back to a time when nudity was tantalizing and voyeuristic in the Hitchcockian sense. The eye, of the viewer or voyeur, stumbled upon it in a vane of documentary realism that acknowledged beauty artistically, and not a gratuitous fashion as if the audience is made up of serial peepers getting their next look-see (of the day).

A movie called Clyde Cooper tried its hand at digital-HD, shoestring auteur cinema and botched the attempt. Bloody Ballet’s helmsman and creator Brett Mullen does a far better job with his effort (directing, writing, and producing). Normally a cinematographer, his background serves him well, producing symmetry in his compositions and crossfading matching shots. Furthermore, his sets and locations are more put together and eye-catching; a great deal of space is afforded in the frame so the viewer can take in all the detail.

Bloody Ballet is the kind of movie flying below the radar you kick yourself for missing as a genre fan or connoisseur of cinematic art. It lags in spots — like in the subplot about the guy renting the haunted rundown sanitarium — but Mullen always makes up for any lost time with baroque and operatic montages he ties back to Adriana’s fears and surreal nightmares.