Black Clover: Season 5 – Release Date, Story & What You Should Know 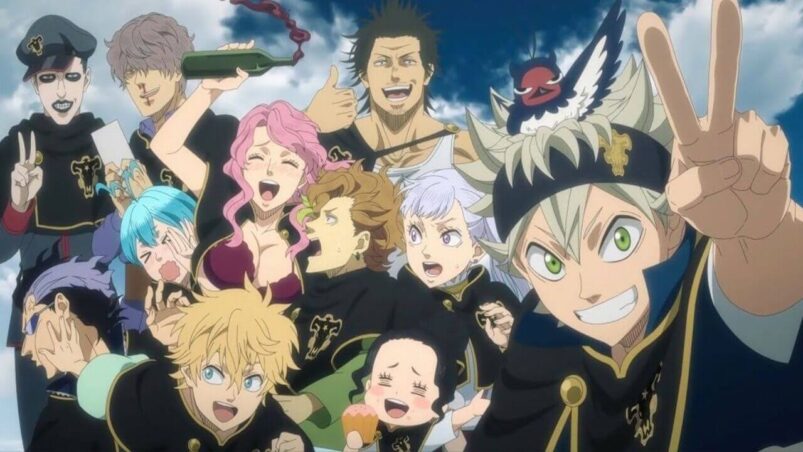 Black Clover closed the book on its anime on March 30, 2021, and even though we’ve received word of a movie, fans can’t help but demand a continuation with Season 5. Yūki Tabata’s wonderfully crafted world of magic and mayhem has earned the hearts of many since beginning back in 2015. The anime had become a sort of weekly tradition, and with it on a hiatus, everyone is wondering when they’ll get to see Black Clover: Season 5.

Black Clover had to take a high road to success, as it was initially subjected to some negative reviews. While some regarded it as a generic shōnen, others saw it as a botched attempt at something big. That all changed when the Royal Knights Arc started, and the anime gained momentum and the flabbergasting action sequences led to the franchise instantly popping around the world.

Black Clover went on for 170 episodes, which is an amazing feat considering most anime go under after their first season. Intriguingly, the sheer number of episodes is the culprit behind Black Clover anime’s hiatus, as the anime had to wrap up due to only a few chapters of the source material remaining.

A long time has passed since then, and Tabata has put out more than 60 chapters, so we expect to see news of Black Clover: Season 5 sometime soon after the movie releases.

When Is Black Clover: Season 5 Coming Out?

There has been no official announcement concerning the release date of Black Clover: Season 5 so far, but as the number of chapters keeps on increasing, the anime could return as soon as early 2024. The franchise’s first feature film is set to hit theaters in 2023, and it’ll take some time for all audiences to catch the movie, which further bolsters the chances of the anime making its return in 2024.

Like the anime, the film will be brought to life by Studio Pierrot, one of the leading animation houses, which has animated top-notch manga like Bleach, Tokyo Ghoul, and Naruto. They’ve already revealed a first look at the Black Clover movie, and it’s undoubtedly their best looking work yet.

What Is Black Clover: Season 5 About? (Spoiler Alert)

Where Black Clover: Season 5 picks up will depend upon the ending of the upcoming film. Most likely the film will adapt a dozen or so chapters from the Spade Kingdom Raid Arc, in which the Black Bulls and the Magic Knights will be featured trying to stop the Dark Triad from bringing about the age of Devils.

The movie will adapt the fateful encounter between Asta and the Dark Triad, in which Captain Yami’s life hangs in the balance. But if the movie compresses more than a handful of chapters, we might get to see Black Clover: Season 5 start with the time skip that results in the aftermath of the battle.

It’ll be interesting to see what further plot twists Tabata has in store for the future of the anime. We’ll keep this article updated in case Studio Pierrot confirms a specific release date for the anime.

READ NEXT: Jujutsu Kaisen: Season 2 – Release Date, Story & What You Should Know