I Feel Bad For Big E And The Ratings 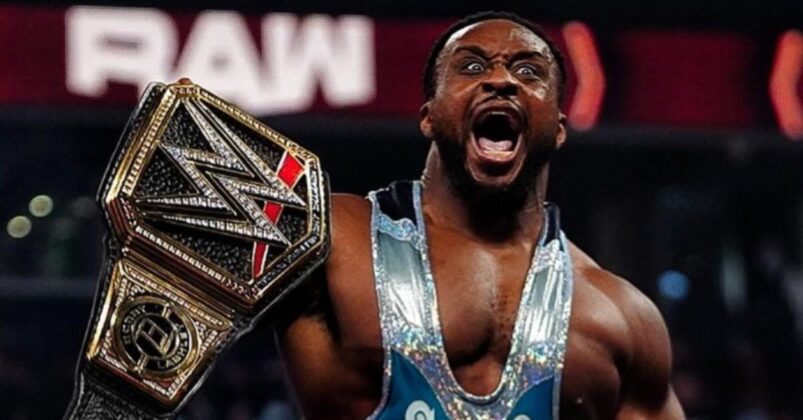 It’s funny seeing the things that WWE will do when their backs are against the wall. In a typical Monday Night Wars era move, WWE have once again panic booked a major championship change on a random episode of Monday Night RAW, giving New Day’s Big E his first WWE Championship win over Bobby Lashley in the show’s main event.

Of course, everyone loves a good cash-in, and WWE were right to think that it would at least get the fans’ attentions by having him post his intentions on social media a few hours before the show, however I can’t help but feel like Big E has been done dirty in this process and his championship victory will amount to nothing when the ratings actually come in.

Big E was never going to top the success of his partner Kofi Kingston, especially not the hype he generated around KofiMania, but nevertheless, the hard-working SmackDown superstar deserved something of a moment to himself. Big E has been a staple of WWE programming since 2012, originally teaming with Dolph Ziggler before breaking out on his own, winning the Intercontinental Championship before going on to form the New Day stable. Since being drafted to SmackDown, Big E has soared to new heights with a second IC title win as well as winning the Men’s Money in the Bank ladder match.

It’s hard to see how they could mess up this tale of ascension, especially seeing as the fans are fully behind Big E in his quest to win his first major singles title. Yet, here we are with the WWE Champion dethroned, and it just doesn’t feel right. Big E’s moment was reduced to a mere footnote, rather than given any significance or weight on pay-per-view. Fast-forward ten years and I can’t imagine we’ll see Big E’s cash-in on many of the highlight reels, it just seems like another random occurrence of weekly television. If WWE were to hold off until Extreme Rules, an event which is only a short while away, then perhaps Big E would have been awarded with a better reception or even made to look like more than just a cheap ratings popper.

Much like how it was during the Attitude Era, WWE are now desperate for anything to pull back the ratings in their favour. Where in the past we’ve had WCW giving away Starrcade-level main events during episodes of Nitro, or commentators ‘spoiling’ the results of the other side, now it’s WWE forcing these big moments down our throats when barely anyone’s paying attention, expecting the world to suddenly tune in. It’s a shame that Big E’s big win has resulted in mere murmurs across the industry, when he could have stolen the show of any given pay-per-view and shocked the world.

Maybe if WWE were to double down on Big E and perhaps have him and his New Day buddies turn heel in the process, it might have caused a bit more of a ripple. Bobby Lashley could have posed a bigger threat to the charismatic challenger, so instead, E relied upon his friends to help knock ‘The All-Mighty’ down a peg, while also securing their spot for a RAW Tag Championship match against RK-Bro. The story writes itself from there: New Day start to dominate TV and hopefully result in bringing a few more eyes back to the product, just to see what sort of kooky shenanigans they’re going to get up to next.

But no, without any major news to caveat Big E’s cash-in, it almost feels as if this is a passing thought. It wouldn’t shock me if Big E lost the championship back to Lashley in the next couple of weeks, whether that be at Extreme Rules or Crown Jewel. Depending on if the ratings come back as a success or another week of stagnant numbers, it could very well spell the end of Big E’s run as a top star. A lot is riding on this one, meagre cash-in, and I genuinely feel sorry for E whose future lies in the balance. If he fails as a new champion, then he’ll be forced back down the card while the bookers panic-write another big superstar into the role he’s been given. Omos, probably.

This championship win should have, and could have been bigger. But yet again, WWE have botched a perfectly feel-good moment for the sake of popping a short-term ratings spike. With nothing to draw fans back in for next week’s episode of RAW, I can’t see this reign lasting very long for the sultan of positive thoughts. Man, I could really go for some Booty-O’s right about now.

READ NEXT: Should Kevin Owens Go To AEW?