10 Best The Walking Dead Games of All Time

Coral, we got some games for you, Coral. 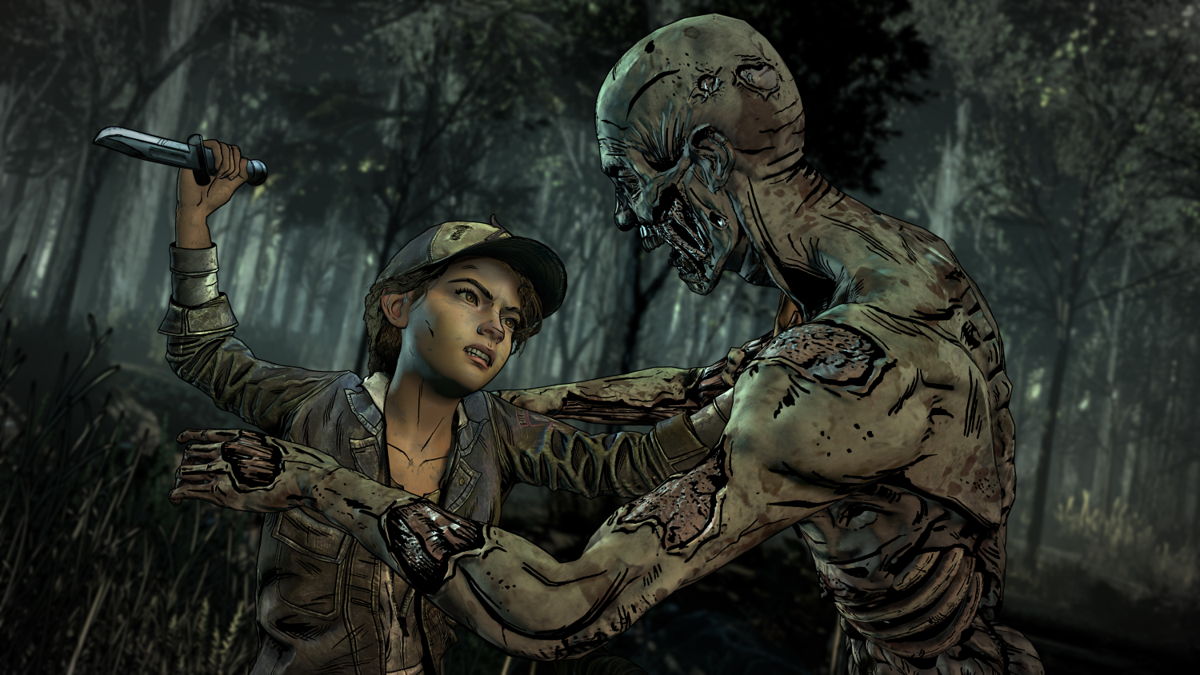 Over the last decade, The Walking Dead has grown into one of the most popular franchises in entertainment. With the finale of the long-running AMC series that started the whole zeitgeist just over the horizon, there’s no better time to look back at some of the best The Walking Dead games as well.

From the Telltale stalwarts to some of the more undersung adaptations of the hit show and comic series, The Walking Dead is a real roller coaster ride of quality when it comes to the digital front but, lucky for you, we’ve gone through and ranked the 10 best to take some of the guesswork out for fans.

Erm, maybe make that “best Walking Dead games” for the time being, with emphasis on those quotation marks. These first few aren’t exactly going to set your world on fire, but unfortunately, when looking through The Walking Dead games, some of them are just about pure vaporware.

This is the case with the poorly received Overkill, which was viewed as passable by some and downright abysmal by others. Between the achingly long load times, poor matchmaking, low-quality graphics, swathe of glitches, and absurd difficulty spikes, Overkill didn’t have much going for it; as far as tie-ins go, it didn’t even feature characters from the show.

The gunplay was competent enough, but even with that half-handed compliment, only the most die-hard walkers would have the stomach to play this one for very long. And they can’t even play it now unless they bought it first time around, as it’s been delisted from Steam with its console versions long cancelled.

Now we’re getting to the more middle-of-the-road entries. The Walking Dead: Onslaught might not pack the thrills and chills of the other VR game on this list but, as far as offering a faithful recreation of the characters and places from the AMC show to play through and explore, it provides plenty of dedicated fan-service for franchise devotees.

Honestly, if Saints and Sinners didn’t set the bar so high, this one might be further up on the list. As it stands, though, The Walking Dead: Onslaught is likable enough but doesn’t offer much more than a fanfiction-style take on the show it borrows its name from.

Still, with stirring performances from the actual actors, it does nail its authenticity, if not much else.

8. The Escapists: The Walking Dead

The Escapists’ enjoyable top-down, puzzle-solving RPG formula is a pretty good fit for The Walking Dead spin-off of the game. Using the license to its maximum potential as far as 8-bit indies go, The Escapists: The Walking Dead allows the pixelated versions of Rick Grimes and company to battle, outwit, and escape from the undead hordes in a more light-hearted take on the franchise.

Your goal is to find an unimpeded escape route through each area in this zombie-infested wasteland. Though longstanding fans of The Escapists may prefer the base game or some of its other versions, for fans of The Walking Dead looking to give the series a try, this is as good a place to start as any.

Characters and vehicles from the AMC show join in on the wacky hijinks, and there’s almost nothing more satisfying than watching the ragdoll zombies plummet to their doom as a bridge collapses under their collective weight. Looking for some insanity in your zombie-based strategy game? Bridge Constructor: The Walking Dead is the game for you.

Though we’re now into the beloved Walking Dead games from Telltale, often regarded as the best Walking Dead games, one of them must sit at the bottom of the heap, and that’s The Walking Dead: Michonne. These games are accused of being misery-porn at the best of times, but Michonne takes that misery to a whole new level, which is part of what bogs it down.

It’s also shorter than any other Telltale Walking Dead game, meaning it has less time to make an impact. Still, as another game utilizing the generally successful Telltale formula, Michonne allows you to explore the past of the fan-favorite titular badass, and for many players, that’s more than enough to justify the price of admission.

5. The Walking Dead: A New Frontier

Another of the lesser Telltale efforts, The Walking Dead: A New Frontier substitutes series protagonist Clementine in favor of new character Javi. As Javi and his surviving family members join a community called The New Frontier, they’re forced to make difficult decisions about what they’re willing to turn a blind eye to in order to survive.

Since Clem only features occasionally here and no one else of consequence makes it to the next game, A New Frontier is the most skippable of the main Telltale Walking Dead games and received mixed reviews for that reason. Either way, for completionists and fans of the formula, A New Frontier is still well worth your time.

The Walking Dead: Season 2 picks up right after the devastating ending of the original Telltale adventure. Now with little Clem forced to fend for herself, she must ingratiate herself with a new group of survivors and decide who to trust and which secrets to keep to herself.

While some feel that Season 2 is a bit too miserable to poor Clementine, the gameplay and exploration are tightened up considerably from the first game, making it much more satisfying to play. Even if the story might spin its wheels a bit from time to time (and it doesn’t give you a Platinum trophy), it still leads to a satisfying and worthwhile conclusion.

If you’re looking for a prime VR take on The Walking Dead, look no further than Saints & Sinners. Set in New Orleans after the original outbreak, Saints & Sinners puts you in the middle of two warring factions of survivors set on taking control of the city and the various fights for survival that happen as a result.

You can scale buildings to get a better vantage point or get the drop on walkers and a crafting system allows you to make weapons from salvage to fight off the hordes. With impressive graphics and a genuinely terrifying atmosphere, Saints & Sinners is the most in-depth take on this franchise yet and easily one of the best Walking Dead games.

When it comes to games with legendary reputations, few are as sky high as Telltale’s The Walking Dead. Winner of the coveted Game of the Year from many publications, The Walking Dead’s first season forced players to make hard choices about who lived and who died within a tense group of survivors.

The heart of the game, the relationship between ex-con Lee and orphan Clementine, is one of the most wrenching surrogate family dynamics this side of Joel and Ellie. Though some of the point and click elements haven’t aged terribly well, the tight plotting and white knuckle adrenaline of the adventure more than carry it past the finish line.

1. The Walking Dead: The Final Season

While the inevitable end of Clementine’s journey had a high bar to clear, the stellar The Walking Dead: The Final Season pays off the finale of the series in spades. Utilizing an upgraded version of the Telltale Tool that makes the game a dream to play and overhauls the aging visuals of the series, The Final Season is a joy both to behold and to experience.

A new youth-focused spin gives the series a Lord of the Flies-esque flavor, while the return of a foe from the original game adds gravitas to the proceedings. Grim and grotesque yet ultimately heartfelt, The Walking Dead: The Final Season is an impressive and meaningful ending to one of the biggest franchises of the last decade.

READ NEXT: The Best PS5 Zombie Games You Should Play