10 Steamy Romance Books To Seek A Dalliance With

Is it getting hot in here? 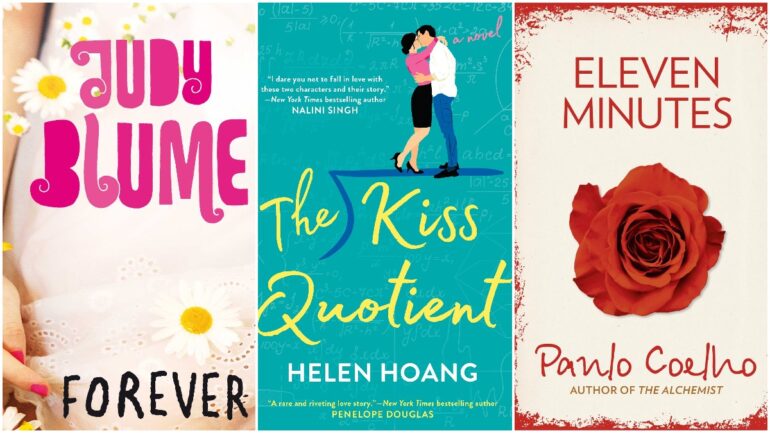 10 Steamy Novels To Seek A Dalliance With

Valentine’s Day just passed, but this doesn’t mean the reading of romance novels stops here. Romance novels are meant to be read all year round. And please note, when I say steamy, I don’t mean books like Fifty Shades of Grey or After, which are badly written narratives just built around sex scenes.

Steamy means anticipation, and if there’s smut, it’s done well, tastefully even – no reader wants every single, graphic detail in such scenes. Give us the magical swirls and our minds will do the rest of the work. More importantly, while the steam factor is at boiling point in some of these books, it is still attached to a narrative, and there is still a love story to follow. Here are the 10 steamy books I would recommend.

This book has appeared in my list of best romance novels of the 2010s, and there is a reason for that. The book follows Stella, who is autistic, and because she struggles with the physical aspects of a relationship, she hires an escort to teach her the art of physical intimacy. Michael Phan, the beautiful Vietnamese-Swedish man she hires, doesn’t spend his days tutoring women on the art of sex, but he can’t seem to turn Stella down.

So yup, lots of steam in this one, which is expected given that it is a key part of the narrative. But it doesn’t feel overdone, and the love story itself is very sweet. I became a fan of Helen Hoang after this book, so check out her other books if this one hits the spot.

2. When He Was Wicked – Julia Quinn

Now that we are in the midst of a Bridgerton craze, some of you are getting into the books while waiting for the next season. While my favourite books in the series are The Viscount Who Loved Me and Romancing Mr Bridgerton, When He Was Wicked is hands down the sexiest book. It is Francesca Bridgerton’s love story, but not her first time at love. You see, she was married before, and found herself widowed.

It is in the aftermath of death and grief that she and Michael connect, but it does feel a little taboo, since Michael was the best friend and cousin of her deceased husband. When I interviewed Julia Quinn, she mentioned that this is the sexiest book because Francesca isn’t a blushing virgin, so it made sense that her book would be a bit more steamy. Also, the title screams of wicked things, so you might need a fan and a cold drink to get through this one.

3. Call Me By Your Name – Andre Aciman

If you have watched the film, you already have a sense of how the book is. It is one of the strongest adaptations of a literary text that I have seen, mainly because it captures the sensual atmosphere of the book and gives us a window into Elio’s mind, even without narration. The book has Elio as its narrator, and is about the summer he fell in love with the summer guest (Oliver) at his parents’ cliff-side mansion on the Italian Riviera.

Aciman’s writing is so beautiful, as he captures the raptures and wonder of first love, but also the heartbreak that comes after – summer loves are only for the season. There’s also a second book based on the characters from this one, but there isn’t much on Elio and Oliver since the focus is on Elio’s father, and also, the reviews aren’t very complimentary, so tread lightly if you find yourself interested to explore more of Aciman’s works.

I have read three of Anita Burgh’s books, and she really knows how to craft a good female protagonist. Most of her books deal with these women sleepwalking through life, accepting their humdrum normal lives with less than worthy men, until they experience a whirlwind romance that shakes up their world a bit.

That is the essence of Love The Bright Foreigner, where widow Ann meets Alex, a Greek shipping millionaire. She finds herself weeping over a work of art in the Tate, he hands her a handkerchief, and the rest is a wonderful love story. Burgh does such a good job of balancing the darker parts of the book with the joyful parts of falling in love. Check out Distinctions of Class by Burgh if you enjoy this one.

5. Written on the Body – Jeanette Winterson

Much like Call Me By Your Name (but way surpassing it), Written on the Body is literary goodness. The story is between the narrator (who is unnamed throughout) and a married woman, about how people wound their way into our bodies, and imprint themselves on our flesh.

It is sensual, beautifully written prose, and in my opinion, it’s one of Winterson’s best books. There isn’t a particular plot per se, but Winterson is taking you through a love story, so lay back and drift on the steamy loveliness of her words.

Can any steamy book list be complete without Judy Blume’s classic novel Forever? I think not. Judy Blume books were a staple for me while growing up, and this is more adult than the ones I read when I was a young girl. Blume herself explained that this book was born out of a request from her daughter to have one normal love story where teenagers have sex, and nothing bad happens to them.

The book follows Kath and Michael, who embark on a physical relationship with each other. A lot of reviewers have gripes with the naivety of the characters – how can they know they are in love if they haven’t been together for that long? Well, they are teenagers, and when you’re young, every relationship feels like forever. But we adult cynics know better, don’t we?

Paulo Coelho is probably most known for The Alchemist, but he also wrote this steamy book about sex and love. You also know what the title refers to, so I shan’t say more about that. One of my English teachers recommended this book to me, though she said to only read it when I was good and grown. I took her advice and read it when I was in university.

In usual Coelho style, the book gets rather philosophical, as it tries to consider the value of sex in our lives, beyond the usual pleasures it’s tied to. The novel follows Maria, who has been burned in love, and becomes convinced that love is a terrible thing that will make you suffer. So she decides to head down a path of dark desires and pleasures, and discovers new lights to that of love.

I knew I had to include one new adult book on this list, and I struggled with this. The genre may be popular and populated, but more often than not, the writing and storytelling gets left by the wayside. Don’t even get me started on the characters. Tarryn Fisher’s Love Me With Lies series is one of the better ones in the genre. The characters are flawed and do questionable things, but Fisher doesn’t attempt to defend such actions in any way. Her writing is also miles above many others in the genre.

In the world of romance, sometimes things get ugly, and this series is proof of that. The series starts with The Opportunist, so if you want to properly follow Olivia and Caleb’s journey, then you should start there. The last book, Thief, is my favourite of the lot. It is one of the rare books I gave five stars to on Goodreads, so if you are interested in a steamy, tumultuous love story, this is the book (and series) for you.

As a fan of classic novels, I love it when authors of today use these novels as inspiration to craft credible love stories of their own. Syrie James is really one of the top-notch authors in this particular genre, having done one based on Mina Harker’s character from Dracula, and a few Jane Austen ones as well.

However, this book is my favourite of hers. I am well aware that Charlotte Bronte would never have left behind a secret diary, and that this is more fiction than fact (something you should be aware of while reading), but after reading Bronte’s novels so many times, it’s nice to read something adjacent to that, which can still inspire similar sentiments. We follow the fictional Charlotte as she journals about the scandalous secret passion for the man she can never have, and her relationship with Arthur Bell Nicholls (whom Bronte married in real life).

Also, who knew brushing hair could be so intimate and swoon-worthy?

Is this list just turning into a list which comprises me recommending books that I love? Pretty much. I do also believe that steamy exists on many levels, and in the world that Lauren Oliver crafts, where love has been declared a dangerous disease, the love story that blossoms between Lena and Alex feels downright transgressive and combustible.

As far as YA fiction goes, I do think Lauren Oliver is one of the best in the game, and the Delirium series is among my favourites in dystopian fiction. Her writing is truly delightful and delicious, and I truly didn’t want it to end. She also penned Before I Fall, which was adapted into a film starring Zoey Deutch in 2017, so that is a book you could dive into if you enjoy Oliver’s writing (trust me, you will).

READ NEXT: 8 Best Books Set In Paris, City Of Love