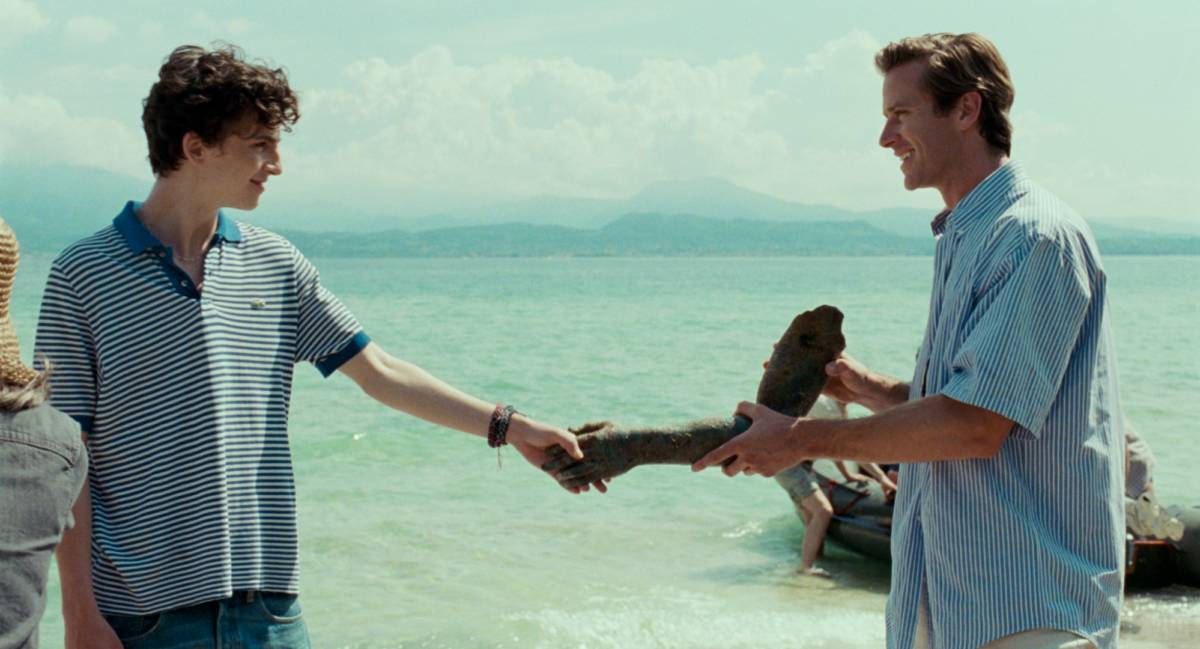 As a work of art (and it definitely is), Call Me By Your Name resembles the passionate love story it depicts in many ways. It’s one of those breathtaking cinematic experiences which demands to be called a “film” rather than a “movie.” That’s not meant to be dismissive of “movies,” merely a statement that Call Me is in a category of its own.

Indeed, just as teenage protagonist Elio (Timothée Chalamet) needs to warm up to Oliver (Armie Hammer), Call Me By Your Name can at first come off as yet another arthouse offering about the rich whiling away their time in Europe. But just as Oliver and Elio slowly win each other over, so too does the film become far more than its pretensions.

You can hardly blame it for almost being overwhelmed by the beautiful surroundings of the Italian villa Elio’s close-knit family spends their days in during what turns out to be a very formative summer in 1983. Elio’s parents are both academics, and his eagerness to absorb the culture and information they immerse him in on a daily basis means the 17-year-old is far more precocious than usual. As Oliver and Elio begin an increasingly intense courtship, Elio is soon the one who becomes more eager to explore their attraction. The 25-year-old Oliver is more hesitant, both due to their age difference and being far wiser in how most people would react to their relationship if it were discovered.

The fact that they’ll give in to their feelings is a given, and the love scenes embody the term swoon-worthy. After such a consummation, the aftermath could’ve easily become a bit of a letdown. But after so much time as a tribute to first passion, Call Me By Your Name quickly becomes a tribute to first love. Hammer and Chalamet have the kind of scorching, yet tender chemistry that makes an apathetic reaction practically unthinkable.

Much of this is due to the presence of director Luca Guadagnino, who also helmed I Am Love

and A Bigger Splash

were so refreshing was that the directors were from the groups being depicted. Likewise, both the director and writer of Call Me By Your Name are also gay men, and their casual, unthinking refusal to view the couple’s love as extraordinary mostly due to the connection they share shows how uninterested everyone in this film is in living on anyone else’s terms.

It is a beautiful sentiment, but, much as in the previously mentioned Love and Splash, the lack of real-world concerns can get a bit grating. Particularly when they play such a large part in why the characters are able to live so freely. It seems odd that a movie which takes place in 1983 wouldn’t acknowledge the obstacles between Oliver and Elio a bit more, and at times Call feels more like an attempt to cash in on 80s nostalgia without fully acknowledging the darkness of the era. The danger of them being found out is mentioned, but this very real threat feels like it’s barely lingering over them. And if Elio’s parents’ knowledge and approval of his affair feels a bit too good to be true, his father’s (Michael Stuhlbarg) quietly compassionate speech is not. It encapsulates the film’s views of love, loss, heartbreak, and aging. And proves yet again that the boy’s parents never care. I can’t help but wonder if even parents as open-minded and as progressive as Elio’s would have been so accepting if Elio had been a daughter rather than a son.

Verdict
Call Me By Your Name gives us a passionate love story that is rarely overwhelmed by its beautiful Italian setting.
9
Cultured Vultures is a pop culture website established in 2013 covering all things gaming, movies, and more. We eat your words.
All The News On The Biggest Games