It’d be a crime to miss out on these. 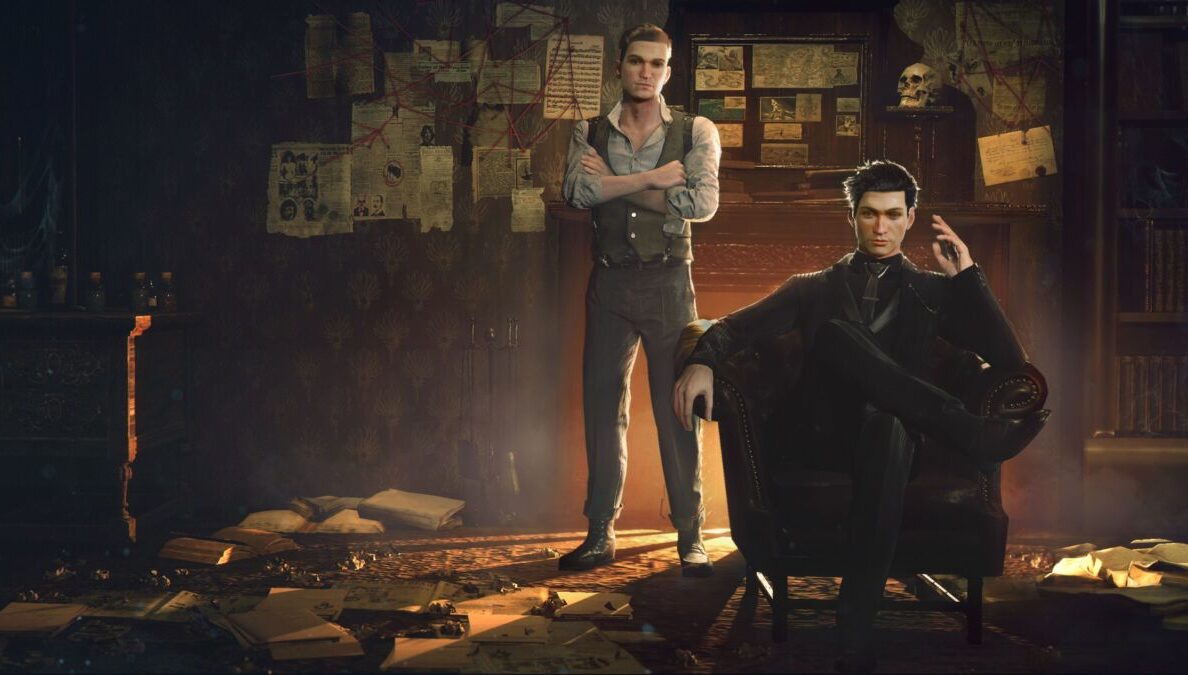 More than a century after he first appeared in writing, Sir Arthur Conan Doyle’s Sherlock Holmes remains immortalized in modern culture through film, TV, and video game adaptations. While it’s probably safe to say that not all of the adaptations out there are good ones, the best Sherlock Holmes games give players a chance to actually become the astute consulting detective himself like no other media can.

The video game history of Sherlock Holmes ranges from 80s text adventures to FMV games in the 90s, with some assorted mobile and hidden object games along the way. The true turning point of Sherlock Holmes games came in the early 2000s when Ukrainian developer Frogwares launched the modern Holmes franchise that remains unparalleled today.

Over a dozen Sherlock Holmes games have been released in the last two decades, many of which are worthy of the famous detective with their ambitious stories, intriguing characters, and baffling puzzles. If you’re a fan of Holmes and Watson and want to try your hand at solving some mysteries, look no further than this list of the best Sherlock Holmes games.

First up on our list is an early installment in the Frogwares series, a point-and-click-adventure called Sherlock Holmes: The Silver Earring. And while it was a step in the right direction, this game was far from perfect due to technical issues. The Silver Earring is buggy and its user interface was frustrating to use.

On the flip side, it’s full of tricky puzzles, as well as excellent writing and voice acting. The Silver Earring’s visuals were ahead of their time in 2004 and the depth of its narrative surprised players. It deserves a spot on this list because it was a massive improvement from the developer’s previous game and hinted at the greatness to come from this adapted series.

Sherlock Holmes: Nemesis, also known as Sherlock Holmes Versus Arsène Lupin, revolves around a cat-and-mouse style plot in which Holmes and Watson resolutely pursue the famous French thief, Arsène Lupin, across Victorian London. This made for a fascinating battle of wits, but the gameplay was still lacking.

While many of the series’ longstanding technical issues had been fixed, there were some new and unusual design choices.

Watson’s hilariously awkward lack of a movement animation became a meme dubbed “Creepy Watson” because he would just magically teleport to appear in front of the camera no matter what. Therefore, no list of the best Sherlock Holmes games would be complete without Nemesis, even if not all the joy players got out of it was intentional.

The Devil’s Daughter might be the most action-packed and adventurous Sherlock Holmes game. However, this doesn’t always end up working in its favor. Parts of the story come across as unbelievable or don’t seem to fit with the canon, and there’s a lack of balance to the gameplay because many of the minigames seem like an afterthought.

In fact, the minigames in The Devil’s Daughter are so bad that when the skip option pops up, it feels like a godsend. Fortunately, that’s not the only form of gameplay and the actual case investigation and deduction process is quite fun and rewarding.

Although The Devil’s Daughter is generally a very entertaining adventure game experience, the story was a little too outlandish to be true to Sherlock Holmes and it also just didn’t do anything new that was worthy of recognition in the series.

Sherlock Holmes: The Awakened leaned into the Cthulhu mythos and gave players a stronger dose of the supernatural than usually found in the world of Sherlock Holmes. In The Awakened, Holmes and Watson find themselves taking on a sinister missing persons case that leads them across the Atlantic in pursuit of a cult.

This installment maintained the point-and-click mechanics while also adopting a first-person perspective. But since players didn’t love the change, Frogwares actually made a third-person mode available in the remastered edition.

The Awakened belongs among the best Sherlock Holmes games because its horror-centric plot pushed the boundaries of what fans would expect from adaptations of the character. But it worked in nearly every way, reminding us that few things are more legendary than a mash-up of the Lovecraft and Doyle universes.

6. Sherlock Holmes Versus Jack the Ripper

Another cat-and-mouse style game, but this time dropping one of the biggest names in true crime history, Sherlock Holmes Versus Jack the Ripper puts you in the dark alleys of Whitechapel in 1888 as you try to identify the infamous killer once and for all.

While the case deduction process makes you feel like you’re actually solving a murder mystery, some of the solutions are extremely difficult to work out. The player-friendly mechanics may help you out with searching for clues, but you’re on your own when it comes to solving puzzles and cracking codes.

Sherlock Holmes Versus Jack the Ripper deserves a spot in the best Sherlock Holmes games because it does justice to its iconic subject matter and delivers puzzles sure to stump even the slickest detectives.

Not all of the best Sherlock Holmes games feature the great detective as the main character. In fact, one of the most unique depictions of Holmes is found in The Great Ace Attorney: Adventures, released in English as the first of a two-part compilation where you play as Ryunosuke, ancestor of Ace Attorney Phoenix Wright.

Ryunosuke works alongside a detective character curiously named Herlock Sholmes who uses deduction and reasoning skills to help you work out solutions. This Sherlock Holmes isn’t infallible though, as he’s typically portrayed.

Like his name suggests, Herlock Sholmes tends to just barely miss the mark, giving the player a chance to visualize his thought process and then take it a step further. The Great Ace Attorney: Adventures deserves a spot on this list for such a creative adaptation of the beloved detective, even as a side character.

4. The Testament of Sherlock Holmes

The Testament of Sherlock Holmes hits a sweet spot in the Sherlock Holmes video games genre. From the perspective of atmosphere, narrative, and gameplay, it does everything right that you might expect as a fan of the novels or detective games in general. Even though the game’s plot and its cases aren’t based on any of Doyle’s works, it feels seamlessly Holmesian.

In a unique turn of events, Holmes finds himself being accused of a high-profile theft. Throughout the game you get to play as Holmes, Watson, and their trusty basset hound, Toby, which is a cute and lighthearted addition.

At number three on the best Sherlock Holmes games, the only thing preventing Testament from taking a higher spot is simply that it hasn’t aged well or been remastered. It’s still an indispensable addition to the genre and paved the way for the excellent games that would follow.

Part two of the Chronicles compilation, The Great Ace Attorney 2: Resolve also features the eccentric character Herlock Sholmes, but this time the overarching story moves toward a dramatic, emotional climax that puts it just ahead of Adventures. Not only that, but in Resolve every one of the five cases feels both enjoyable to play and critical to the plot.

Resolve holds a high ranking on the best Sherlock Holmes games because of the way it portrays the Holmes-inspired character and his complex backstory. While fans of the novels have noted that Sholmes isn’t a particularly accurate representation of Doyle’s leading man, his parody-derived traits are endearing and in many ways he is deeper than anyone would have expected.

Resolve showed us that you can play around with an extremely well-known and over-adapted character and still produce something that feels fresh.

In a very interesting departure from Frogwares’ previous work, Chapter One actually takes place before all the other games and stars an early 20-something Sherlock long before his consulting detective days, and before he met John Watson.

This time around, Sherlock’s companion is his childhood friend, Jon. While young Sherlock is, as you’d expect, brooding and temperamental, Jon sticks by his side just observing everything and running a much-appreciated witty commentary.

With Chapter One, Frogwares really went just the right distance outside the box to give players a refreshing take on the overworked detective character that still feels true to the original concept. Combined with unforgettable new characters and an open world that gives life to the sunny isle of Cordona, Chapter One is among the best Sherlock Holmes games that you can play.

Crimes & Punishments is the quintessential title in the best Sherlock Holmes games because it’s still the truest experience you can get to actually being Sherlock Holmes. As you traverse the streets of London, seeing what others cannot, you really feel like you’ve stepped into the shoes of the brilliant detective.

The game’s tone is delicately balanced between edgy and lighthearted, and each case gives you the exact information you need to reach a solution. The “mind palace” or deduction mapping mechanic also works the best in Crimes & Punishments out of the series, requiring a fair amount of thought to make connections but not relying on guesswork.

Interrogating suspects and subsequently deciding to absolve or condemn them grants an almost uncomfortable amount of power. Crimes & Punishments instills real stress in the player about how to conclude a case and what perpetrators “deserve”. For a video game adaptation of a literary character, Crimes & Punishments is so impressive that it absolutely has to be number one.

READ NEXT: 15 Best Detective Games You Should Snoop On