10 Best One Piece Openings Of All Time 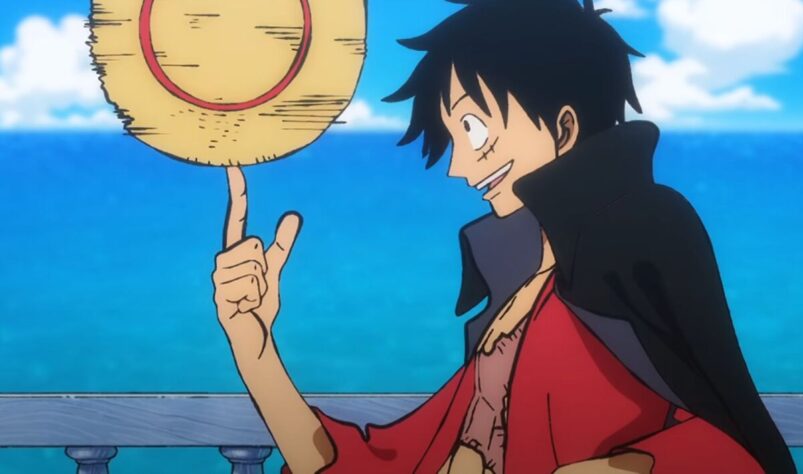 Over the past two decades, One Piece has remained one of the most successful anime ever released. Thanks to Eiichiro Oda’s meticulous storytelling and world-building, fans continue to follow the series despite reaching over 1000 episodes. We’ve also seen its animation evolve throughout the years, from the classic ’90s art style to its current modern graphics. Moreover, one of the qualities that stands out the most in One Piece is the music, particularly the openings.

Anime openings can easily make shows memorable to viewers, and One Piece is a good example. One Piece’s original soundtracks are phenomenal, as they can hype people up or make them emotional every time. It also offers catchy openings that you’ll probably find yourself singing along to. Plan on listening for yourself? Then here are the best One Piece openings.

Even though it’s last on this list, “Hard Knock Days” is still a lit opening. From its visuals to its vocals, this opening sequence delivered much-needed excitement to fans. It also showcased many exceptional scenes, such as a well-awaited character return and Luffy’s allies running along with him.

“Hard Knock Days” was definitely one of the better One Piece openings released. However, there are still better openings compared to this one.

One Piece has always been known to deliver banger content, and “Wake Up!” is one of them. When fans listen to this song, it gives them the energy they need to truly wake up, pun intended. It also features the Straw Hats fighting several antagonists, from the Admirals to Blackbeard himself.

However, these fights didn’t happen in the anime, which was quite a letdown. Still, “Wake Up!” makes up for it with its hype music and animation.

8. “Fight Together” by Namie Amuro

“Fight Together” is one of the most impactful One Piece openings, representing Luffy’s darkest times after experiencing a severe loss. After Luffy went through tragic events, he was on the verge of giving up until he was reminded of what he had left, his crew. This opening did just that, it showed the viewers what drives Luffy to move on and continue pursuing his dream.

Sometimes, life may look grim, but this opening reminds you that you can still get past trying times as long as you fight together.

This opening is more emotional, as it shows the Straw Hats’ struggling to take back their crewmate who left. The song talks about the “Hope” that they’re holding on to, which it was able to portray beautifully through its visuals and vocals. Compared to other openings, this one just hits differently.

“Hope” was first aired during the Whole Cake Island arc, a fitting storyline for an emotional opening. Namie Amuro also poured her heart out while singing the song, so that’s why it earned a spot on this list.

6. “Kokoro no Chizu” by BOYSTYLE

If you want an opening with a happy-go-lucky vibe, then you’ll like “Kokoro no Chizu”. This opening captures the joyful nature of One Piece, and yet it’s aired during one of the most emotional arcs ever. Still, the chorus is so catchy that it might make you put the song on repeat.

Even though “Kokoro no Chizu” is quite dated, it still holds up with the current openings. Thanks to the former j-pop group BOYSTYLE, we’ve got ourselves a song that can liven us up anytime.

“Share the World” is one of the more unique openings introduced in One Piece. The tone and rhythm TVXQ brought to the table are unlike any other openings we’ve seen, but that’s what makes it excellent. This One Piece opening stands out because of its pop style, well-written lyrics, and the artist’s energy.

This opening is a fine addition to any anime or pop music playlist. Listening to TVXQ’s top-notch vocals can bring out all sorts of emotions within you.

After Toei Animation displayed better animation for the Wano arc, their openings also started to become better. “DREAMIN’ ON” is a perfect example since the animation quality reached new levels during this opening. To top it off, the song’s lyrics and overall tune give you that feeling of excitement that One Piece never fails to deliver.

“DREAMIN’ ON” speaks for the quality of One Piece as a whole since it shows that it’ll continuously evolve and improve itself as long as it’s still running.

“Brand New World” served as the opening for the early parts of the Enies Lobby arc. Thanks to D-51’s singing, fans were given one of the most catchy One Piece openings ever created. It also featured many iconic scenes from Enies Lobby, such as Luffy’s first-ever Gear 2 transformation. But most of all, it successfully hypes you up for the battle between the Straw Hats and CP9.

Enies Lobby is one of the best arcs in One Piece, which is why it deserves an opening as good as Brand New World.

2. “OVER THE TOP” by Hiroshi Kitadani and Kohei Tanaka

As the first opening of the Wano arc, “OVER THE TOP” marked the beginning of a new One Piece era after it showcased Toei Animation’s new and beautiful art style. Furthermore, its intro can instantly give you chills and goosebumps, making it one of the more powerful One Piece openings.

This opening feels like Toei increased their budget with the incredible visuals and lyrics, which definitely paid off.

Of course, no other One Piece opening can beat the nostalgia of the original. “We Are!” is the first One Piece opening ever released, and it’s also the best one out there. Its lyrics never fail to give you the sense of adventure that One Piece is known for. Pair it with Hiroshi Kitadani’s vocals and Kohei Tanaka’s musical score, then we’ve got ourselves an opening that perfectly encapsulates One Piece.

Since it’s so iconic, “We Are!” is the only opening with multiple versions, with the one above being the latest. This remake was created as a commemoration for One Piece reaching 1000 episodes, and over the course of all those episodes, “We Are!” still stands as the best One Piece opening.

READ NEXT: 10 Strongest One Piece Characters of All Time