Best Microfiction 2021 Proves The Value Of Keeping It Short

Settle in for tiny masterpieces. 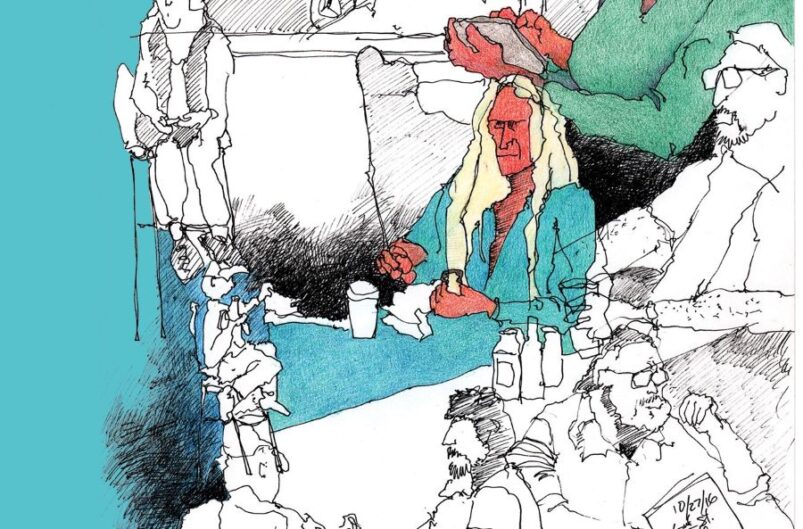 Flash fiction, microfiction, or short short stories; fiction that ranges from only a sentence to a couple pages has gone by many names. It goes back to early forms such as fables and parables, which are known for often being very brief. Some more modern examples include Ernest Hemingway’s six-word story and Girl by Jamaica Kincaid.

Hemingway’s six-word story, for those who don’t know, goes “For sale: baby shoes, never worn.” The bare minimum of information is given to the reader and they’re left to allow the tragedy behind the words to hit them. Hemingway referred to this as “iceberg theory.” The underlying themes are allowed to stay “below the water” for the reader to interrogate from parts that are above the surface. Flash fiction runs on this, its economy of words requiring the writer to pack as much power in each sentence as possible.

With the internet now as the primary form of communication, and likely due to it killing attention spans, more online literary magazines have opened up to the form. In Best Microfiction 2021, editors Meg Pokrass, Gary Fincke, and Amber Sparks select the best published pieces in this form from the past year.

The submissions come from all over the world and were originally published in places ranging from Electric Literature, to X-R-A-Y, to Kenyon Review Online. They also cover a wide variety of subject matter. One that stood out to me was Alice in Voreland by Lauren Friedlander. Vore, for those unaware, is a type of fetish that involves a person (and oftentimes not a person, a monster) swallowing the desired partner whole. Playing off the parts of Alice in Wonderland where the titular character takes substances that makes her grow, the Alice of Friedlander’s piece takes a pill that grows her into a giant and then swallows her girlfriend to fulfill her desires. When she later shits her out, she uses it as fertilizer, hoping to grow her back again.

The piece takes prurient subject matter and makes it a beautifully crafted piece of prose that works both as erotica and as examination of the nature of desire. It cycles through being funny, grotesque, and sad, all while being barely a page and half. It’s an excellent example of the power of flash fiction in a skilled writer’s hand.

Many of the pieces incorporate a magic realist element. In Lost Memory by Jeff Friedman, a man’s sister steals one of his memories as if it were a physical belonging. In the ensuing confrontation, the man recovers it and, realizing he never wanted the memory back, quickly gives it back up. It weaves a very brief but engaging story from an interesting impossibility and leaves the readers thinking. What memory could this man have had that he wants to give up as soon as he had it, but his sister was so eager to steal?

Some of the pieces are written in more unusual forms such as lists or entries in reference material. In Rejected Endings for Titanic by R.P. Wood, four alternative endings to the James Cameron blockbuster. Three of the four are fantastic and humorous, the fourth is tragic, intentionally sucks all the romance from the film, and is far more realistic than the actual film’s ending. It’s an entertaining piece in its own right and a thoughtful piece of pop culture commentary.

I highly recommend picking this book up, and I think it should be read in a specific way to get the most of it. While I read the whole thing through in a short time for this article, I believe this is one to keep near you and when you have only a minute or so to kill, pick it up and read a piece whose title appeals to you. This way, you’ll have a lot of time to really digest the images and messages of the piece. Most of the authors put a lot of meaning into these very short works, and they deserve a lot of unpacking.