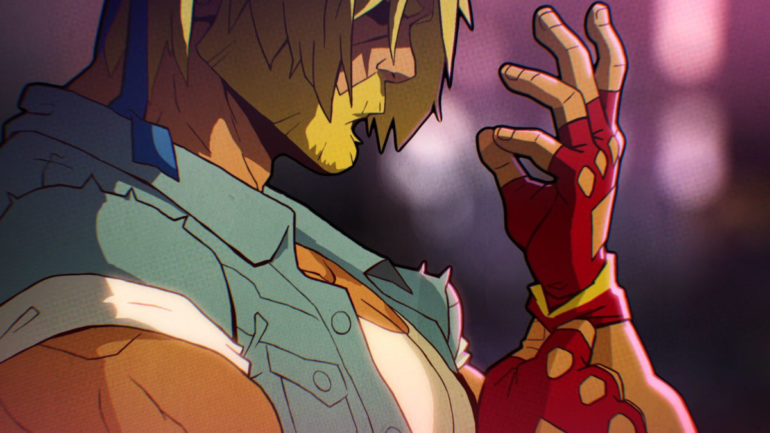 The beat ‘em up genre is one of the most enduring in gaming. There’s something about the idea of constantly moving to the right and beating the snot out of people in your way that has compelled people in gaming for decades. I feel there’s a political joke in there somewhere, but I’m probably not intelligent enough to make it.

Modern day beat ‘em ups often try to evolve the key formula in different ways. Speed Brawl took the beat ‘em up genre and combined it with speedrunning-esque platforming and racing, while Way of the Passive Fist inverted the formula entirely as you dodge and parry attacks in order to whittle down your enemies’ stamina.

While evolution is certainly encouraged, and is what helps a genre to survive for generation after generation, sometimes you just can’t beat the classics. For beat ‘em ups, there’s nothing better than seeing that classic, old school formula nailed to perfection, and Streets of Rage 4 is the perfect distillation of that.

Functionally, Streets of Rage 4 doesn’t differ too much from the original trilogy, as you move through the levels, punching, kicking and grabbing your way to victory. If you have any experience with the older games in the series, you could easily jump into Streets of Rage 4 and have a great time, especially once the unlockables start rolling in (we’ll get there).

The core controls of two attack buttons and a jump remain the same, but there’s more going on in Streets of Rage 4 with its special moves and combo system. Depending on which direction you press as you use your special move, you’ll perform different moves, which can be incorporated into your regular attack chains for some truly impressive combos.

With five main characters, each with their own movesets and stats, you’re spoiled for choice when it comes to finding your preferred playstyle. Characters like Axel and Adam are your good all-rounders, with decent speed and power, while Blaze and Cherry are much quicker and more agile. Then there’s Floyd, the big dude with robot arms that hits like a goddamn freight train.

All five of these characters have their benefits, and that’s without getting into the unlockable throwback characters, with sprites from older games now playable in Streets of Rage 4. Playing as a retro version of Axel or Blaze is a novel throwback that celebrates the series’ history in a compelling way, and I love it. Even if the older characters aren’t as robust as the new offerings, they’re still great fun to play as.

Streets of Rage 4 is gaming joy at its most basic. It makes no apologies for what it is, and doesn’t try to be anything but a fantastic beat ‘em up. While it might not be an epic, 100 hour adventure across an expansive world, it is a game you can just pick and play with little to no effort. Now to sit and wait for the upcoming DLC. I’m praying for a playable Estel, because oh boy, that is a fantastic character design.