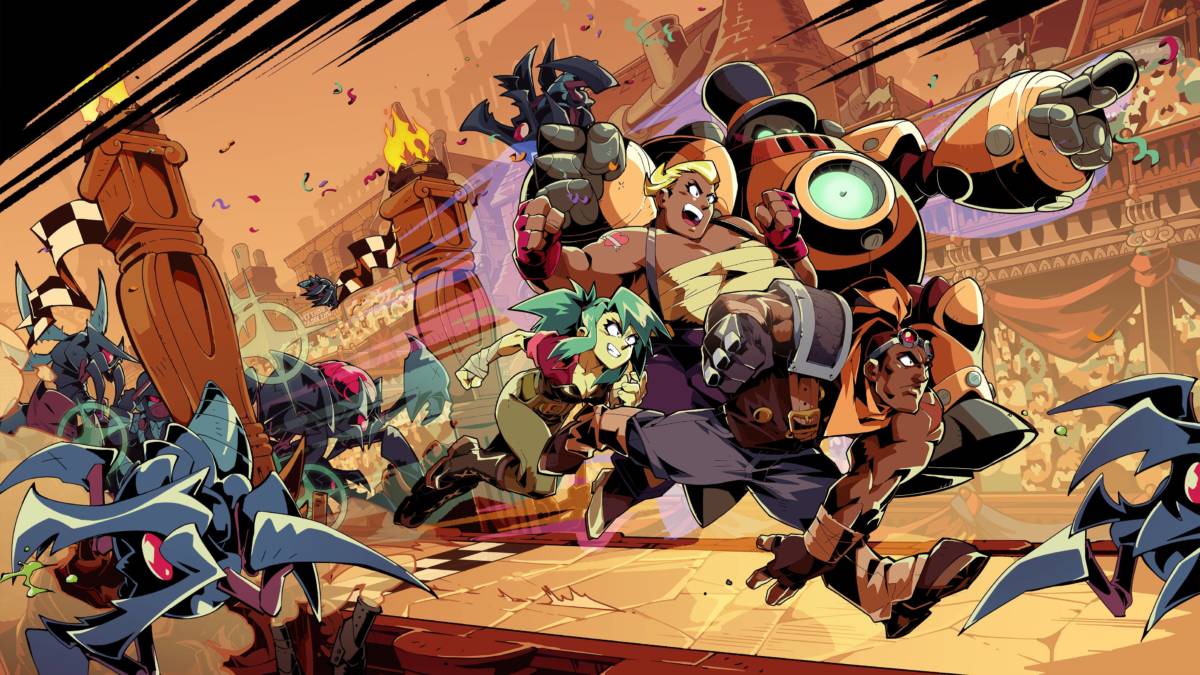 Speed Brawl was low-key one of our more anticipated indie titles of 2018, combining the adrenaline bursting speed of a Sonic The Hedgehog game with the brutality of a Final Fight or a Streets of Rage. Set for a September 19th release, we patiently waited to play it. Then we waited, and we waited some more.

Turns out, Speed Brawl only saw a September release in America, leaving us here on the other side of the Atlantic out in the cold. After a month and a half of additional waiting, Speed Brawl has finally launched in the UK, and it’s been worth the wait. That said, it’s an experience that won’t exactly be for everyone.

Speed Brawl takes place in an alternate history version of the Victorian Era, where Britain was besieged by a decade long alien invasion. After giving the extraterrestrials a pounding, the Speed Brawl events were created using the leftover aliens as punching bags. You control a team of characters looking to make a name for themselves in the lucrative tournaments, but a shadowy figure seems intent on crushing you. 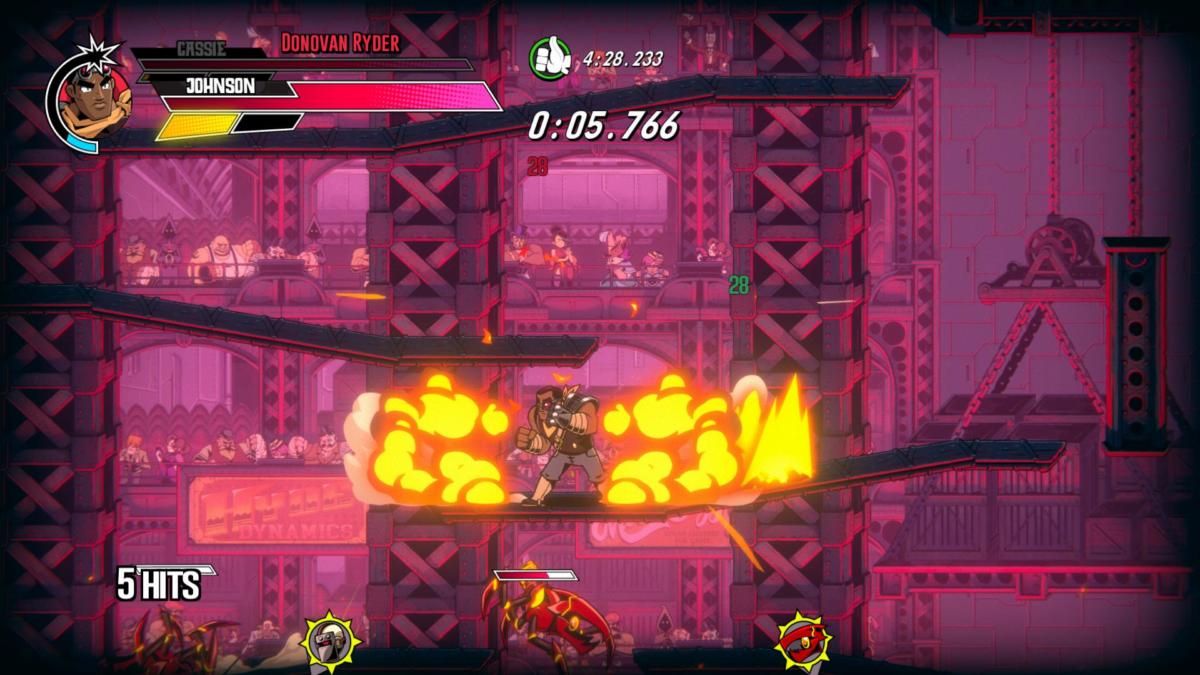 The game itself is a 2D brawler with standard attacks and special attacks tied to X and Y respectively. It sounds simple enough, but there’s so much more going on underneath that it’s hard to know where to begin, so let’s start with the game’s first word: speed.

Instead of just punching dudes and monsters and waiting for the big “GO!” sign to appear at the side of the screen (though that sign still appears), you’re against the clock. Each level is like a time trial designed to be completed as fast as possible, with interactables like poles all placed along the track for you to build momentum.

As for the “brawl”, you control two characters who can tag in the middle of a fight, allowing you keep the momentum going even if one of your characters gets knocked right on their arse. Momentum is just as important to fighting as it is to getting to the finish line, as your attack power increases the faster you’re moving. Yes, you can swing off a pole into an attack, and it looks amazing. 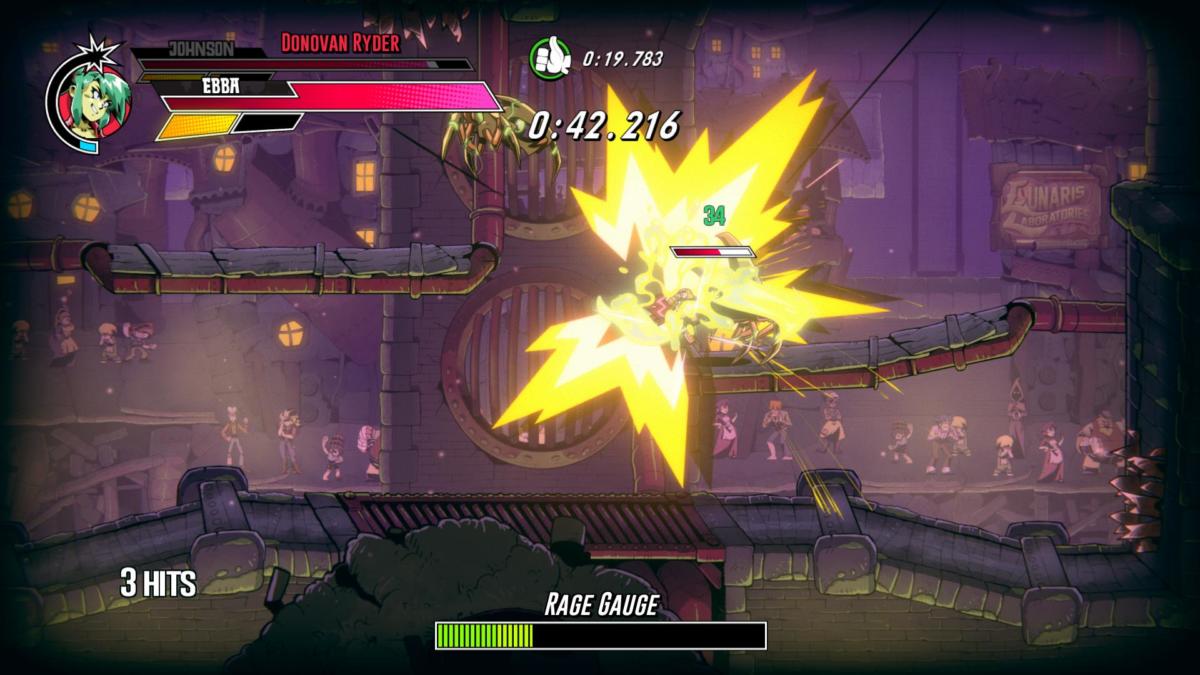 Those previously mentioned interactable items also include hazards like barrels (both vanilla and explosive varieties), wrecking balls, lever controlled buzz saws and more, all of which can be interacted with by dashing. Unleashing these hazards on the enemies helps you to complete levels as quickly as possible, so it gives each fight an intriguing puzzle like quality as you try to figure out the best strategy to wipe out those pesky aliens.

The characters themselves fit into one of two categories: speed and power, both of which are fairly self explanatory. Speed characters move faster, strike quicker and are more comfortable in the air, while power characters prefer to keep things on the ground because they can hit like a freight train.

The characters also look incredible. The world of Speed Brawl and its inhabitants are all beautifully animated, with everything in sight dripping with colour and vibrancy. It’s clearly anime inspired, but it looks great. Not that you’ll be able to notice mind you, what with you racing through a room at 100mph lamping enemies in the jaw. 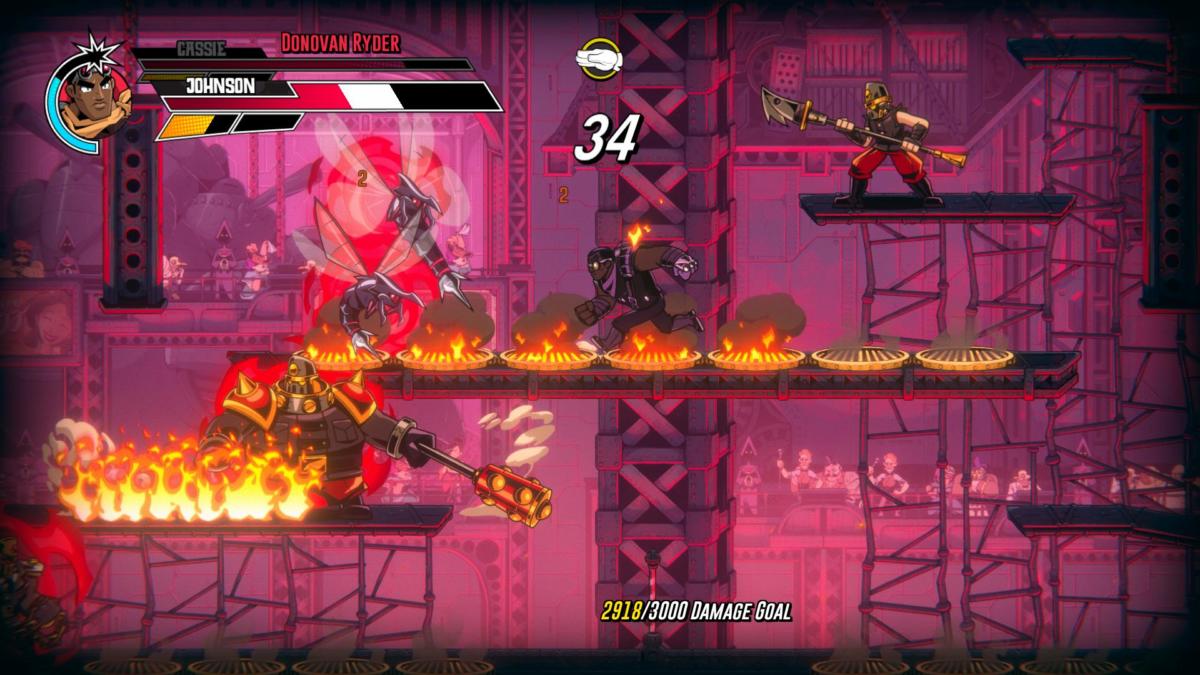 Though the age old adage is “easy to pick up, hard to master”, that isn’t entirely true with Speed Brawl. It will take a couple of levels to get used to the nuances of the game, and it’ll take even longer still to really master everything the game has to offer. Trying to gold medal every level before moving on will prove to be a real challenge for many players.

That said, the harder a game is to crack, the more satisfying it is when you do, and Speed Brawl is no exception. Being able to quickly dispatch a room full of enemies and move on to the next level or that illusive gold medal is immensely rewarding, even if that’s only because you earned better equipment in a later level and backtracked. It still counts.

The campaign tasks you with rising through the ranks of the Speed Brawl leagues, with each league throwing new challenges, obstacles, enemy types and more at you. Some levels are straight races to the finish, some require you to build combos while others dump you in a room with an invincible boss and force you to do as much damage as possible. The variation in level structure helps keep the game fresh in the 10+ hours you’ll spend battering your way to the top. 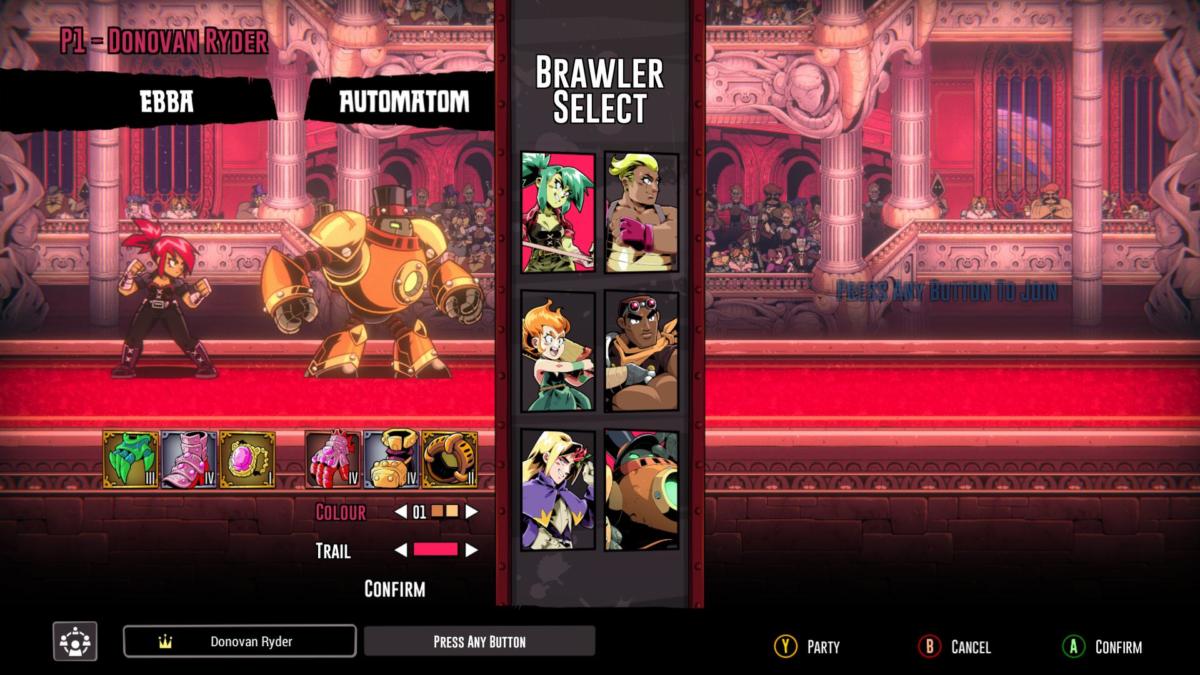 There are some drawbacks with Speed Brawl, as its frenetic and chaotic nature means that it won’t be for everyone. It can be hard to keep track of everything going on on-screen at any one time, which will be overwhelming for the majority of casual players. The game also suffers from some balancing issues. One of the game’s loading screen tips is to buy new equipment from the store if you’re struggling, but my gear was often better than the shop gear, which meant if I struggled, I was out of options.

Those are only minor drawbacks in a game oozing with charisma and personality. When a game like Speed Brawl looks and feels this good to play, you have to take notice. With plenty of content, bags of charm and humour, a killer soundtrack and fantastic gameplay, Speed Brawl is well worth your time.

Verdict
A must have for any beat ‘em up fan, Speed Brawl’s unique take on the classic genre is well worth checking out. Microtransactions: None
8