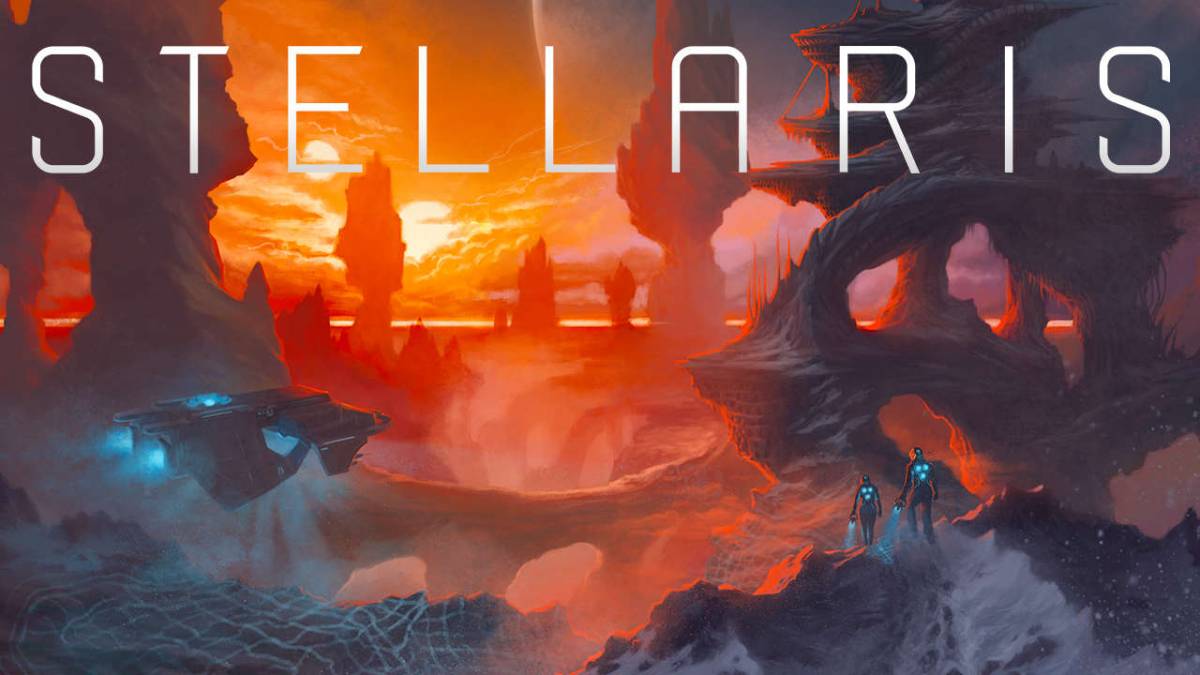 There are more space games out there than you can shake a carbon-based protein rod at.

Seriously, we are now at the stage where even Call of Duty is floating off out there into the great starry void, trying to carve out a piece of that sweet dark matter for itself. It seems easier now than it’s ever been for games to aim for the stars, yet very rarely do they accomplish much more than crash-landing in the South China sea like a mediocre satellite. Very rarely can a game blast off and nail the final frontier in such a way that the adventure and wonder of an endless unknown can coexist peacefully with complex science fiction elements. Enter: the 4X strategy game. Enter: Stellaris.

Being a Paradox game, I must confess a degree of reservation at the concept of a 4X space strategy title coming from the makers of Europa Universalis IV, which quickly feels like you need a Doctorate in History and Political Science to play. I ran 17th Century Scotland into the ground within my first decade in Europa Universalis IV, so I wondered how the hell I was going to manage an interstellar society comprising of billions of citizens. It would be the Dundee rebellion all over again, but this time with talking Shiitake mushrooms in space suits instead of angry guys in kilts. Except, it just wasn’t.

Stellaris is remarkably approachable for a game that covers such an incomprehensible scale, allowing the player to design a race of mammals, reptiles, fungi, genital warts or whatever, from their societal traits and government to their very appearance. Then, unleash said race upon the galaxy in order to explore, conquer and generally have a crack at omnipotence out there on the galactic stage.

The galaxy is populated with worlds that are varied and detailed, forcing the player to invest in and carefully manage colonies and populations on inhabited planets, and to fine-tune them if maximum efficiency is to be achieved. Some worlds are lush, atmosphere-rich jackpots, and others will require a player to adapt or die. This level of planetary mechanics makes acquiring planetary real estate more than just taking over a coloured spot on the map. The sheer fluidity and clarity of the information and options available at the player’s fingertips effectively smooths out that steep learning curve, or wall; we have come to expect from some of Paradox’s more intimidating games. Stellaris is user friendly, and although as with any Grand Strategy game, there is a lot to learn; Stellaris makes it easy to pick up with an engaging and addictive early game phase.

The eyes, ears and sometimes the iron fists of a galactic empire – its fleets – are a joy to develop and manage in Stellaris. The ship design features are straightforward and easy to pick up, utilising a simple module system that allows for anything from quick upgrades to full-overhauls, all based upon a consistent starship style selected by the player. It makes FTL-hyperdrive-interstellar rocket science feel like Lego.

Naturally, a Grand Strategy 4X game would be nothing without its research tree. We’ve all seen these comforting things in their various incarnations, the steadily growing branches of knowledge and power available to an empire as it evolves satisfyingly. Stellaris takes a simpler yet arguably better approach to the classic concept. Three options are immediately presented to you upon completion of a research project based upon immediate availability, rather than a vast tree that allows you to plan ahead and aim for a technology that, let’s face it; you simply would not know about at that particular stage in the game. Working your way towards a societal or engineering marvel that is inconceivable to your people at this stage, yet they still know about; just feels a tad unreasonable, and Stellaris removes this inconsistency by offering a better option for a player who likes to feel as if it’s real.

The player can also assign individual characters to manage fleets as Admirals, to oversee planets and colonies as Governors or to take charge of a research branch they specialise in. Characters can develop personality traits and even negative qualities that impact upon their roles within your empire, which breathes life into what would otherwise be a static and unremarkable playing piece in the grand scheme of things. It builds a sense of layered narrative that feels organic and unique, and keeps the player interested in how their civilisation’s assets develop.

With features such as galaxy-threatening crises to spice up the endgame, and quests to undertake in the name of your glorious and all-powerful space people, Stellaris succeeds in many areas that large-scale strategy games so often fall short of. Where Grand Strategy premises can over-reach and lose touch with the player, Stellaris keeps things interesting. It enriches a smaller picture so that the player can watch it crafting the bigger one. This is what a space strategy game should be.

One thing that Stellaris does not offer, is boredom.