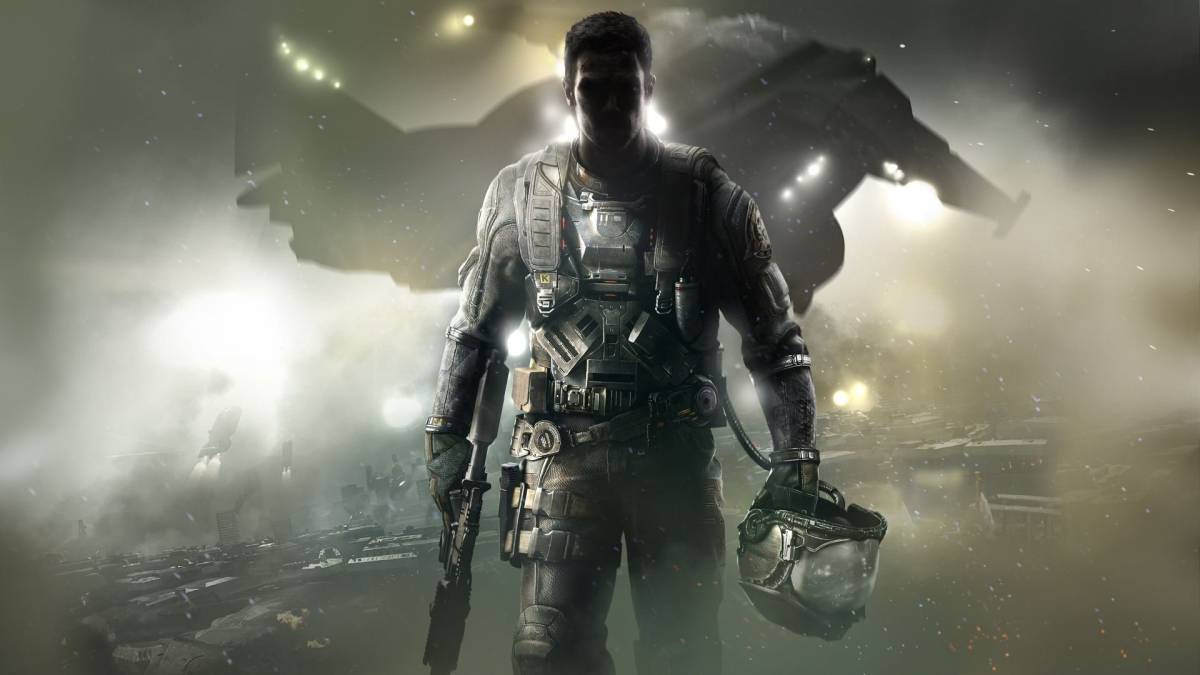 Call of Duty is a series all about battles, but this year it has been involved in the biggest battle in its history: the fight to keep itself relevant. After a public mauling on YouTube following the controversial decision to switch the action to the stars, Activision Blizzard’s biggest earner looked like it was wobbling. It hasn’t helped its cause at all that its two biggest direct rivals, Titanfall 2 and Battlefield 1, have been critical darlings.

Now that it’s finally here, is Infinite Warfare more than just Call of Duty in space? To put it bluntly, no.

It’s exactly what you expected, which isn’t to say that it isn’t a mighty fun ride at times. Two thirds of the Infinite Warfare experience is polished and easy to recommend; the remainder is among the worst, most infuriating multiplayer grinds I have ever encountered.

No matter what the detractors may say, Call of Duty has always possessed solid and sometimes spectacular single-player campaigns. You’re bound to stumble across a cynical blog decrying the demise of narrative in FPS games whenever you do a bit of cynical Googling of your own. That’s a tired criticism and one that Infinite Warfare (with the aid of its two competitors) has put to bed in 2016.

Compared to its peers, Infinite Warfare’s space opera doesn’t hit the same enthralling notes with its story, owing to a general lack of exposition and emotional punch. It’s hard to invest in the conflict between UNSA (the good guys) and SETDEF (the bad guys) when so much of the world-building is left for the player to stitch together themselves. It opens cold and asks that you try to keep up as it floods you with information that can either be irrelevant or essential – best of luck trying to distinguish what’s what.

Taking the role of Nick Reyes, one of the series’ more interesting “gruff shooting dudes” in recent years, you have to fight your way across space and take down Salen Koch, the leader of the SETDEF movement played unremarkably by Kit Harington. As the perennial hero, kudos has to go to Harington for trying to vary his output, but his portrayal of the galactic villain never registers as it should. He is convincing at times, but is too obsessed with bellowing like an incessantly outraged YouTuber to make his threats carry any weight. It doesn’t help that his character is paper-thin, murdering one of his own soldiers to show that he means business; a trope of antagonistic character development that is beyond played out.

It’s the rest of the cast where the campaign really shines, particularly when it comes to E3N (Ethan): a robotic killing machine who also happens to be a bit of a sarcastic arsehole. It’s been a good year to be a robot in FPS games and, although the bond between Reyes and Ethan may not be as a captivating as the one shared by Cooper and BT in Titanfall 2, Infinite Warfare’s “broforce” offers plenty of memorable moments. Reyes’ other primary partners in crime, Omar and Salter, offer plenty of banter and enough charisma to make the dialogue zip along and carry the story.

Where Black Ops III kind of gave up with the campaign and just basically said “do whatever you want”, Infinite Warfare’s offers plenty to interest even the most disgruntled of CoD veterans. Side-missions are a welcome distraction, giving you the chance to unlock better equipment for the primary missions and flesh out the stories of Reyes and his team. This is one aspect of Infinity Ward’s newest foray that threatens to be RPG-lite, but always keeps the player at arm’s length, which is a shame. Infinite Warfare has all the ridiculously loud and sometimes difficult to follow set-pieces you would come to expect from a Call of Duty game, prodding you from one corridor firefight to the next, but they are broken up well by the intermissions aboard your ship. It just needs something extra and it could very well provide the single-player template for the next few editions of the yearly giant.

As much as the headlines may have been claiming it’s Battlefield 1 vs. Infinite Warfare this year, the new CoD actually has a lot more in common with Titanfall 2. Recent editions have “borrowed” an embarrassing amount of mechanics from Respawn’s series with half the finesse. If Titanfall 2 plays like a warm knife through butter, Infinite Warfare is a plastic spoon through a frozen ham hock. It’s often thrilling to play, though there’s a pervading sense that it’s very much a case of the master becoming the apprentice when you play them both within quick succession of each other.

IW’s gameplay makes up ground with its presentation, a tantalisingly potent mix of sound and bluster. It’s cinematic during almost every firefight with each bullet feeling lethal and impactful – you know you’re in a battle. The HUD has also been overhauled, displaying when an enemy has been downed by a grenade or simply injured, which is a welcome change. Space battles, although not as exciting as they could be considering the scale, are fluid and implemented well to break up the sometimes plodding action down on the ground.

Once the relatively brisk campaign is out of the way, the majority of CoD’s expansive fanbase will turn their attentions towards the multiplayer. It’s buoyed the franchise for years, but Infinite Warfare’s edition threatens to sink the ship.

As someone coming back into CoD multiplayer for the first time in a few years, my experience was one of painful attrition. The series has become so insular and obsessed with keeping its fans happy that the multiplayer is almost unapproachable.

There’s a sweet spot in multiplayer FPS games when the initial confusion and growing pains fade away and familiarity sets in. I find that it typically takes two hours before the true game begins. With Infinite Warfare, however, six hours have grinded along with nothing to show for it. I am still at a disadvantage, the other players still have better gear and, most importantly, I am still not having fun. My K/D has improved as the hours go by, but if every kill and victory feels flat, what’s the point?

For some reason, Infinity Ward have deemed it necessary to make the mechanics of multiplayer even denser and less concentrated than ever before. There’s an unbelievable amount of fluff designed to keep the player interested, but instead it quickly rears its head as a grind. It requires a serious amount of patience before anything at all useful becomes available, leading to a lot of one-sided confrontations with the Jean Claude Van Dammes making up the other side. There’s no sense of balancing across any of the modes, whether it be Team Deathmatch, Domination or Uplink.

The game introduces combat rigs: a way of making your character feel unique with special equalizers that ultimately end up feeling inconsequential. There are six in total but half of them are unavailable from the offset, though it’s hard to say that it’s worth the effort. It’s hard to say that any of the multiplayer is really worth the effort, in truth. Where Battlefield 1 and Titanfall 2 made the player feel like they’re taking part in true warfare, CoD’s multiplayer is disjointed, underwhelming, and slow to appease.

Even after “gitting relatively gud so the tears stop”, Infinite Warfare obsessively tries its best to frustrate the player. So many of the unlocks are sequestered away and left to the gallingly opportunistic Quartermaster function to dole out. It’s basically gambling, and not even the fun kind. The Quartermaster, who acts as basically Barney the Dinosaur if he tried to make children gamble, will only give items if you have a specific amount of keys with which to unlock crates. Sound familiar? There aren’t microtransactions to speed up the process just yet, but don’t think for a second that it isn’t part of the long-term plan for the game.

IW being three games in one has been a large part of its marketing – it actually does deliver in that respect. Zombies in Spaceland, a neon-infused take on the popular Zombies mode found all over the franchise, doesn’t feel at all like what else is in the game and it’s all the better for it.

It has more bells and whistles than ever and plenty of variety, which makes it all the more satisfying to get past a particularly troublesome stage. You can equip cards to help you out in a tight spot, collect different guns to make survival easier and also shriek like a scream queen when you realise it’s just you left on your team. It’s hard to find a group of strangers online who are always on-point with teamwork, though when you do, you feel invincible. Death will come often, but you can spend time in bizarre mini-games to earn a revive. It’s irreverent and silly, which makes for a welcome bit of levity from the sometimes heavy nature of the series as a whole.

Call of Duty: Infinite Warfare has bright moments that are too easily snuffed out by a weak, unapproachable multiplayer. Compared to its peers, it feels lightweight and as if it’s playing catch-up. The experiment in space has half-worked, though it might be better for everyone involved if the series took itself back to familiar territory, or maybe even took a break.