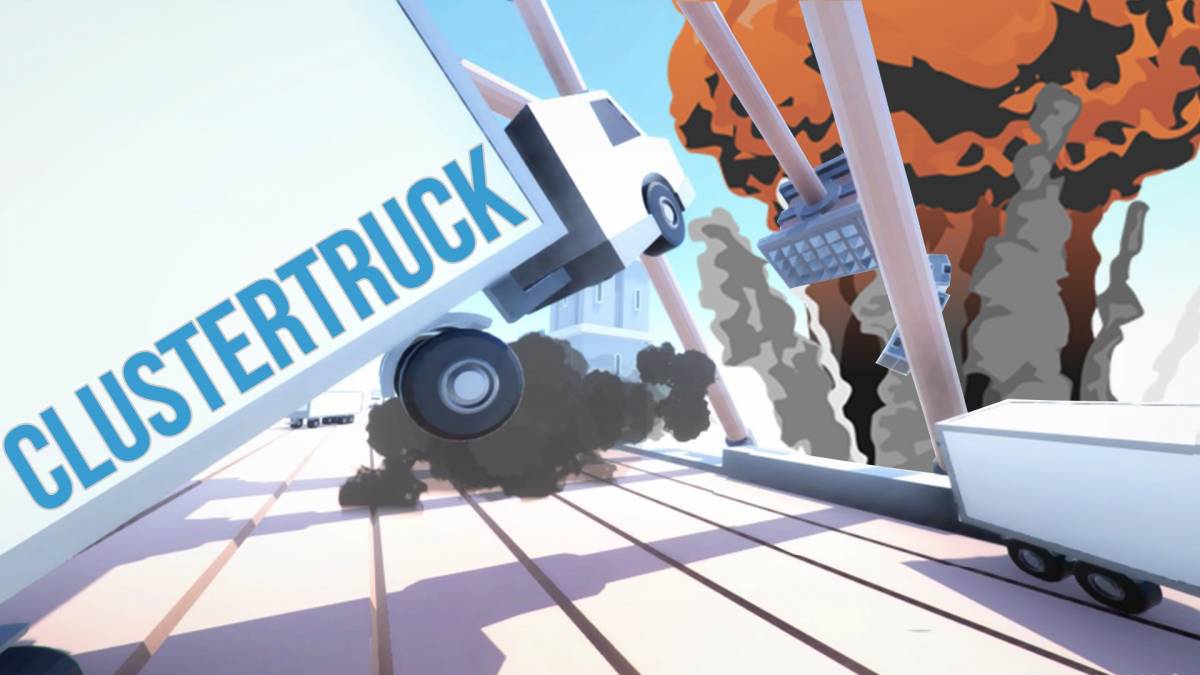 If you had told me earlier in the year that a game about leaping across trucks would go down as one of the best of 2016, I might have just laughed it off. Despite its apparent simplicity, Clustertuck is one of the most devilishly complex and difficult games to master that is almost irrepressible in its “just one more go” appeal.

After handily losing my sleeping pattern to the game one night, I realised that what Landfall Games had created was a work of pure evil. It’s essentially “the floor is lava” but on the strongest kind of crack, the type you will find cultivated in a secret underground lab. It does its best to make you feel like a kid, jumping from truck to truck, who each have little regard for the highway code or their own safety, often flinging themselves into multiple collisions that become more and more unbelievable the further into the game you progress.

Clustertruck takes it easy on you to begin with, lulling you into a false sense of security that the whole game will be this straightforward. The first two worlds are walks in the park with fairly obvious paths to the finishing line to adhere to. There’s a sense of achievement to be enjoyed for completing a level, but nothing quite as rewarding as besting a later level that’s been challenging you for the better part of an hour.

There are power-ups that you can lean on for help, though it must be said that only two are putting you at a distinct advantage: the double jump and the ability to slow down time. All of the others (harpoons, jetpacks) are gimmicky and mostly just for fun, which is the keyword for Clustertruck. As eye-poppingly difficult as it can get, the trials it puts you through rarely err on the side of impossible.

It could have easily coasted by on its novelty and put out as a few simple worlds and levels for a really low price; no doubt people still would have lapped it up. Instead, Landfall have added plenty of content and different ways to complete stages. I have never much been one for replaying games, but Clustertruck makes it too tempting to dip back in and go for that Hollywood moment on a level you’ve already beaten. If you’ve had several energy drinks and possess the same mental acuity as Stephen Hawking after a ruddy good nap, Clustertruck can be beaten in three hours. If you’re anything like me, you can look at between six to eight hours of failures and eventual successes.

Clustertruck would be beyond infuriating if there was long to wait after every fall to the death or questionable grazing of the environment (to the death). Luckily, “respawns” are immediate, so you never have long to wait until you can be jumping across trucks once again and it would be a challenge to resist doing just that.

For those wanting something deeper, a real narrative-focused game with plenty of characterisation and meaningful interactions, Clustertruck might not be for you (unless you’re really into truck/runner fanfic). For everyone else, pick up Clustertruck and lose yourself in one of the most innovative and refreshingly pure games of 2016.