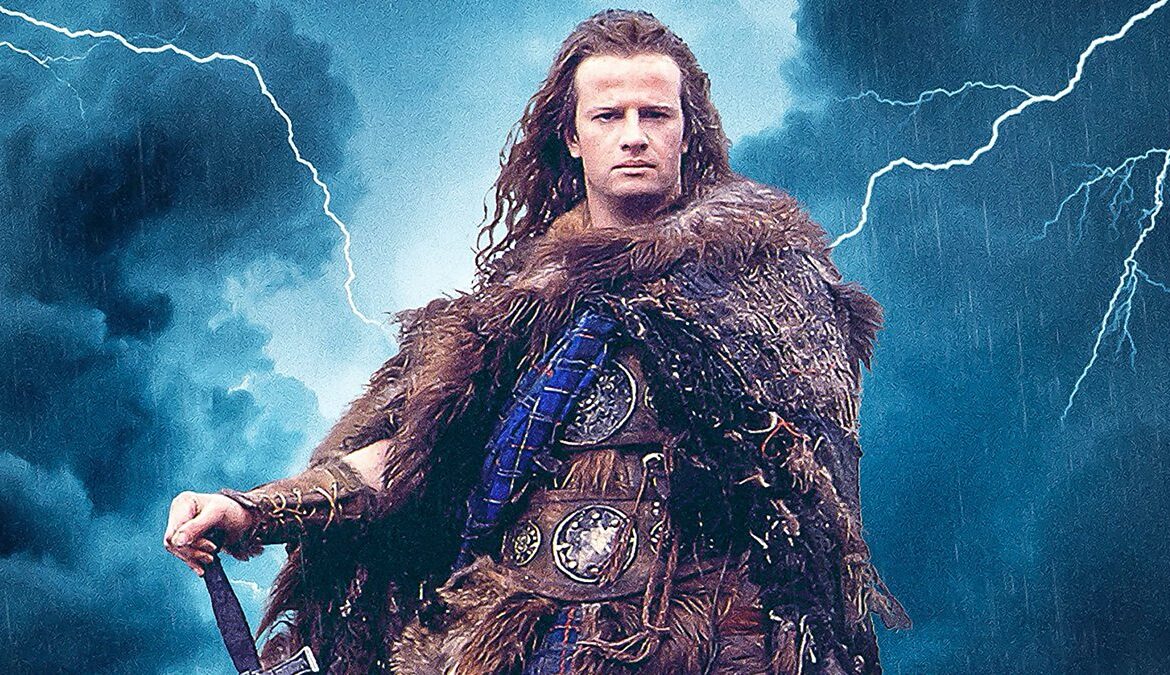 One of the major perks of an Amazon Prime subscription is that it comes bundled with access to Prime Video at no extra cost. So, if you’re a fantasy fan with an active Prime account you could be streaming hundreds of fantasy-themed movies for free right now. But with so many titles to choose from, where should you start? With this list of the best fantasy movies on Prime Video, of course.

We’ve scoured through the streaming platform’s entire library of films to round up the most spell-binding movies Prime Video has to offer. The list covers every conceivable flavor of the genre, from sword and sorcery to magical realism, and includes something for audiences of all ages. We’ve also ranked each entry by overall quality to ensure the decision-making process is that much easier.

Based on Andre Norton’s 1959 novel The Beast Master, this 1982 sword and sorcery outing is the definition of “cult classic”.

The Beastmaster stars Marc Singer as Dar, a musclebound warrior who can telepathically communicate with animals, Tanya Roberts as his love interest Kiri, and Rip Torn as his nemesis, the villainous high priest Maax. Dar, Kiri and his animal allies spend the film’s somewhat overlong 118-minute runtime fighting to overthrow Maax, in a fantasy tale which – duo of ferret thieves notwithstanding – brings very few new ideas to the table.

Still, The Beastmaster is good, schlocky fun in a similar vein to Arnold Schwarzenegger vehicle Conan the Barbarian (which, incidentally, hit cinemas the same year). Sure, the budget is low and the quality of the performances is even lower, but this movie’s entertainment value is sky-high. Director Don Coscarelli tackles the film’s outlandish plot and pulp dialogue with a commendable earnestness, and when that approach inevitably falters, The Beastmaster’s unintentional campiness gets the movie across the line.

The Indian in the Cupboard is an uncommonly restrained family fantasy film.

Directed by Frank Oz and based on the 1980 book of the same name by Lynne Reid Banks, the movie is built around a simple-yet-effective premise: a magical key allows nine-year-old Omri (Hal Scardino) to bring his toy Native American Little Bear (Litefoot) to life. The boy and his toy soon form a strong bond, as Little Bear teaches Omri some valuable lessons about growing up and being responsible.

A key selling point of The Indian in the Cupboard when it hit cinemas in 1995 was the film’s then-cutting edge visual effects. The digital trickery used to shrink Litefoot and other supporting cast members down to action figure size still mostly holds up today, and younger viewers in particular will be enchanted by these sequences. This is one of the best fantasy movies on Prime Video for children, without a doubt.

All three Shrek sequels are currently available on Prime Video – but of these family-friendly fantasy-comedy efforts, only Shrek 2 is truly worth your time. Falling just short of the brilliance of the original movie (which snagged the #6 spot on this list, incidentally), Shrek 2 boasts a similar winning blend of irreverent humor, heartwarming themes, and first-rate computer animation.

Directors Andrew Adamson, Kelly Asbury, and Conrad Vernon have a ball sending up classic fantasy tropes and firing off sly pop culture references, while still delivering a disarmingly affecting tale about learning to be comfortable in your own skin. They’re helped immeasurably by Shrek 2’s cast of returning vocal performers Mike Myers, Cameron Diaz, and (most of all) Eddie Murphy, as well as a bevy of equally-adept newcomers including Jennifer Saunders and a scene-stealing Antonio Banderas.

Shrek 2 is colorful, funny, and all over in under two hours – what more could you ask for from an animated fantasy film on Prime Video?

Jabberwocky has many of the hallmarks of a Monty Python film. It’s directed by former Python Terry Gilliam, counts Gilliam’s fellow Python alumni Michael Palin and Terry Jones among its cast members, and possesses the same surreal comedy vibe that made the British comedy group famous. Despite all this, Jabberwocky isn’t an official entry in the Python canon, which partly explains why this 1977 Lewis Carroll-inspired fantasy film is largely forgotten today.

That’s a real shame, too, since taken on its own terms Jabberwocky is a hoot – a delightfully bonkers, unrepentantly crass spin on the classic “hero’s quest” formula. Does it reach the same rarified heights as its spiritual predecessor Monty Python and the Holy Grail? Not at all.

But Jabberwocky is nevertheless wildly imaginative and often hilarious, and sees Gilliam begin to hone the idiosyncratic storytelling sensibilities that would inform his later, more well-received films like Brazil and The Fisher King.

A breath of fresh air when it hit theaters in 2001, Shrek is arguably the greatest postmodern fairytale of the last 20 years – if not ever.

Based on William Steig’s 1990 children’s book Shrek!, this DreamWorks animated comedy effortlessly skewers well-worn tales like Snow White and the Seven Dwarfs and Cinderella (not to mention their respective Disney adaptations). It also gives us one of the best buddy duos in recent memory in the form of Mike Myers’ surly ogre Shrek and Eddie Murphy’s motor-mouthed wise-ass Donkey.

Shrek’s computer animation is still as fantastic as ever, too, with a set-piece involving a fire-breathing dragon a particular standout. But what ultimately makes Shrek such a timeless classic is that, like its titular hero, underneath its jaded exterior beats a heart of gold.

Kids and their parents will gladly revisit this story again and again as much for its touching message about the true nature of beauty as they will for its rapid-fire gags.

Another 80s cult classic, Highlander chronicles the exploits of immortal swordsman Connor MacLeod (Christopher Lambert) as his final showdown with nemesis The Kurgan (Clancy Brown) draws near. The film exists somewhere between the sublime and the ridiculous, and its unique appeal is best exemplified by Sean Connery’s genuinely great turn as MacLeod’s Scottish-accented, Egyptian-born, Spanish mentor Ramírez.

Highlander has more to offer than semi-ironic charm, though. For one thing, the script by Gregory Widen, Peter Bellwood, and Larry Ferguson handles the lore surrounding its immortal champions and their mystical, centuries-old contest with admirable deftness. What’s more, director Russell Mulcahy and legendary fight choreographer Bob Anderson serve up some of the finest sword fights in the history of cinema.

The film is also striking because of the way Mulcahy and editor Peter Honess applied MTV-style music video editing techniques to a traditional Hollywood blockbuster. Highlander’s quick cuts and snappy transitions were ahead of their time back in 1986 – and keep the movie feeling fresh today, as well.

We’re reaching the pointy end of this round-up of the best fantasy movies on Prime Video, which means we’re officially entering “prestige picture” territory. Every movie on the list from here on out was nominated for the Academy Award for Best Picture – including Field of Dreams, the big screen version of W. P. Kinsella’s 1982 novel Shoeless Joe.

Field of Dreams is the story of Kevin Costner’s Ray Kinsella, a farmer who turns his cornfield into a baseball diamond after a profound, otherworldly experience. Ray is soon visited by “Shoeless” Joe Jackson and several other long-dead Boston Red Sox players, and things only get more bonkers from here. Yet despite the Field of Dreams’ increasingly wild goings on and pervasive sentimentality, the film is an absolute home run.

Writer-director Phil Alden Robinson finds the real emotion behind the story’s timeless themes – stuff like faith, redemption, and fathers and sons – without forgetting to sprinkle in some humor as needed. Plus, Costner is unsurprisingly perfect in the lead role and shares terrific chemistry with the movie’s strong supporting cast, which includes Ray Liotta, Amy Madigan, and James Earl Jones.

Is Field of Dreams schmaltzy? Sure. But is it also utterly engrossing? You better believe it.

Beasts of the Southern Wild is arguably the most polarising fantasy movie on Prime. Benh Zeitlin’s adaptation of Lucy Alibar’s one-act play Juicy and Delicious opened to strong reviews in 2012 but also came under fire for its perceived lack of dramatic subtlety and perpetuation of certain Black stereotypes. So one thing is for sure: you will have a strong reaction to Beasts of the Southern Wild.

If you’re willing to meet Zeitlin and Alibar halfway regarding the film’s noted shortcomings, however, you’re likely to be bowled over by the magical realism-infused fable they’ve produced. Describing the plot of the movie is tough, but in brief, it’s about a young girl named Hushpuppy (Quvenzhané Wallis) who has to contend with both her father’s mortality and the extinct creatures that dwell beneath Earth’s melting ice caps. So, yeah: this is not your standard fantasy fare.

But even Beasts of the Southern Wild’s detractors admit that Wallis’ mesmerising turn as Hushpuppy is a must-see performance, so why not give the movie a shot?

A perennial Christmas classic, It’s A Wonderful Life is (like Field of Dreams) often unfairly written off as a saccharine exercise in over-sentimentality. But take another look at this festive fantasy flick and you’ll discover it’s actually a lot darker (and a lot better) than its wholesome reputation would suggest.

Inspired by Philip Van Doren Stern’s short story “The Greatest Gift”, It’s a Wonderful Life is an often heartbreaking portrait of a man who never fails to put others first, and what that costs him. Sure, there are moments of incredible warmth and humor in the life of Jimmy Stewart’s George Bailey – especially scenes in which he romances Donna Reed’s Mary Hatch – that ensure this picture isn’t an outright downer.

Yet long stretches of Frank Capra’s 1946 adaptation are dedicated to showing a flawed yet unwavering noble guy repeatedly learn that life doesn’t always work out the way you want it to. Of course, George’s lifetime of decency famously pays off in the end – and boy, does this victory feel earned when it finally arrives.

The Curious Case of Benjamin Button doesn’t rank among the defining works of David Fincher’s career. Still, this 2008 F. Scott Fitzgerald adaptation racked up a whopping 13 Oscar nominations (more than any other movie on this list), so Fincher clearly did something right here.

The Curious Case of Benjamin Button stars Brad Pitt as the film’s eponymous protagonist, a man who ages in reverse. As much a love story as anything else, the movie charts Benjamin’s decades-long romance with Daisy (Cate Blanchett), which is complicated by his unique condition. And while your mileage will vary on the effectiveness of the script’s moralising on life and death, there’s no denying the caliber of Pitt and Blanchett’s performances.

Honestly, though, the real stars here are the visual effects artists at Digital Domain who produced the revolutionary visual effects used to age (and later, de-age) Pitt so convincingly. These effects, coupled with Fincher’s virtuoso command of cinematic language, make The Curious Case of Benjamin Button the very best of the best fantasy movies on Prime Video.