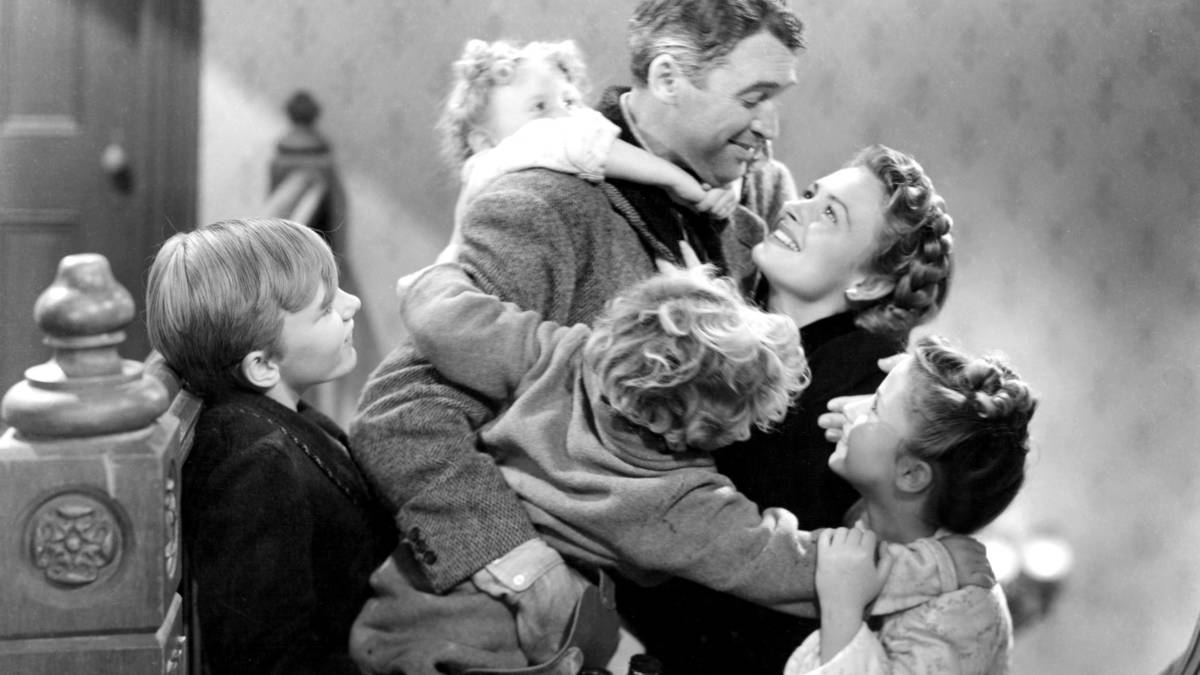 It's A Wonderful Life

We’re already a week into December and the television listings are filling with more Christmas movies by the day. But which ones are most likely to raise your Christmas cheer?

Vince Vaughn plays Santa Claus’s (Paul Giamatti) brother Fred in this decade-old Christmas comedy. The film is set both in the real world and fantasy; Chicago and The North Pole respectively and is a lot of fun, while questioning the ethics of the naughty or nice list. Recent Hollywood news does unfortunately cast a shadow over one major cast member this year though.

Kermit and Co retell Charles Dickens’s classic novel with the legendary Michael Caine filling the role of Scrooge. The Great Gonzo narrates this quirky adaptation, playing the part of the 19th century novelist. The Muppet’s Christmas Carol turns 25 years old this year, so what better time to dust off your old VHS copy?

There are several versions of this film, but the one readers will most likely be familiar with is the 1994 version starring the Richard Attenborough as Kris Kringle and Mara Wilson of Matilda fame as Dorey Walker’s (Elizabeth Perkins) six year old daughter, Susan.

Based on the book by the titular author, The Grinch stars Jim Carrey as the titular character and is directed by Ron Howard. Set in the fictional fantasyland of Whoville, the story takes us out of our own world, dropping us into a place that is Christmas personified. All the whos of Whoville love Christmas, except for one outcast who decides to steal all of the presents from beneath the trees of each of the town’s citizens.

6. Jingle All The Way

Probably the most quotable of any Christmas movie by proxy of starring Arnold Schwarzenegger in the lead role. This film follows Howard Langston in every parent’s Christmas nightmare: a quest to find the year’s hottest Christmas toy on Christmas Eve to avoid disappointing his son. Jamie!

Jim Carrey’s second appearance on this list, although this time in computer animated form as Ebenezer Scrooge. Although The Muppets’ telling of this tale is more fun, this often overlooked adaptation from Disney is more faithful to the source material. Arriving in cinemas at around the same time as Avatar, A Christmas Carol utilised 3D to great effect, flying its audiences above the streets of a snowy 19th century London.

On the coldest, darkest and final days of a dying year, nothing beats twinkling Christmas lights to life your spirits. Decorative lights are a big part of the holiday season and this film hones in on that. Danny DeVito moves into Matthew Broderick’s neighbourhood as advent starts, marking the start of a hilarious feud as DeVito attempts to light his house up so bright that it can be seen from space.

3. The Nightmare Before Christmas

Before anyone argues that this is a Halloween film, allow me to say that yes, it is. But, it’s also a Christmas film. It’s both, and is perfectly acceptable to watch anywhere between 31st October and 25th December. Christmas Eve is the optimum time to give Tim Burton’s creation (fun fact: Henry Selick is actually the film’s director, not Burton) as that is when the movie culminates, with Jack Skellington in his misguided attempt to give ‘Sandy Claws’ the year off. The stop-motion animation still holds up today and the sight of Christmas Town is guaranteed to make you feel all kinds of festive.

An oldie, but a goodie. It’s A Wonderful Life, for the most part, isn’t even set at Christmas. It just so happens that December is when the plot comes to a head. If you haven’t seen this 1946 masterpiece before, (a) shame on you; grab a copy now, (b) I can confirm that the story is still relatable today, and (c) you’ll have certainly been exposed to the story in one of countless parodies. George Bailey (James Stewart) wishes he was never born after a lot of things go wrong until his guardian angel shows him what life would be like without him. Your eyes won’t be dry by the time the credits roll on this one.

“The best way to spread Christmas Cheer, is singing loud for all to hear!”

Relatively modern, but at 14 years old (I couldn’t believe it either), Elf has already gone from cult favourite to modern classic. Directed by John Favreau and with a stellar cast led by Will Ferrell as well as featuring James Caan and Zooey Deschanel, Elf is pure fun from start to finish. It competes with Jingle All The Way in terms of quotability and gives us Christmas in the two most festive, yet polar-opposite locations: The North Pole and New York City. If you don’t enjoy this film, you might not have a soul. There’s also a fun cameo from a pre-Tyrion Lannister Peter Dinklage.