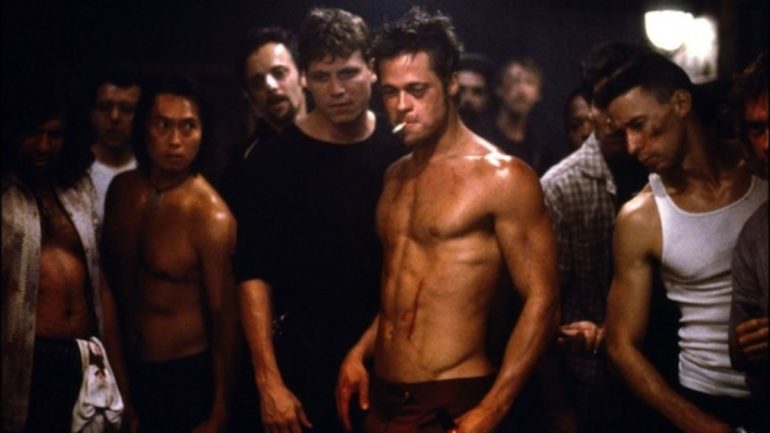 David Fincher is a film director who has been gaining commercial and critical success alike since the 90s. Showing a flair for dialogue and plot-twists, Fincher is an Oscar-nominated director who also dabbles in television – most notably his 2017 web series Mindhunter, currently available on Netflix.

Whether making adaptations, franchises or biopics, Fincher never fails to impress any type of viewer, gripping audiences with his vivid storytelling and clever filmmaking techniques.

Who is he?
David Fincher is a film and television director/producer from Colorado, who neighboured George Lucas during childhood when moving to California. Fincher began his career making advertisements and music videos. But by the time the 21st century rolled around, Fincher had established himself as a master of the thriller genre, frequently collaborating with Hollywood star Brad Pitt.

Style and Auteurship
Fincher’s aesthetics are distinctive for their jarring edits and shadowy mise-en-scene. Although heavily rooted in realism, Fincher stylizes his cinematography through saturated colours and harsh lighting. As many of his themes are centred on the dark, sinister aspects of modern society, Fincher opts for cool colour temperatures, overlaying most of his movies. The thriller, crime and sci-fi genres are generally favoured by Fincher, with many storylines following the detective route (though with a few surprises along the way).

Drama and suspense are sculpted out of Fincher’s knack for dialogue and blocking. Practically any scene from any of Fincher’s films can be paused, dissected and analysed. Carefully constructed character arcs, clear thematic patterning and subtle narrative clues can be traced through all of Fincher’s filmography, earning him a prestigious reputation in cinema.

Gone Girl (2014)
A psychological thriller based on the novel by Gillian Flynn, Gone Girl stars Ben Affleck and Rosamund Pike as the seemingly perfect couple who become the subject of media speculation. Pike received immense praise for her portrayal of the missing wife – an incident that places Affleck’s character in the midst of scandal.

The near-epic long movie is stylistic and disturbing, playing with sociopathic character types to send shockwaves through the audience. With nods to feminism as well as the neo-noir genre, Fincher presents a polished series of plot-twists, with the potential for a sequel somewhere down the line.

Zodiac (2007)
Zodiac is your classic detective movie, but instead taken predominantly from the perspective of a political cartoonist. Fincher’s dark crime thriller is based on the true unsolved case of the Zodiac Killer, who murdered between 5 and 37 people during the 60s and 70s. The fact Zodiac has its roots in history adds an eerie element of mystery to an already thrilling story – the killer’s identity still unknown to this day.

Jake Gyllenhaal, Mark Ruffalo and Robert Downey Jr. feature Zodiac’s cast list, each delivering an honourable performance as their obsessive characters. Fincher emphasises the mysterious nature of the crime through puzzles, riddles and letters, constantly tugging viewers in new directions to keep them on your toes.

The Girl with the Dragon Tattoo (2011)
Another crime drama for the books, but this time with a unique twist. Based on the psychological thriller novel by Stieg Larsson, The Girl with the Dragon Tattoo attempts to solve the disappearance of a young girl through the most unlikely pairing. Daniel Craig and Rooney Mara team up as a disgraced journalist and antisocial hacker to uncover a series of crimes between 1947 to 1967.

Despite receiving criticism for some explicit scenes, The Girl with the Dragon Tattoo won numerous awards, including an Oscar for Best Editing. Chilling, daring and certainly not for the faint-hearted, The Girl with the Dragon Tattoo utilises every filmmaking technique with a flourish. The cinematography, editing, writing, acting and directing are all perfectly balanced, with a sequel released back in 2018 (directed by Dede Alvarez).

The Social Network (2010)
With the exception of Quentin Tarantino’s films, there aren’t many movies as applauded for its use of dialogue as The Social Network. Fincher directed this stunning movie six years after the invention of Facebook, relaying the story of anti-heroic genius Mark Zuckerberg in his claim to success. The plotline may sound basic, but Fincher demonstrates how a little filmmaking magic can go a long way in turning a good film into a great one.

Jesse Eisenberg leads alongside Andrew Garfield, Justin Timberlake, Arie Hammer and Rooney Mara in a fast-talking tale of betrayal, money and the abilities of new technology. Inspiring and insightful, The Social Network is perhaps the most telling depiction of 21st century society in cinema, exposing the dark secrets behind modern day success.

Seven (1995)
Brad Pitt and Morgan Freeman are the generationally divided duo who, after a rocky start, become bound by friendship in Fincher’s neo-noir crime thriller. Seven (or Se7en, as it’s stylized) uses the seven deadly sins as a motif for a murder spree. Greed, Gluttony, Lust, Sloth, Wrath, Envy and Pride…every sin has its punishment according to the unidentified, religiously motivated serial killer.

Pitt and Morgan’s clashing personalities make for an entertaining yet touching story, with Fincher’s cinematography being draped in shadows and rain for added atmosphere. Although we don’t actually see our villain until ninety-five minutes into the movie, Fincher tentatively builds the blocks of suspense, allowing for one of the most shocking finales in film history.

Fight Club (1999)
Fight Club is arguably one of the most loved movies out there, based on the 1996 novel by Chuck Palahniuk. Brad Pitt and Edward Norton star as two opposing personalities who befriend each other in a bizarre twist of fate. With underlying Marxist themes of commodity fetishism in Western society, Fincher layers Fight Club with intricate allegories and subliminal messages.

On the surface is the story of an unnamed narrator, bored of his materialistic life and in the running for a mid-life crisis. Subsequent to meeting a spontaneous soap salesman, Norton and Pitt go on to create the “Fight Club”, where men secretly beat each other up for fun.

It’s difficult to pinpoint the genre of Fight Club. As an action-packed black comedy with elements of drama, Fight Club is a one of a kind film that received critical praise for its thought-provoking originality. The best part about Fight Club is that it’s a movie that keeps on giving: to watch it the second time around is to have an entirely new experience.