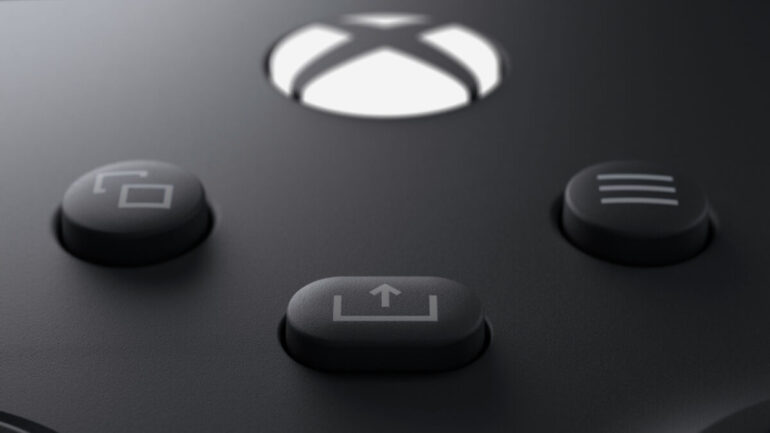 Unless you’re some sort of genius billionaire playboy philanthropist, purchasing an Xbox Series X | S was likely to have been a significant expenditure that’s put a bit of strain on your bank balance. Unfortunately, games consoles require these little things called games in order to work properly, and they’re sometimes not cheap, so you might be struggling to find something to play on your new shiny hardware for a while yet.

It’s just as well then that you can pick some brilliant games for a fraction of the cost of NBA 2K21 on the next-gen consoles, which is frankly a ridiculous price. Better still, as these games were originally Xbox One titles, the power of the Series X | S means faster loading screens, improvements to resolution and more. Here’s the best cheap Xbox Series X | S games you should be on the lookout for.

Alright, we’ll kick off this list with my personal favourite pick that more people should care about: Sayonara Wild Hearts. While only a short experience, particularly if you’re not looking for high score runs or completing the in-game Zodiac Challenges, the cheap price tag reflects that, and the package on offer is well worth the price of admission.

An audio-visual extravaganza which serves as the interactive accompaniment for one of the best pop albums ever made, Sayonara Wild Hearts is an emotional journey through one woman’s soul to resolve their feelings and open themselves up to love once again. It’s utterly magical, and you should all give it a whirl.

While you could save yourself some money by signing up for Xbox Game Pass Ultimate for £/$1 for the first month, then use the now added EA Play Subscription to enjoy this game on the incredibly cheap, Titanfall 2 has been discounted so much over the years that you can pick it up for a couple of quid quite easily.

And you really should pick this game up, if for no other reason than it might convince Respawn to make Titanfall 3. The series has always shined in its multiplayer, which might be a bit dead now aside from the occasional lobby, but Titanfall 2’s campaign sits far above most single-player shooters as one of the most engrossing adventures on offer.

3. The Witcher 3: Game Of The Year Edition

Ordinarily, we’d refer to the standard edition of a game, considering that they’d be cheaper to buy, but The Witcher 3: Game Of The Year Edition is such an incredible steal at £15 that it’s hard not to recommend this version over the basic one, especially when the difference is only a few pounds or dollars.

While the standard edition is still a bit of a bargain, offering a full RPG that can easily last you over 100 hours, that little bit of extra money will also grant you access to the game’s DLC content, of which there’s lots, and they’ll practically double your playtime there. Considering the price, you can get a lot of bang for your buck right here.

Quick little aside before we start here: anyone else reckon that Skyrim will get another re-release for PS5 and Xbox Series X | S? Just me? Anyway, Todd Howard’s apparently favourite ever game, given how many times it’s been repackaged or ported, Skyrim is an expansive and absorbing RPG that’s well worth picking up.

Aside from being an RPG that’ll distract you for hundreds of hours, including the DLC packs to boot, playing the game on the Xbox Series X | S drastically improves the game’s loading times, meaning you can get back into the action quicker. Couple all that with the fact you can download a mod for the game to run at 60fps, and you’re on to a winner.

One of the best horror games of 2019, and of the past generation to be honest, Resident Evil 2 is a smart, well executed and terrifying experience that’ll have you on the edge of your seat from start to finish. Remaking a classic PS1 is always a daunting task, but Capcom managed to create a remake that arguably surpasses its original.

The fact that RE2 is a single-player only game means that you can now pick it up from various retailers for a cheaper price, and you absolutely should. While the main campaign will take about 12 hours on your first run, you’ve also got a few unlockable modes and the ability to play through the game with new weapons and your prior knowledge of puzzles to cut down on your time.

Another horror game that’ll have you hiding behind the couch, Prey was a game that perhaps didn’t get the attention it deserved when it launched. Ever since its release, it’s felt like Prey has been available for incredibly cheap wherever you go, which is a bit of a shame, considering it’s one of the more inventive horror titles on the market.

Instead of relying on scaring you every time you walk around a corner, Prey’s fear comes from the unknown. Your biggest threat to life comes in the form of mimics, who imitate the mundane objects you find around the environment. Any object you see could come to life and attack you, making for an incredibly tense experience.

Another Arkane game here, who appear to be the masters of creating fantastic single-player games that quickly lose their value, Dishonored 2 might just be everyone’s favourite stealth murder simulator. I mean, that’s if you feel like playing as a murderer anyway. The beauty of Dishonored comes in the fact that your greatest weapon is your ingenuity.

Players can use a variety of weapons and supernatural abilities to approach levels in any way they see fit. While grabbing a sword and slicing your way through whatever stands in your way is certainly one approach, there’s more satisfaction to be had from taking the stealthy approach and attempting to resolve situations in a less direct way.

From one murder simulator to another, Hitman and Dishonored share a lot of the same DNA, but Hitman’s contemporary setting makes for a different experience. There’s something about engineering “accidental” death and destruction in more normal environments that’ll make you look at the everyday world in a completely different scope.

Hitman 2 builds on the incredibly replayable formula built by the 2016 version of the game, offering a wide variety of levels and targets that can be killed in plenty of different ways. Better still, all Hitman 1 levels are playable in Hitman 2, meaning you’ve got plenty of content to sink your teeth into before eventually getting Hitman 3.

Insomniac’s open world third person shooter and Xbox exclusive Sunset Overdrive might have been forgotten about not long after the game’s launch, but the benefit of forgotten games is that they end up pretty cheap. If nothing else, Sunset Overdrive can be picked up for buttons these days, but it helps that the game is a lot of fun to boot.

In a colourful post-apocalypse, or at least post-outbreak, you find yourself in a city filled with mutants that drank an experimental energy drink, which is probably now in my top 5 list of reasons why the real world will end. All it takes is one tainted Lucozade Sport and then I’ll be frothing at the mouth, ready to murder.

What’s the point in spending money on one cheap but great game when you can throw that money towards two cheap but great games? That’s the benefit of the Bayonetta and Vanquish 10th Anniversary Bundle, which offers 40K/60fps ports of two of the finest action games ever made, all for an incredibly affordable price.

Bayonetta is a character action game in the same vein as Devil May Cry that sees players taking on the role of the last Umbra Witch as she styles on angels all day, every day. It’s great. Vanquish is a third-person shooter where Sam Gideon dons an experimental power suit and styles on robots and other sci-fi dudes all day, every day. It’s also great. You should buy this bundle if you like things that are great.

READ NEXT: 20 Best Cheap PS4 Games You Should Pick Up