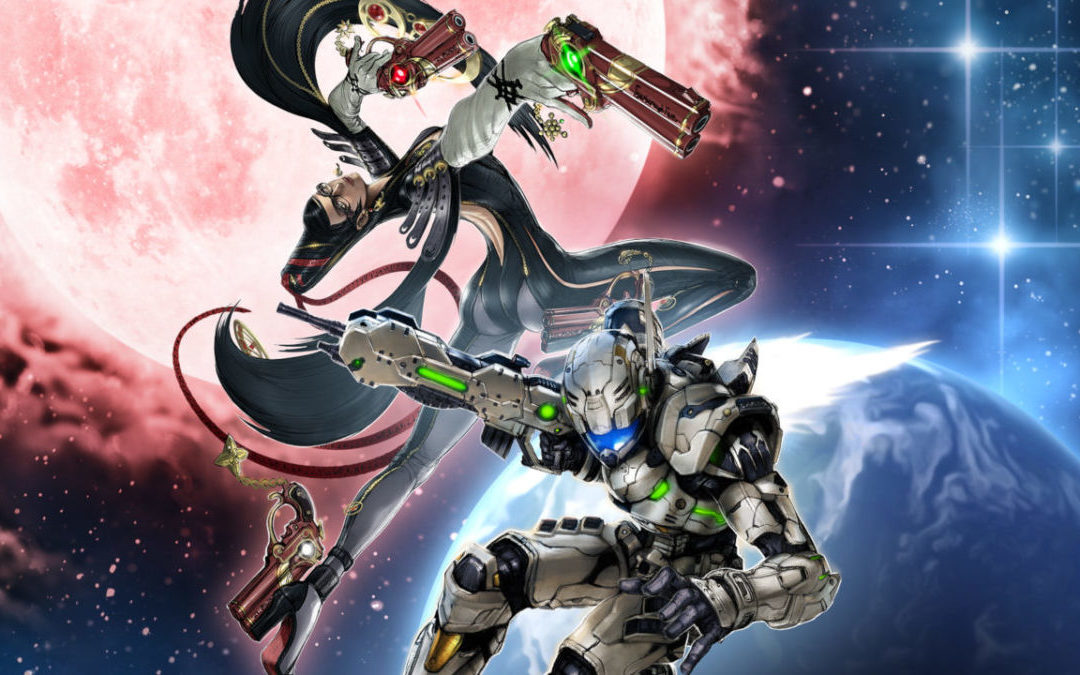 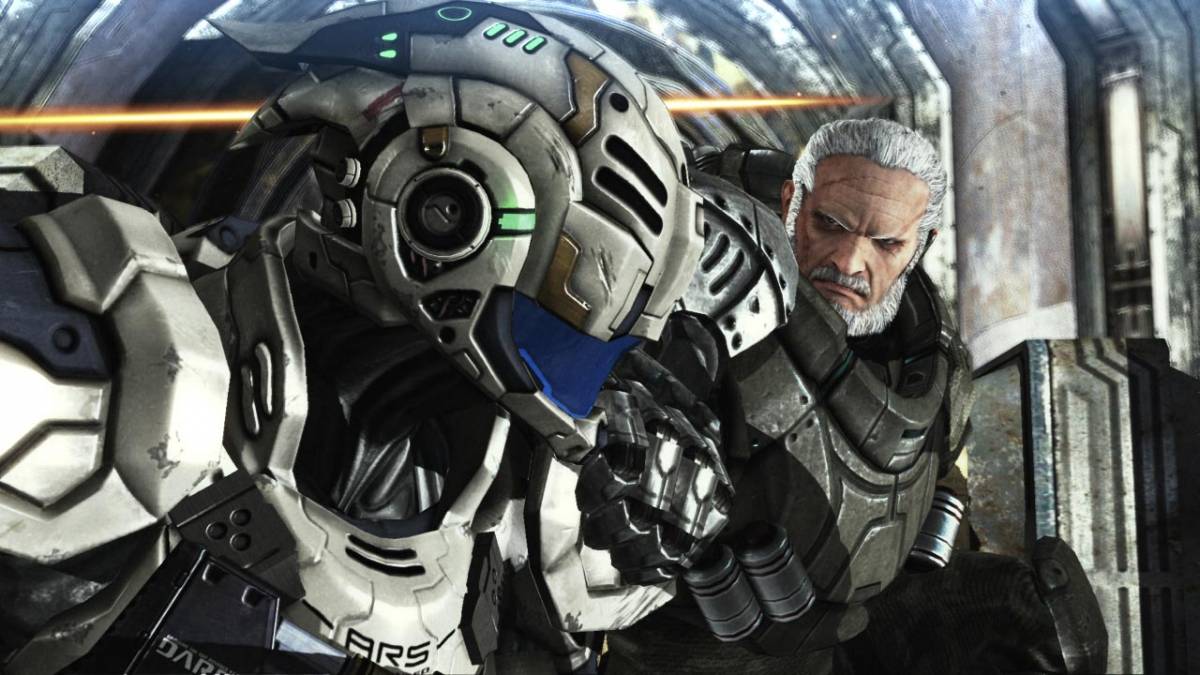 A bundle containing Bayonetta and Vanquish seems like an odd combination at first glance. Even though both games are developed by PlatinumGames, Bayonetta’s character action combat clashed with Vanquish’s third person shooting would be comparable to a bundle containing Devil May Cry 5 and Gears 5. Dig a little deeper, though, and you’ll find they have more in common than you think.

The 10th Anniversary Bundle combines the two games and throws a few upgrades in there for good measure. It’s the same games you remember, only shinier with more stable gameplay. It even has the same achievement/trophy set, so if you got them all before, you can do it again now. If you’ve never played the games before, this is the perfect jumping on point. The main selling point is the 4K/60fps support for PS4 Pro and Xbox One X, but even if you own a base console, the upgrades can still be felt. 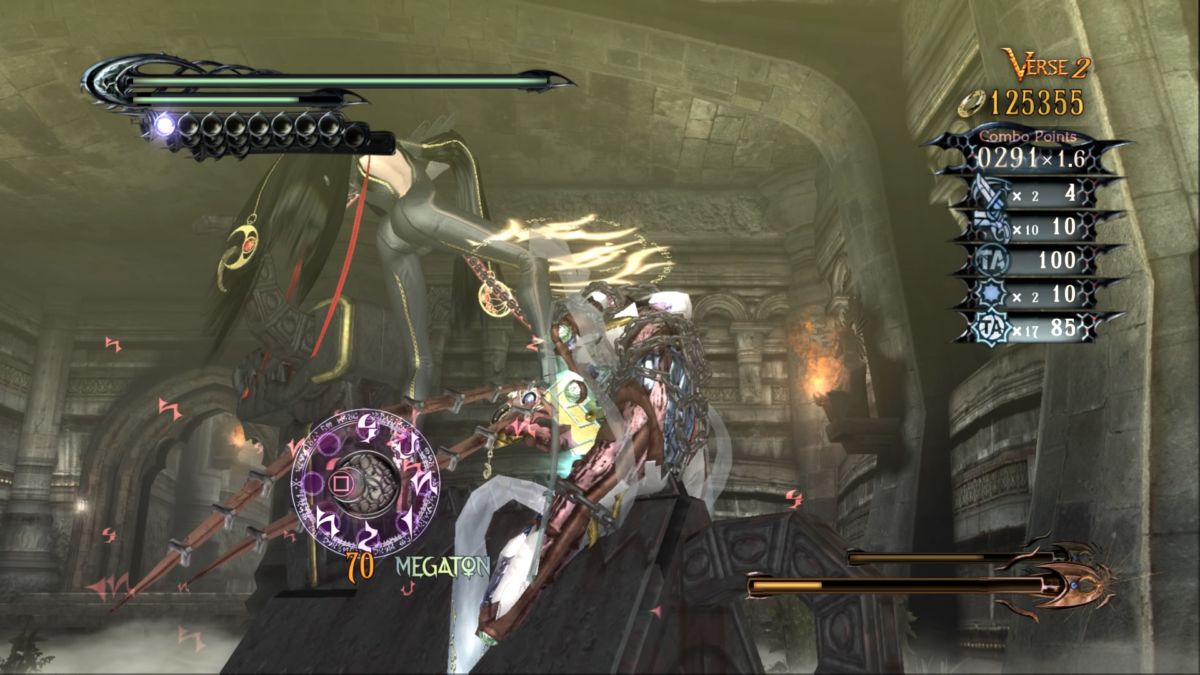 Bayonetta and Vanquish are PlatinumGames at their most “Platinum”. The core gameplay in both titles revolves around high risk, high reward combat, where the game over screen can become a frequent occurrence if you’re careless. Their broad genres couldn’t be more different, but both titles share that unmistakable Platinum DNA which is what makes this bundle so special.

At this point, Bayonetta is a widely recognised franchise and character. An appearance in Smash Bros will do that for you, after all. The Umbra Witch’s wicked brand of epic boss fights, intricate combos and challenging yet addictive gameplay is what will likely draw many players to this bundle. Who wouldn’t want to beat the holy hell out of a host of angels in glorious 4K/60fps? 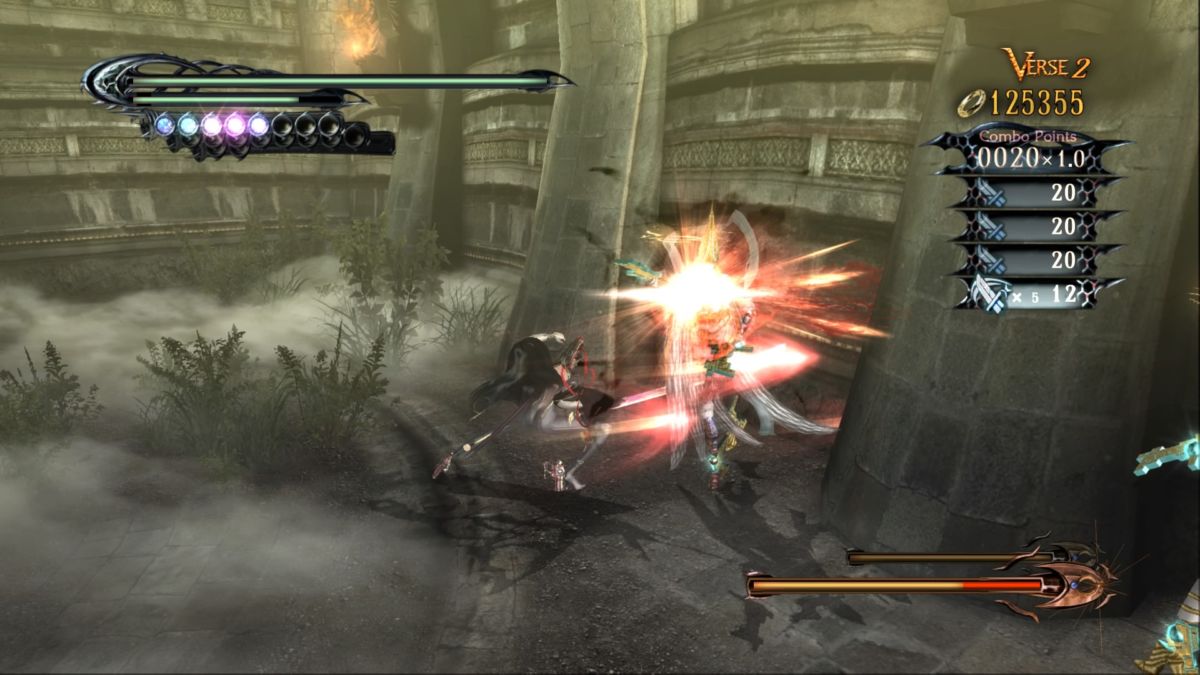 The gameplay is incredibly similar to the likes of Devil May Cry or other Platinum titles like Metal Gear Rising or Transformers: Devastation. You move through a level, some forcefield emerges to trap you inside an arena filled with creatures, and you have to batter them all as stylishly as possible. Lather, rinse and repeat until the credits roll or you’ve been beaten into submission. Both are likely scenarios.

Bayonetta might be what you’d consider Platinum’s bread and butter, considering the formula has led to the aforementioned Metal Gear Rising and Transformers: Devastation, along with Nier: Automata and Astral Chain, but it’s still one of their finest pieces of work. Before Bayonetta, nothing came close to matching the action of Devil May Cry 3, and the only games to really match it in the 10 years since are Bayonetta 2 and Devil May Cry 5. Unmistakably, Bayo is still the queen of the character action genre.

Bayonetta’s brilliance comes from its Witch Time ability, a mechanic that requires players to evade attacks at precise moments in order to trigger a slow-mo effect, letting you score some free hits. You can just go on the attack during fights and still find success, but it’s how you turn your defense into offense that makes Bayonetta incredibly satisfying.

Vanquish, on the other hand, is a little bit more of a wildcard. While Bayonetta has managed to enjoy a host of mainstream success, Vanquish has been considered more of a cult hit. Those who have played the game have sworn by its fusion of third person cover shooting and fast paced action, so it’s great to see this game get a second chance at success. 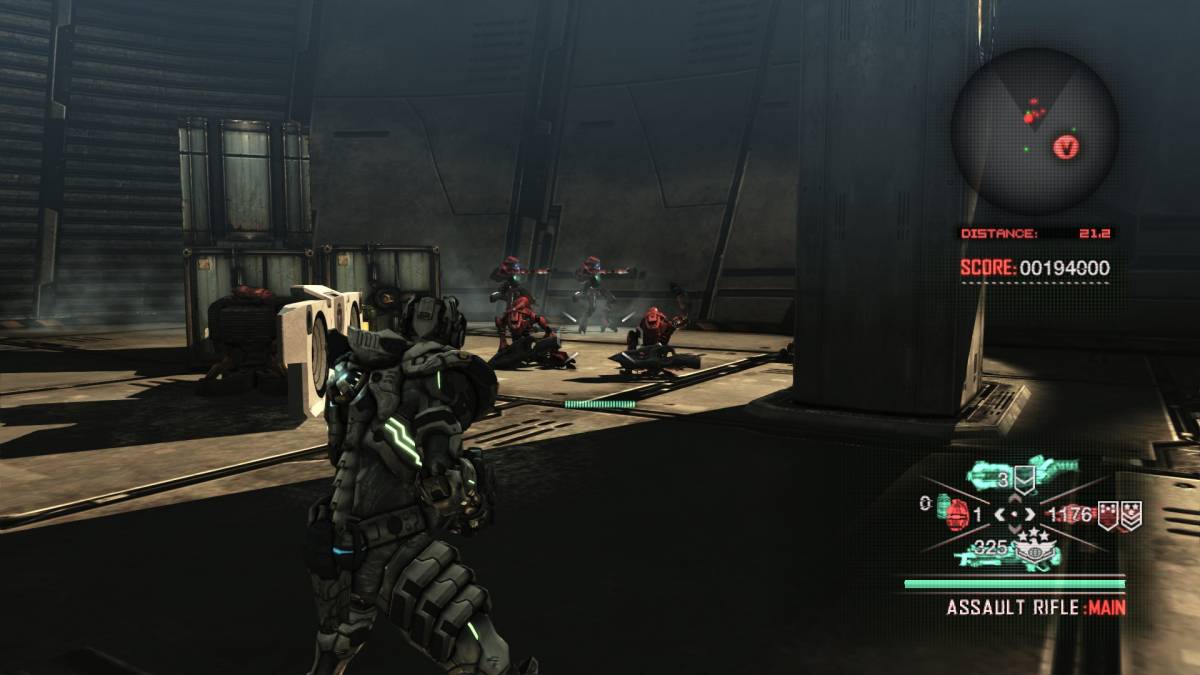 As DARPA soldier Sam Gideon, who operates an experimental ARS battlesuit, you’re sent to the space colony Providence to take down an occupying force of coup d’etat Russian forces. Ordinarily, I’d make some kind of joke about how comically villainous Russian characters are dated, showing the game’s 10-year age, but then Modern Warfare happened a few months back, so some aspects of gaming really haven’t changed in the past decade.

Anyway, Sam’s suit allows him to boost slide around the battlefield, letting him get in and out of danger with relative ease. The suit can also enhance his reflexes, giving him the perception of slowed time, just like Bayonetta’s Witch Time. After certain actions like evading or jumping over cover, or even if you’ve taken too much damage, time will slow down for you so you can more efficiently hit weak spots and do more damage. 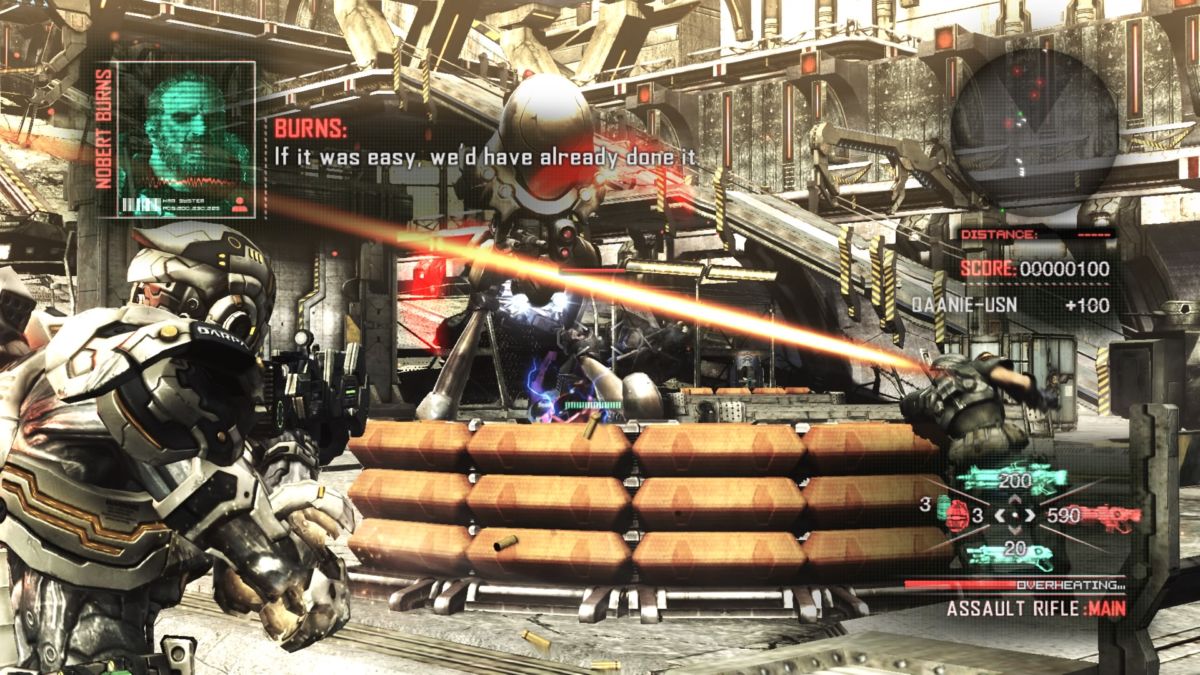 Even if you’ve played third person shooters before, Vanquish does take some adjustment, but once you’ve figured out how to stop your reactor from overheating, how to effectively traverse the landscape and find the weapon loadout that works for you, Vanquish offers a thrill few shooters can even hope to match.

Despite the decade between the original releases, neither game feels that out of place in the current gaming landscape. Sure, the graphics and textures aren’t quite up to the same standards, but the gameplay itself for Bayonetta and Vanquish is as fantastic now as it was back in 2010, and the fresh coat of paint on the character models is definitely noticeable and helps make both games feel more current than they might have otherwise.

I did encounter a few glitches during my time with the bundle. Bayonetta had a bugged loading screen after completing a chapter, forcing a game restart (though thankfully, the end of level counted as a checkpoint and no progress was lost), while trophies regarding mission completion failed to unlock for some reason. Vanquish, on the other hand, had the curious case of framerate drops during certain cutscenes, but not during the game. Figure that one out, people, because that’s confused the hell out of me.

The bundle itself is also incredible value for money, offering two excellent titles for about £17 each. Both games hinge on the lure of replayability, though you’ll likely get more bang for your buck from Bayonetta. With multiple unlockable difficulties, secrets challenges and weapons to find and more, Bayo has more to offer long term than Vanquish’s brief campaign and weak horde mode style tactical challenges. Still, you’ll probably be playing Vanquish for a while if you’re gunning for that no death trophy, and the unlockable difficulty means another potential playthrough.

While it might not do enough to coax out those who already own the game on other platforms, or who can play it right now via Xbox One Backwards Compatibility, the Bayonetta & Vanquish 10th Anniversary Bundle is a premium slice of video games at their best, and is well worth checking out.

A copy of the Bayonetta & Vanquish 10th Anniversary Bundle was provided by PR for the purposes of this review. 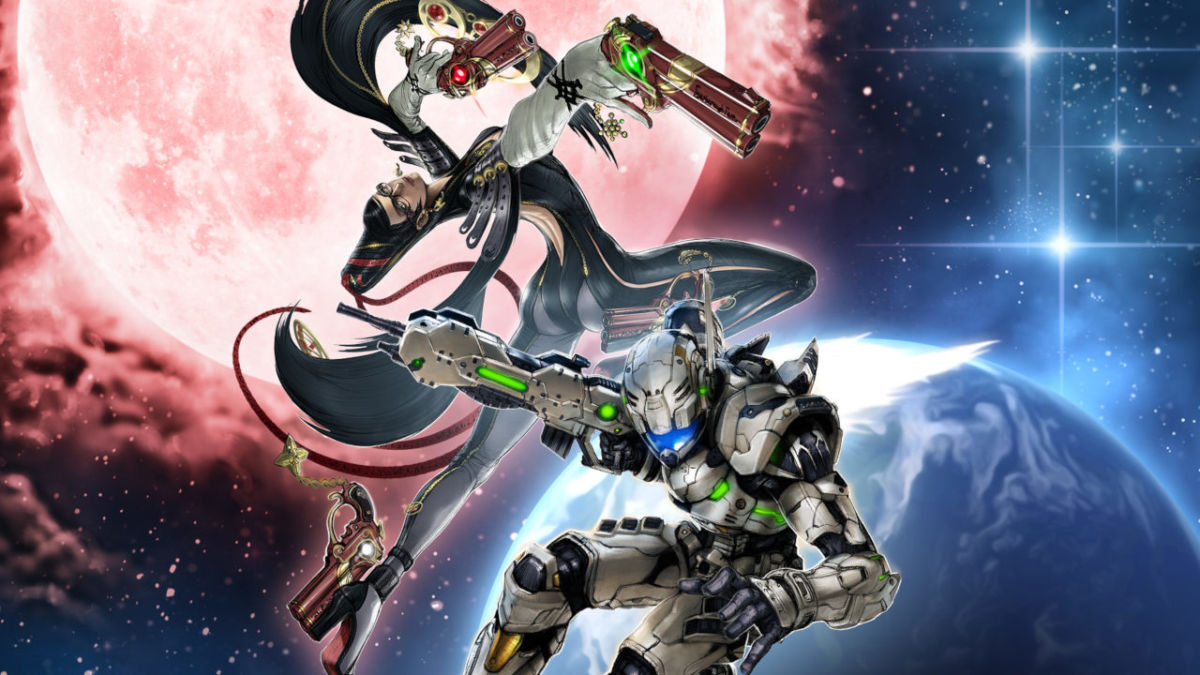 Verdict
The Bayonetta & Vanquish 10th Anniversary Bundle combines two utterly fantastic games into one affordable package. If you haven’t played either game, this is your chance to fix that.
9