Home
TV
Back: Season 1 REVIEW – Not Quite the Second Coming of Peep Show
TV

Back: Season 1 REVIEW – Not Quite the Second Coming of Peep Show 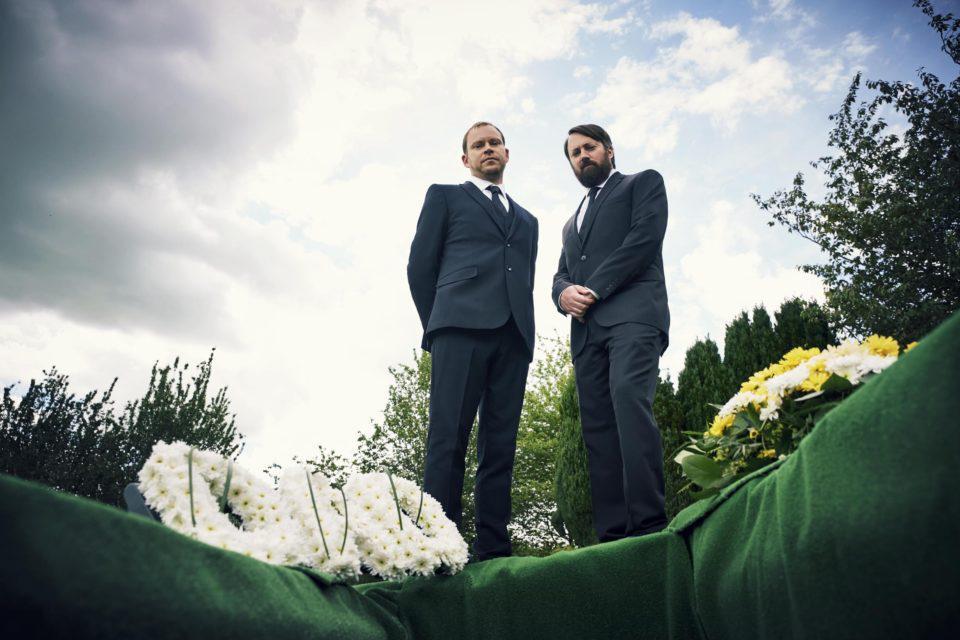 In the Peep Show script book, Robert Webb wrote about how the Mark and Jeremy characters began life as ‘two men in their midtwenties. sharing a flat; one called Otto — deluded, talentless and invincible: and one called Phil — crushed. anal and frightened’. He goes on to describe Otto shrinking into Jeremy, and Phil growing into Mark, on the basis that ‘Otto was too much the cartoonish force of nature and Phil was too much the thankless comedy stooge’. So the situation in Back is less a retread of Mark and Jeremy, rather than it is going all the way back to the source, finally dusting off Otto and Phil and exposing them to the light.

Their characters here are called Stephen and Andrew, but really, that doesn’t matter – you’ll forgive me if over the course of this review I lapse into calling them Mark and Jeremy. Mitchell’s character, it must be said, is basically indistinguishable from an alcoholic Mark. Webb’s character, meanwhile, combines Jeremy’s better social skills and superficial charm with a fair bit more brains than Jeremy ever had, able to hold his own against Stephen when the conversation moves into polysyllables and cultural references beyond Mr Nice.

The setup is that Stephen’s dad Laurie – barman, landlord, and pillar of the community – has died, and Stephen is failing to take up his mantle. Then, along comes Andrew, one of Laurie’s many foster children, to effortlessly charm the family and basically do everything better than Stephen does. He claims that his five months with the family were the best time of his life – Stephen is naturally suspicious, and tries to find proof he isn’t who he says he is.

All the pieces are in place by the end of the first episode, with little more development over the rest of the series than them rolling along the trajectories already carved into the narrative – and really, not very far along. A subplot where Stephen thinks Andrew is trying to hoover up shares of the pub to sell out to the local authority comes to literally nothing. Even the discovery that Laurie had many, many affairs over the course of his life doesn’t create many ripples – since the entire family already knew and were keeping it from Stephen because they thought he couldn’t handle it.

As you might expect, the highest points of the series are when Mitchell and Webb are sharing the screen. These come far too infrequently, with the writers devoting a startling amount of time to the b-team, mostly veteran British comedy actors, but here starring as generically quirky types who could have been switched in and out of any mildly dark-edged comedy. And even the few Mitchell/Webb scenes we do get are a little too heavy on ersatz Peep Show lines that feel awfully like they’ve been recovered from the cutting room floor.

Nonetheless, it is for this reason that the high point of the series comes when they take a road trip together – following in Laurie’s habit of taking an annual trip around the pub’s suppliers. It is this that reveals Laurie’s affairs, but far more is made of the Stephen/Andrew dichotomy. We have the marvellous juxtaposition of their pseudo-fraternal bonding against Andrew, in a masterclass of manipulation, managing to briefly gaslight Stephen into believing that as a child he murdered a boy, simply by very specifically denying it.

The most original feature of the show is the flashbacks to Stephen and Andrew’s childhoods, where they flicker rapidly between child actors and their current selves, and where Laurie, implicitly dominating proceedings anyway, is finally let loose. The joy of these bits comes from the combo of Andrew’s rose-tinted nostalgia followed up by Stephen’s grimmer, grittier version of the same proceedings. Laurie gets some particularly cutting lines (‘Don’t eat chocolate in your room – this isn’t The Beano!’) but these, too, come up far too sparingly.

When the big developments finally come in the final episode, it’s like trains, arriving all at once at the eleventh hour after a whole series of wheel-spinning. When some of the other fosterlings turn up for Laurie’s memorial birthday, one of them tells Stephen – apparently confirming his suspicions – that Andrew isn’t the real Andrew. Tragically, this takes place as it is revealed to us that Andrew was always who he said he was, and had himself lived in the shadow of an earlier foster child, ‘lovely’ Alfie Bates, who proves the life of the party with his rendition of ‘Rocketman’. As he left, Laurie called him ‘Alfie’ as a slip of the tongue – which has obviously haunted him.

This is more than enough material to play off, even if it would work much better of Alfie had been mentioned even once before hand. So it feels like a misstep that the finale also crams in a completely different revelation about Andrew’s past, two further revelations about that revelation, a revelation about Stephen’s past, one final twist where it’s revealed that Andrew’s moving in on Stephen’s ex-wife, and a running joke about Stephen smuggling a kettle into the library. This last is worryingly similar to a section from Alan Partridge’s ‘I, Partridge: We Need To Talk About Alan’, in which he smuggles various cookware into his hotel room, culminating in a microwave, which gives the game away ‘due to its extra-loud ding’.

Stephen’s ex-wife also makes up a fairly major plotline in the series, one which, frankly, you’ve seen before. He still loves her but she’s with some awful new man, etcetera. This makes for some particularly cringeworthy moments, like them asking Stephen to stand guard while they try for a baby in his caravan – fine if you like that sort of thing, but realistically, you just end up wondering why he puts up with it. And there’s especially no excuse given that this exact plotline was done far better in the wonderful Detectorists.

(Strangely, the ex-wife isn’t played by frequent Mitchell and Webb collaborator Sarah Hadland. It really makes no difference, though, as she could have been just as servicably played by any former public schoolgirl. Olivia Colman presumably felt all this was beneath her.)

You might say that Back was always bound to be a disappointment, since it would by nature be compared to the superlative Peep Show – which, even in its weaker later years, always remained head and shoulders above most comedy shows. But really, as a series, this was brimming with potential, yet you can’t help but come away feeling it would have been that much stronger if they’d just sat David Mitchell and Robert Webb down at the bar and let them riff off each other for thirty minutes.