Home
Gaming
Is Back 4 Blood Single-Player Worth It?
Gaming
·4 min read

Is Back 4 Blood Single-Player Worth It?

Will it keep you coming back? 4? Blood? 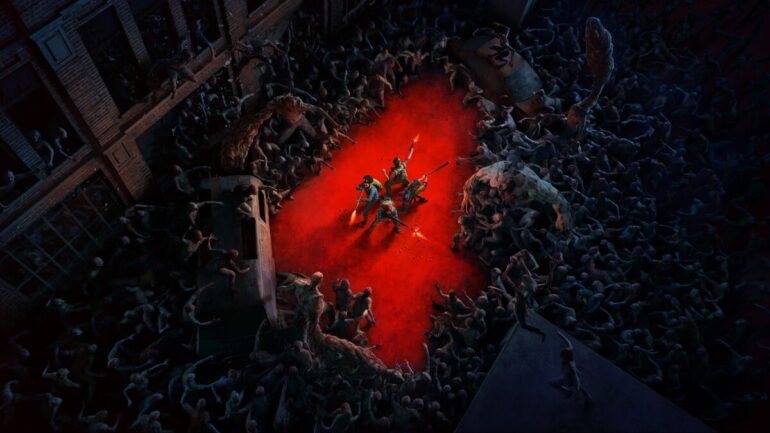 Back 4 Blood, as is the case with so many shooters these days, has a heavy focus on playing with others, coming up with strategies and blasting away enemies as part of team. As a spiritual successor to Left 4 Dead, Back 4 Blood is first and foremost a multiplayer game, but is it worth checking out if you just want zombie-killing in single-player?

The answer: sort of, but you’d really be missing a lot of the appeal of the game, which is teaming up with friends and grinding out upgrades while taking on increasingly difficult levels. However, there are some reasons to try the game solo at least.

You are first introduced to Back 4 Blood’s gameplay as a solo experience in a tutorial, which cranks the difficulty right down to begin with to acclimate you with how decks and the game’s various systems operate. It’s a lot to take on from the word go, but if you just think of cards as upgrades/modifiers and try to experiment with them with while understanding that some aren’t as good as others for every mission, you will slowly get used to them.

You need to, as these decks are what give the game its longevity and variety, which is essential for single-player. As rewarding as it can be to get through a level on your own, sometimes the attrition can make it feel like a little bit of a lonely experience in a Solo Campaign across the game’s many acts and even more levels within those acts.

You’re able to select from three different difficulties, with the harder difficulties activating friendly fire and harder hitting enemies. When playing solo, the game will put you three bots, who are actually sometimes just as good as human teammates, if not actually better. They’re always trying to heal you and give you ammo, constantly pinging things to take note of, and they’re also not bad shots. When playing on the easiest difficulty, they ease you into proceedings quite a lot, but they’re a little tricky to trust on higher difficulties.

You see, Back 4 Blood really is geared towards and designed for co-op play and has the same hook that so many of its peers do: Challenging yourself on increasingly tricky difficulties and working alongside teammates with proper comms and teamwork. The recent Aliens: Fireteam Elite is a great example of another game that flourishes in co-op, and it’s the same with Back 4 Blood. As fun as it can be to mow down loads of zombies on your own, it just doesn’t match up to playing with others, both for good and bad.

As unreliable as randoms (and even friends) can be, you just don’t have as many “experiences” when playing solo. And while you can indeed put together a good deck in single-player, they’re no match for properly synergising cards with teammates and also deciding on who’s carrying what gear. Playing the game solo makes it feel just like you’re only getting a part of the picture, and it’s just plain weird that you can’t pause the game at any point.

However, as mentioned, single-player via the solo campaign does have some perks, namely the ability to really invest in the story and watch the lovely cinematics, even if they aren’t all that common. While the story is kind of just there, it’s hard to piece it together properly when matchmaking can sometimes mean you end up losing exactly where you are within an act.

In addition, it’s the best way of playing the game at your own pace, finding out what works and what doesn’t without the pressure of being shouted at for being new to the game. It’s also nice to be able to use whatever gear and weapons you want without having to worry about stepping on any toes. The bots won’t mind.

That said, you unfortunately aren’t able to earn supply points, which help your progression, or unlock achievements/trophies while playing solo; a bonkers oversight that shows where the focus of the game is. You need supply points to earn new cards and cosmetics by making make your way through supply lines, so it’s just nowhere near as rewarding when you have less to work towards and unlock.

It is also kind of super annoying that you can’t pause the game. Can’t understate that. Super annoying.

Ultimately, whether or not playing Back 4 Blood in single-player or not is ultimately down to whether you want to just blaze through its story or have it as something to keep coming back to. It’s just not going to last the distance for you on your own, but if you really don’t want to play with others, there’s no harm in waiting for its price to come down for some harmless zombie fun, especially when Turtle Rock have plans to improve single-player with supply points in the future.

This article has been updated to correct a mistake about achievements.

READ NEXT: Back 4 Blood: How To Play Cross-Play With Friends