Apparitions of the Living by John Trefry REVIEW

John Trefry's second novel is a haunting and unique experience. 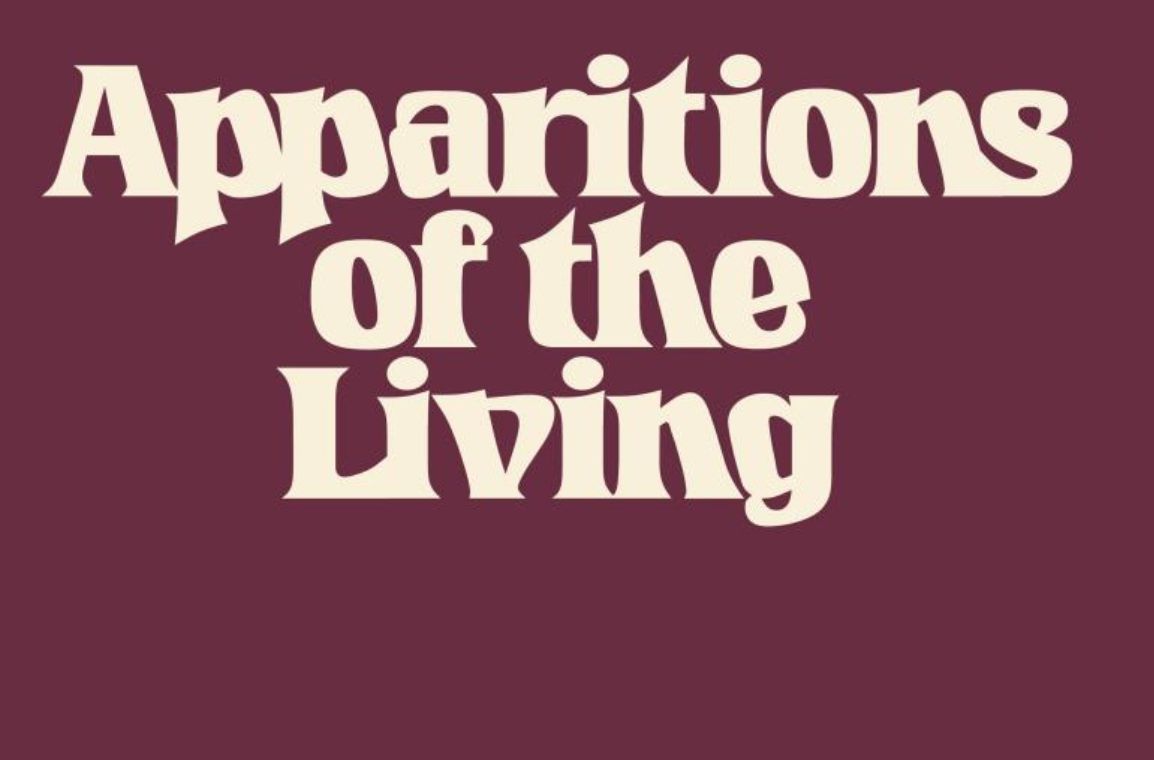 Apparitions of the Living is the second novel by John Trefry, founder of the small press Inside the Castle. Like other books put out by the press, Trefry’s work is an experimental exploration of the possibilities of literature. Here, Trefry combines poetry, the nouveau roman, and formal experimentation to create a strange, haunting experience.

What first caught my eye was the cover. It seemed intentionally designed to look a lot like the first English translation of Alain Robbe-Grillet’s Topology of a Phantom City. A note on the inside confirms this, stating that novel is “to which this work is indentured.” The influence of Robbe-Grillet and of Topology… novel specifically is very apparent in the text as well.

Robbe-Grillet’s work was part of the French “nouveau roman (new novel)” movement of the mid-20th century, and he wrote what could be considered the “manifesto” of the movement, “For a New Novel.” The movement encompassed many attempts to create new types of novel. Robbe-Grillet wanted to create novels which made narrative and character subordinate to the setting, surroundings, and objects, a method which he saw as more accurately reflecting experience in the modern world.

Apparitions of the Living follows this path. There is a narrative concerning the kidnapping and murder of a young boy and focus shifts between a man who discovers the boy’s body, the kidnapper, and the boy’s mother. However, the prose remains mostly focused on descriptions of the setting with changes in time and place being vague at best.

The book is divided into five sections. The first, third, and fifth sections contain the main narrative. The text here is shoved into the middle of page, leaving wide margins around it, and each chapter is one continuous paragraph giving them a narrow, claustrophobic feeling. The second and fourth sections are much more vague. The text seems to relate to the boys kidnapping but constantly shifting between perspectives and places. The text here is spread wide over the page with space between each line, giving these sections an empty, dream-like feeling. The shifts in text within the book’s design reflect the shifts in place in the narrative. It takes place primarily either in a wide, seemingly empty dessert or in small, sometimes crowded hotel rooms.

The book opens with a striking description of the desert the boy’s body was left in and a poetic and disturbing account of the way the winds have buried him in the sand.

“A partially buried body lies head downhill between two dunes. Any trace of its tumble has been varnished by rolling sand and fine sanding winds. Sand has pooled smooth in a drape around its disparate outcroppings. Splayed hyacinth blue pant cuffs protrude from the sheet of sand ending in mismatched sock feet. Knee is too close to foot. An elbow points outward near a shoulder but far from a hand. Seams of clothes standing out through the thin sand trace vectors of the miscoordinated figure.”

Throughout the first section, a man named Jack discovers the body, but makes no effort to contact the police. Instead, he stays in a nearby hotel, which he soon finds himself needing to stay at indefinitely as he has no money to pay for the room and takes up working as a housekeeper to pay.
The third section introduces Connie, the boy’s mother. She works as a housekeeper at a luxury hotel where an architectural conference is taking place. Here, she meets her boy’s kidnapper, named Gyer. In the fifth section, Connie and Gyer set off to the desert where the boy was left, hoping to find him alive. However, they end up kidnapping another young boy to act as a replacement. The book ends with Jack leaving the hotel and passing the boy’s body one last time as crows prepare to feast on it.

While the story is vague and often confusing, and the characters intentionally lack depth, it remains an absorbing read with Trefry’s vivid, poetic prose. With his background in architecture, the nature of space in relation to design was likely Trefry’s inspiration behind this novel’s structure. However, as I read this, it felt as if it was composed like a music piece, the three main sections playing variations on the themes and the other two acting as bridges.

Apparitions of the Living by John Trefry REVIEW
Verdict
Apparitions of the Living is an odd and often frustrating read. However, John Trefry’s prose is beautiful and well-constructed and the narrative remains compelling despite its deconstructed nature. It enforces my opinion that Inside the Castle is one of the most interesting presses putting out work today, both in the field of experimental literature and literature in general. Highly recommended. Review copy provided
9
Cultured Vultures is a pop culture website established in 2013 covering all things gaming, movies, and more. We eat your words.
All The News On The Biggest Games