Watch the actual night sky instead. 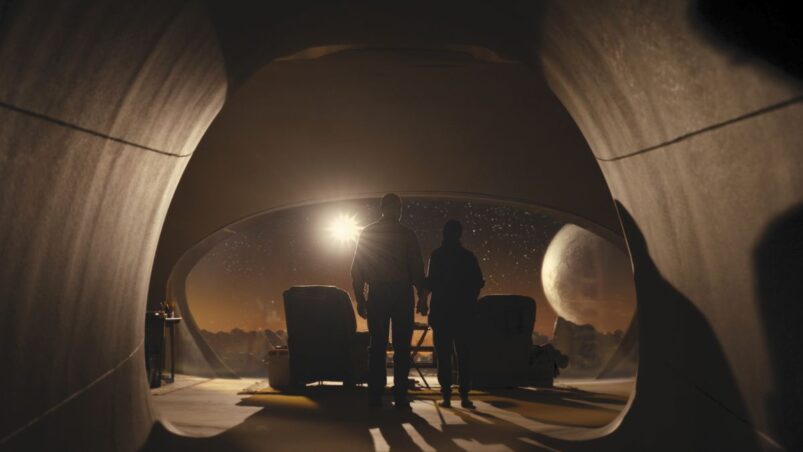 In Episode 4 of Night Sky, one character says to another, “I never knew it was possible to be so bored and so stressed at the same time.” She’s referring to her internship and studies but the line could also be a fitting description to the show in its entirety — Night Sky somehow manages to be ungodly boring and frustrating at the same time.

To describe this as a show about an old woman named Irene and her husband Franklin who have a secret portal to what seems like another planet hidden inside their shed would only be the half-truth. In reality, Night Sky has more than half a dozen characters it wants us to follow and the end result is an unfocused, meandering, and ultimately disappointing mess.

A huge reason why is because, despite having so many characters, Night Sky seems determined to reveal as little about them as possible. To compensate, the show leaves hints about their backstory here and there, as if it’s winking at us, telling us that if we’re patient enough, they’ll allow us to be a part of all their secrets.

While the idea of a show having multiple secrets it wants to take its time revealing may sound enticing at first, it isn’t long before the viewer is just begging for something, anything to happen. For instance, in the second episode, Irene and Franklin decide to help a stranger who appeared wounded in their shed.

What do they do afterwards? Have a hundred conversations on whether or not they can trust this stranger. The stranger isn’t of much help either — he claims he has amnesia so half of his dialogue is just him saying he doesn’t remember when somebody asks him something. This really is a painfully boring show and every passing episode seems even more uneventful and insipid than the last one.

The most disappointing part is that the show doesn’t start off like this — the first episode is downright terrific. It’s superbly directed and shot, has a great amount of warmth and emotion to it, and nails the feeling of a slow burn without feeling overstretched or wearisome. Then the second episode introduces a whole bunch of new characters, some of them not even in the same country as Irene and Franklin, and it’s all downhill from here.

Who are these characters? What connection do they have to Irene and Franklin? We don’t know and the show wants to keep it that way for as long as possible. The transitions between plotlines are often so abrupt, it can sometimes feel like you’ve sat on the remote and switched to another channel, only to remember you’re streaming and watching an incredibly convoluted show.

Your best course of action is to remind yourself over and over that the show is building up to something and that something may or may not make the whole watch worth it. Of course, reminding yourself this won’t be too difficult — Night Sky is very clearly meticulously planned to the point where your suspension of disbelief is often interrupted. So many coincidences happen that no event ever feels genuine.

Of course this character just so happens to go to a bar and meet another character there, or leaves an item where another character can see it, or answers the phone to a call that wasn’t meant for them. You can practically see the writers linking things together on their big cork board to ensure the right coincidences happen at the right time. It really does take you out of the show and it’s hard to go back to suspending your disbelief once it happens.

Still, if the show really is this carefully planned, then what they’re building up to has to be worth something, right? If only. Without getting into spoilers, Night Sky doesn’t start revealing its cards until its second half and to call their payoffs a letdown would be an understatement. In retrospect, I have to say the show doomed itself from the start — so much of the show was kept purposefully vague like it was building up to something ridiculously great and had they chosen not to lean so heavily towards keeping so much a secret, the payoffs would’ve still been disappointing but they wouldn’t have felt as big of a blow.

So is there anything in this show worth watching? Well, thankfully, the show has J.K. Simmons and Sissy Spacek as its leads and these two are giving such tremendous powerhouse performances, the show almost seems worth watching if only for the two of them. Simmons and Spacek are the only two aspects of Night Sky that breathe any life into the episodes — without them, the show would be completely lifeless and dull, so much so that the episodes are at their worst when they don’t focus on either Irene or Franklin.

That’s not the fault of the other cast members. They really are trying their best but they’re given almost nothing to work with and their characters are written so flatly and hollowly. They have to be in order for the show to keep its secrets. Night Sky doesn’t want to reveal too much about its own characters so instead it opts to go in the other direction and reveal almost nothing about them, or at least nothing worth latching on to.

The show is also visually impressive — there’s some great cinematography here with some interesting shots and camera work, and of course, the special effects look fantastic. The show really is gorgeous at times, especially when they’re looking at the night sky of the other planet, but visual splendor can only take you so far if you don’t have a good show to back it up.

Ultimately, Night Sky feels like it should’ve been a two-hour movie, not an eight-hour TV show. It’s sad to see two such great performances be wasted on such a nothing, especially since the show showed so much promise during its start. At the very least, it’s hard to get too mad at the show — it may be frustrating to watch but it’s so hollow and unremarkable you’ll immediately forget it after watching it.

READ MORE: Moon Knight On Disney+ Is Off To An Excellent Start 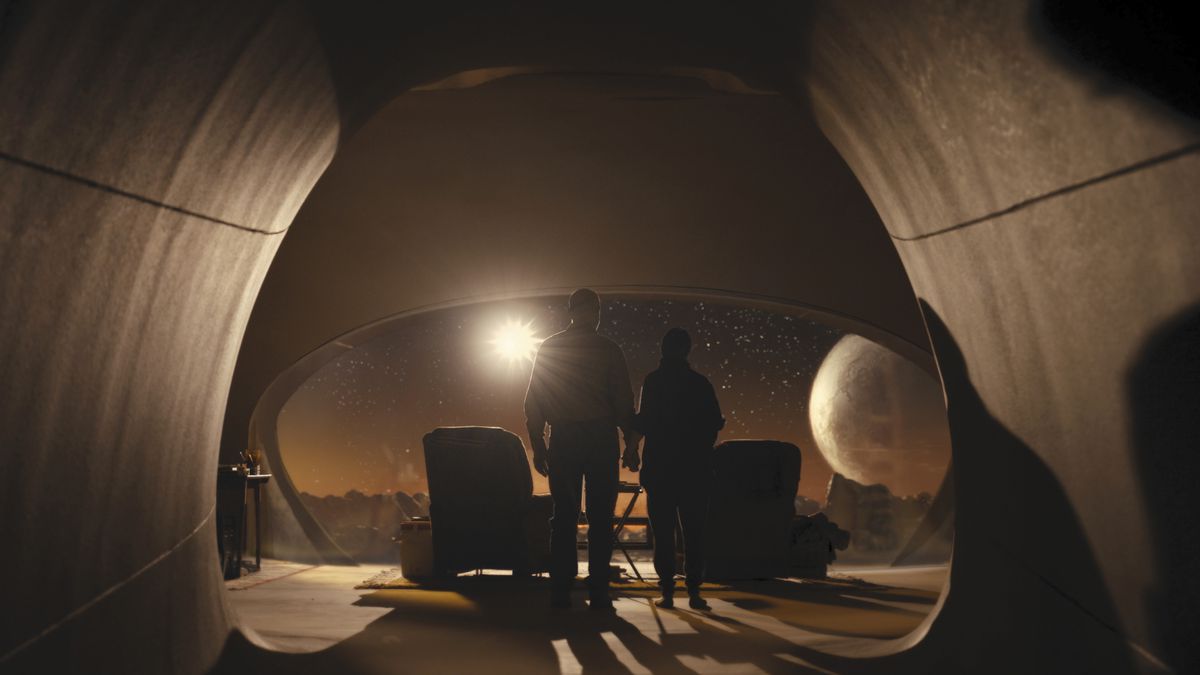 Verdict
Simmons and Spacek give great performances but it’s unfortunately not enough to keep Night Sky from being a dull, boring, and forgettable show.
4
Cultured Vultures is a pop culture website established in 2013 covering all things gaming, movies, and more. We eat your words.
All The News On The Biggest Games