Being the Ricardos REVIEW – Great Performances But Plays It Too Safe

Director Aaron Sorkin takes us into the darker side of one of Hollywood's power couples. 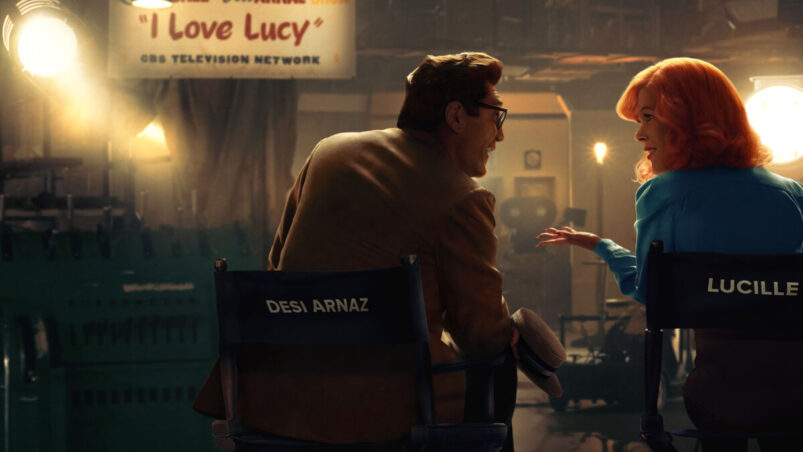 Aaron Sorkin’s Being the Ricardos has been subjected to media buzz from the get-go, mainly due to the controversial casting decisions of Nicole Kidman as Lucille Ball and Javier Bardem as Desi Arnaz. Both don’t look at all like their counterparts, and many were wondering how this would translate on screen, especially since there’s little to no effort to make them look like who they’re playing.

Having watched the film, I would say the end result is a mixed one. Kidman and Bardem are fantastic actors, and they do a serviceable job here, but there’s a distinct spark missing from their pairing as well as their portrayal of this iconic couple.

Being the Ricardos gives us a behind the scenes look into the most stressful week in Lucille’s career: she’s accused of being a communist and suspects her husband is cheating on her, but there’s also her pregnancy news and the impact of that on their TV sitcom. It’s a premise akin to the titular Steve Jobs biopic, which isn’t surprising since Sorkin was the screenwriter for that film.

As the curtain is lifted, we get to see the couple at work: they attend numerous meetings, participate at table reads, and are involved in various creative decisions. At work, they are a united front, a force to be reckoned with. Things at home, however, paint a different story.

The movie suggests that Lucille only did the show so she could be with Desi more; quite a bit of Being the Ricardos goes into flashbacks of how the couple spent a lot of their married life apart due to their careers. Working on a sitcom as its leading couple would then allow them to be together more, but this sadly isn’t the case. The magic between them comes alive on screen, and fades to black in real life.

The film employs an intriguing conceit, which involves Lucille’s frequent imagining of staging during a script read or when the premise of an episode is being brainstormed/discussed. A lot of people seem to think that physical comedy is something that comes naturally, so it’s great that the film dives into how every single move is choreographed and staged to perfection. How can props be used effectively? How should the actors interact in order to get the biggest laugh? The TV show is a hit and it’s funny because every detail is intentionally laid out.

While Lucy’s character in the show can be a bit of a simpleton, the real Lucille is shrewd, mercurial and ambitious – the latter completely in Kidman’s wheelhouse. As always, she’s so riveting to watch, and does a brilliant job as Lucille. She doesn’t quite have Lucy’s flair for comedy, but that’s okay. After all, this isn’t meant to be a recreation of I Love Lucy; if you want that, just go rewatch the show.

Considering what a trailblazer Lucille Ball was, it makes sense that there are feminist themes embedded within the film. The constant push and pull between Lucille and the various men in charge demonstrates how hard it was for a woman to be taken seriously in the male-dominated world of Hollywood. Lucille’s insistence on perfection makes her difficult and pushy, and it’s clear that while the show is about her, the male consensus is that she should stick to her place as its star and stop throwing her weight around. There’s also the suggestion that Desi’s philandering is a result of her emasculation of him and constant undermining of his authority.

As for the supporting characters, J.K Simmons and Nine Arianda do incredible work as William Fawley and Vivian Vance respectively. I mean, both look nothing like the people they are portraying – much like Kidman and Bardem – yet manage to make their characters sympathetic and real. As a supporting female character on the show, Vivian cannot outshine Lucille, and while there’s a friendship between the two, there’s also a rivalry instigated by the system of showbusiness. Simmons does grumpy old man well, but at the same time, he exudes so much empathy in his conversations with Lucille, proving himself to be more a friend than a co-star.

It does feel like Being the Ricardos tried to do too much, which leaves it feeling a tad unfocused, especially with its loose structure. Sometimes it takes a while to recognise that we’re in a flashback, since the tone and visuals are the same – Lucy’s hair colour is a good indicator, but we can’t always depend on this. Sorkin does tend to play it a bit safe in terms of cinematography, but I enjoyed the opening off-focus shots of Lucille and Desi’s argument/make-out session.

Sorkin was always going to have endure an uphill battle when it came to adapting this iconic couple for the screen, since detractors are never happy when they aren’t given mimicry. However, it would have helped if there was some verisimilitude to allow us to buy into the reality of Kidman and Bardem as Lucille and Desi just a little bit more. As it stands now, it’s somewhere near the finish line, but not quite a touchdown. 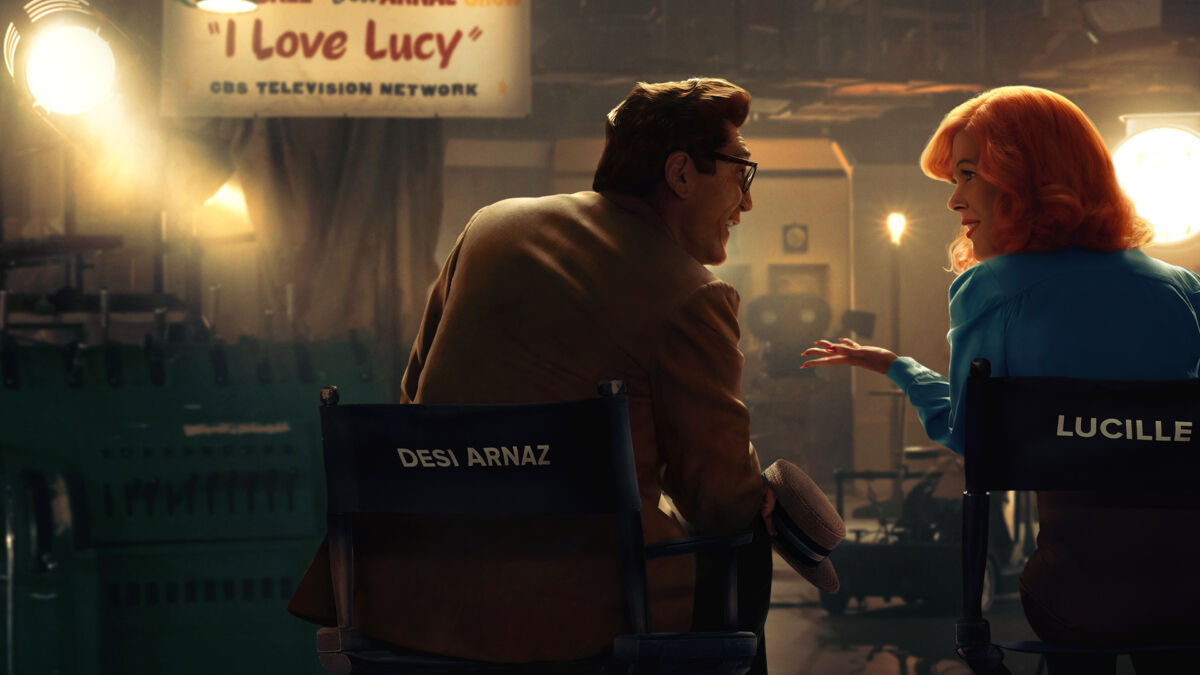 Verdict
Sorkin's film has a lot going for it - mainly with the fantastic performances of all involved - but could have taken more risks with the visual aspect of the storytelling.
7
Cultured Vultures is a pop culture website established in 2013 covering all things gaming, movies, and more. We eat your words.
All The News On The Biggest Games