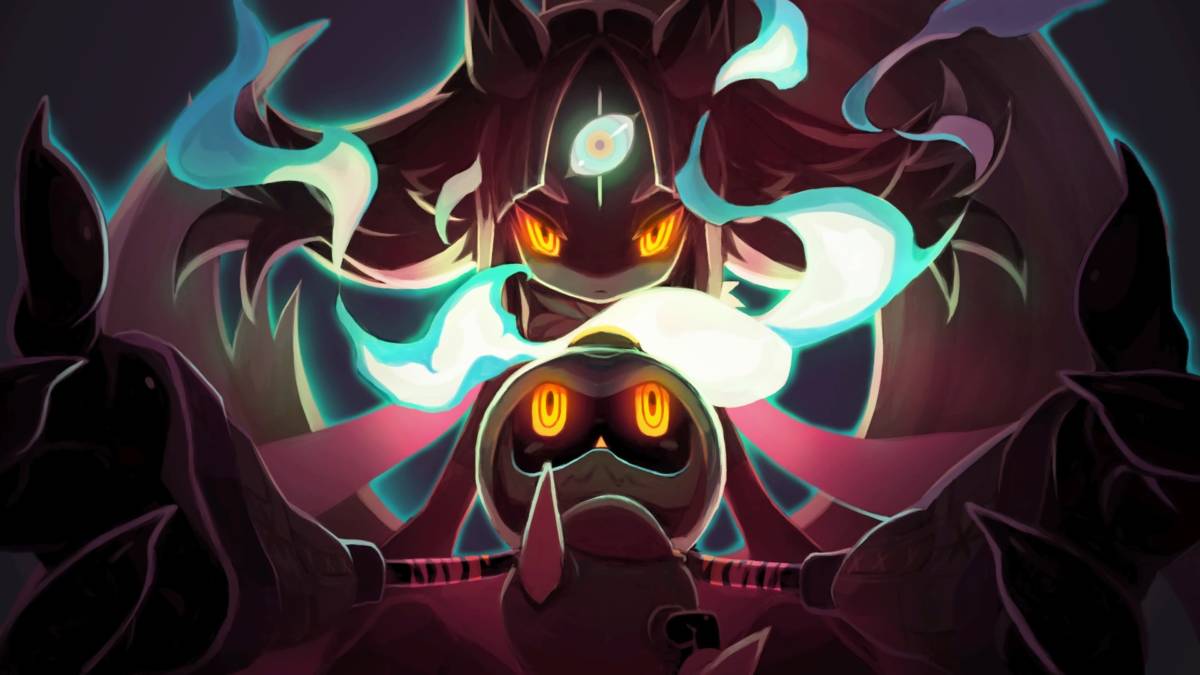 Already released in Japan over a year ago, The Witch and the Hundred Knight 2 (or WHK2, because I’m not writing that out each time) hits Western shores and stores at the end of March.

WHK2 is an action-JRPG taking the form of a dungeon crawler with rougelike elements – talk about niche genres. Set in the world of Kevala, where young girls are susceptible to Witch’s Disease, the game follows Amalie and her younger sister Milm who has come down with a case of the witch lurgy. Shortly into the story, Milm undergoes surgery in an attempt to remove the nasty witch germs but instead of curing her, Milm ‘awakens’ as the witch Chelka. She also grants life to her doll, transforming it into the titular Hundred Knight.

Chelka is a much different entity from her poor, innocent vessel; a foul-mouthed, no-nonsense witch with an evil agenda. Her dialogue in the cutscenes is drastically juxtaposed to that of the other characters who spew rather stereotypical fantasy jargon at one another. It’s often so out of place it can be quite jarring when Chelka drops an ‘asshole’ out of nowhere, like when your younger cousin has just learnt how to swear. 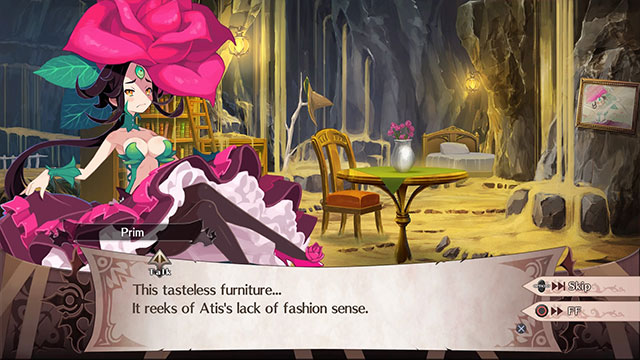 When it comes to the story, it definitely has potential and generates intrigue from the premise alone. Unfortunately, it feels like developers Nippon Ichi Software gave up after that initial spark, resulting in predictable character tropes, dialogue and terminology such as “magic resistant forceps”. Being a relatively unknown franchise is a fantastic opportunity to divert from the norm and experiment with something new. While the overall ‘dark’ theme is a breath of fresh air, the game rarely steps out of its comfort zone of “ooh, we’re a bit edgy”.

Interestingly, the game isn’t overloaded with cutscenes as is often the case with JRPGs. Yes, there are the obligatory text-dumps from time to time, but each scene is fully voice-acted lessening the effort required to pay attention to the menial story, though you’d be forgiven for skipping most of it.

The game does offer some semblance of interaction during these scenes in the form of optional responses from the Hundred Knight. Don’t get your hopes up though. As an essentially mute character you can only select to respond affirmatively, neutrally or negatively. Whichever option you choose to respond with only affects how the character you are conversing with initially responds. For example, you can’t decline to perform a task that Chelka has asked of you, despite how nefarious it may be. 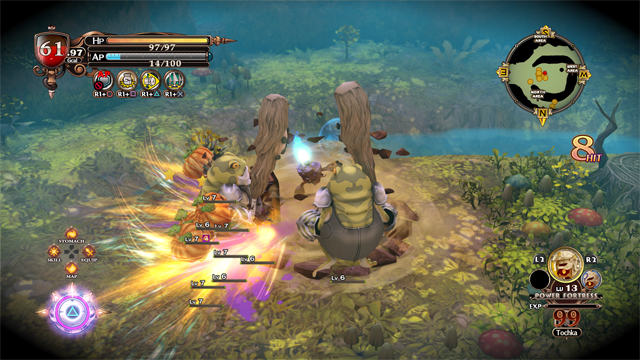 Taking control of the Hundred Knight is responsive and fluid. The camera is from a top-down perspective allowing you to move freely in any direction. The main bulk of gameplay consists of traversing randomly generated maps (more on that later) and fighting groups of varying enemies. By equipping up to 5 weapons of your choosing, you are able to create interesting and dynamic combos to thwart the nasties in your way. It’s incredibly satisfying to carve through lower level enemies with each slice, smack and thwack but it soon gets repetitive.

Unfortunately, WHK2 over-complicates its gameplay with extra mechanics and systems thrown in by the boatload. You can switch on the fly between something called ‘Facets’ which is basically another loadout for the Hundred Knight. This does prove useful as enemies are weak to certain attacks and strong against others, and as they all congregate together, being able to switch back and forth with L2/R2 makes this simple. There’s a dodge mechanic that, if timed correctly, triggers a slow-mo effect for a short period to get in some extra hits. All well and good but it’s not clear exactly when you should be dodging. There’s also skills to level up, chances to perform finishing moves and crafting systems that I could go on to describe but you get the picture. It’s a bit convoluted. 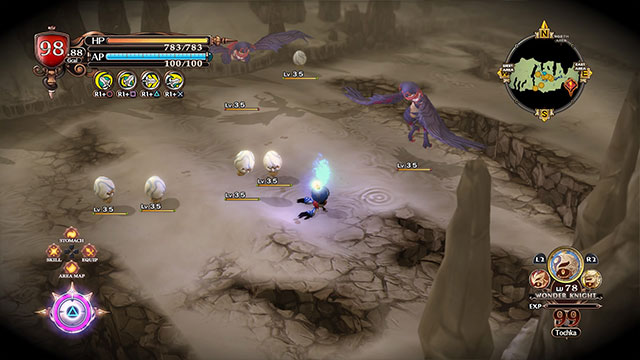 Combat aside, the main system in play during your time with WHK2 will be the depletion and restoration of Giga-Calories. From the moment you enter an area your Giga-Calorie meter starts counting down. It’s also affected when the Hundred Knight is knocked out by an enemy, respawning where you entered the area and taking a large chunk of calories in place of replenishing your HP. To restore your Giga-Calories you need consumable items (rarely found in the field), to digest useless items from your ‘stomach inventory’ (you read that correctly) or perform the previously mentioned finishing moves on enemies (the only worthwhile option). This does add a sense of urgency to proceedings but in reality ends up being another nuisance to deal with.

Not only that, but you’re bombarded with all this information in the initial tutorial stage of the game. New systems are thrown in your face while you’re still getting to grips with what you’ve just been taught. There’s a thin line between providing depth and over-complication and WHK2 is so far on the wrong side of that line, that the line is a dot to them. 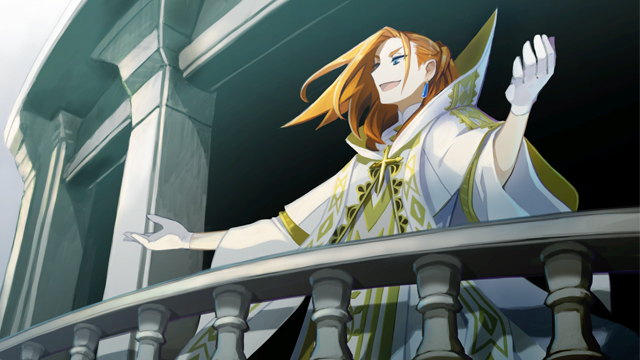 Traversing the aforementioned randomly generated maps is a bore. The landscapes are so repetitive I didn’t notice they were randomly generated right away. Consisting of similar patterns over and over with little more to do than smash through enemies, it’s difficult to see how anyone could get enjoyment out of the game at all.

Thankfully WHK2 is at least pretty to look at. The visuals don’t exactly pop off the screen but the cartoony style perfectly suits the game and it’s anime-ish character design. Occasionally interspersed between the dialogue breaks is some truly beautiful artwork for the characters. Alas, good frames can’t save bad paintings.

WHK2 is let down by the developer’s unwillingness to deviate from the norm. Playing it safe more often than not, Nippon Ichi Software have wasted an opportunity. They could have dared to be different and even win over Western audiences, similar to how Capcom have with the recent Monster Hunter World. WHK2 takes itself way too seriously to the point it almost becomes laughable. If only the developers were in on the joke and were lampooning a traditionally stoic genre, WHK2 might have been saved.

If you’re looking for a better quality JRPG to dump hours into, perhaps you should read about Ni no Kuni II: Revenant Kingdom.

Verdict
With the combat mechanics and systems falling short at providing much-needed depth, WHK2 can only be tolerated in short bursts before becoming mind numbing. All too often I found myself wishing I was playing something else and if a game is making you feel that way, it’s not a great sign. Microtransactions: None
3