AEW Trios Championship On The Way 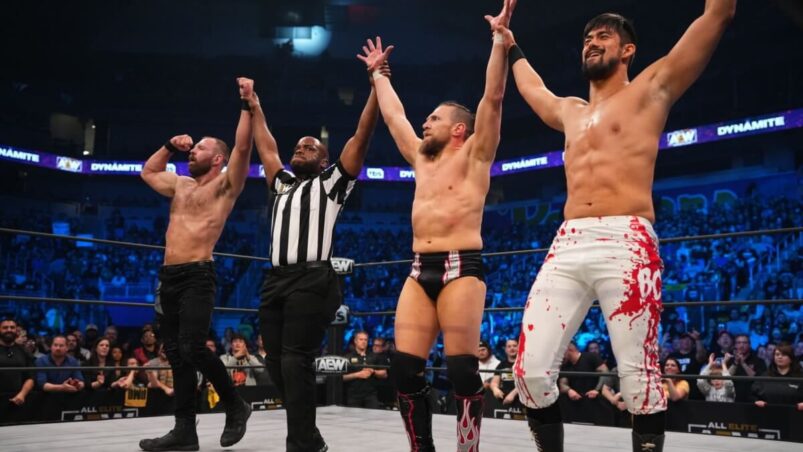 AEW head-honcho Tony Khan has confirmed the pending arrival of the AEW Trios Championships, the first of its kind in a prominent American promotion since Lucha Underground. Since the growth of the AEW Tag Team division and the arrival of trios factions like Death Triangle, The House of Black and Blackpool Combat Club, wrestling fans have been demanding a Trios championship to help give some credit to these burgeoning stables that are competing over little spoils.

Tony Khan confirmed the rumours of these Trios belts being in production by stating the following:

“It is truthful that I have made the belts. I made them a long time ago, to be honest with you. They’ve never been seen, and I did have them made.”

Somewhere in the world, these three belts exist, and are waiting to be picked up and introduced to the AEW roster. It’s safe to say that when Khan decides that it’s time for the Trios titles to see light, then the Tag division will get a lot more exciting.

TK also went on to confirm that there are several more championships waiting to be brought into play, some of which that have already made it through production and are waiting in an office somewhere for their eventual unveiling.

As far as when the Trios titles will debut in All Elite Wrestling, Khan did mention that he’d be more inclined to do so upon the return of Kenny Omega, presumably thinking of giving it to ‘The Cleaner’ and his Elite buddies to get it off the ground running with some major stars acting as its inaugural holders.