Who In AEW Could Defeat Jade Cargill?

All good things come to an end. 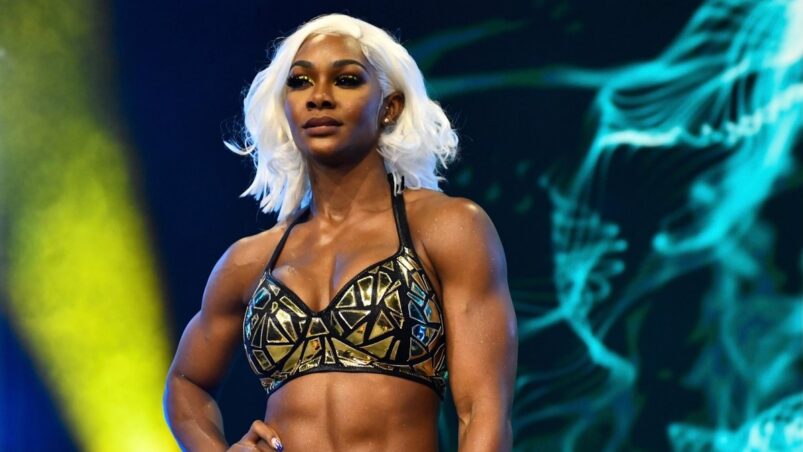 Full Gear 2022 was a big night for the AEW Women’s Division in many ways. Saraya made her in-ring return and defeated Britt Baker, Jamie Hayter defeated Toni Storm to become the interim champion, and Jade Cargill continued her undefeated streak by defeating Nyla Rose in a TBS Championship match. While the focus of many fans is on the women’s world title and Saraya, we’re left scratching our heads about the status of the TBS title picture.

At this stage, it’d be to AEW’s benefit to cut their losses on the Jade Cargill experiment and have her drop the TBS title. It’s impossible to doubt Cargill’s star power and charisma, but she and her title are in a constant state of spinning their wheels. From PPV to PPV, the TBS title is anonymous without any clear challengers ever being built up to credibly oppose the undefeated champion. With that said, there are some women on the roster who could defeat Cargill and breathe some new life into the TBS Championship.

The inaugural AEW Women’s World Champion has had quite an erratic run in AEW. Injuries, Visa issues, and a pandemic have all been major roadblocks for her and AEW to navigate. Despite all that she has been known to steal the show anytime she’s given an opportunity to stretch her legs on TV.

Riho has also been known to overcome the odds in the past so it would be befitting of her character to dethrone Jade Cargill. From there, we’d like to see her have a Cody-style run where she turns back challengers via an open challenge to make the most of her abilities as a wrestler.

No AEW fan could turn down the opportunity to see matches like Riho vs Emi Sakura, Riho vs Willow Nightingale, or even Riho against indie names like Queen Aminata, Promise Braxton, and Trish Adora.

Another former AEW Women’s World Champion and Japanese star who has been frequently left in the dark. Shida now splits her time between AEW, MAKAI, Ice Ribbon (where she is a tag team champion), and Pro Wrestling WAVE (where she is the Regina di WAVE Champion).

Similar to Riho, Shida delivers every time she’s called upon and has the credibility to defeat Cargill if needed. While the title being on someone that isn’t always available isn’t ideal, anything is better than its current purgatory.

Nightingale is one of the newer signees to the women’s division but is already gaining a following among the fans. Her bubbly nature has made her an instant hit with the AEW audience, who react favourably every time she appears.

Nightingale has already tried and failed to dethrone Cargill, but that could easily be worked into a storyline in the future. It’s not often that someone wins the fans over as quickly as Nightingale has and AEW would be silly to not capitalise on what they’ve got.

As a member of The Baddies, Velvet was poised to be one of Cargill’s henchwomen until an injury sidelined her. Since then, Velvet has been replaced by Leila Grey and doesn’t seem to be missed by the current champion. Fans always tend to root for wrestlers coming back from injuries so AEW could kill two birds with one stone by having Velvet return and defeat Cargill. This would be a nice way to reward someone that’s been honing her craft and improving under the AEW banner for some time. In addition, Velvet was showing some real potential just before her injury, so give her the title and let her shine bright.

The only potential issue with this option is we have been given no indication on when Red Velvet is returning to action. Waiting around for her to come back could be more detrimental than going with one of the other options.