The former WOS and UK Love Island star is hitting the big leagues. 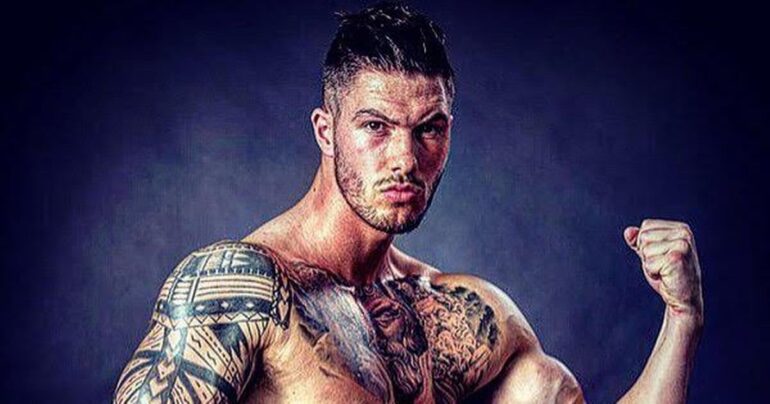 As first speculated by Wrestling News Observer, Irish wrestling star Adam ‘Flex’ Maxted could be making his way to NXT UK as part of their latest batch of signings.

Who is Adam Maxted?

Maxted made a brief name for himself as part of the revived World of Sport roster, where he captured the Tag titles alongside ‘The Professional’ Nathan Cruz. Some might also recognise him as a star of Love Island’s second season, where he finished fourth alongside Katie Salmon.

‘The Most Handsome Man in Wrestling’ has found himself competing in notable UK promotions including OTT and ICW, although his wrestling career has been put on hold due to the effects of the global pandemic. Although it seems things are looking up for the 28 year old, who is now hitting the big leagues in NXT UK.

When will ‘Flex’ debut?

‘Flex’ joins the likes of Millie McKenzie, Taya Valkyrie and Meiko Satomura as part of NXT’s latest class of newbies. WWE have yet to officially confirm the full list of names joining the Performance Center, although rumours suggest that this particular group is one of the biggest recruitment drives yet.

It’s likely that Maxted will make his debut within the next month or so for NXT UK, as their turnaround from signing to debut tends to be shorter than most.

Maxted will fit in well amongst the larger wrestlers signed to NXT UK, including: Rampage Brown, Joe Coffey, Sha Samuels and, in time, even the now longest reigning NXT UK champion, WALTER.