7 UK TV Shows You Need to Watch This January 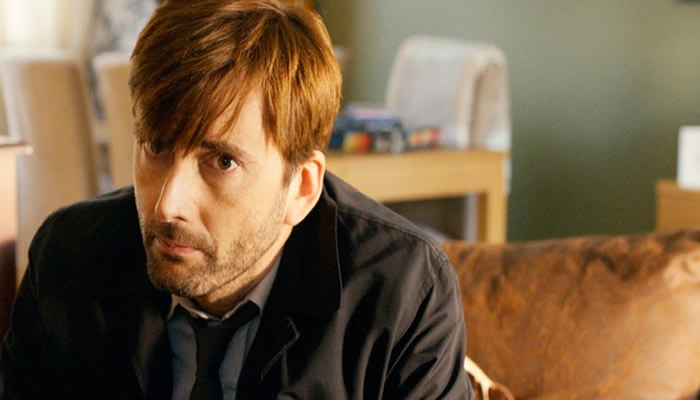 So all the Christmas fuss is over. Goodbye Christmas specials and goodbye re-runs of awesome films! What are we all going to watch now? Well for one, most of will be heading back to the world of work and won’t be able to watch as much TV as we did over Christmas. To make your lives easier, here is a list of some great TV series that are coming our way in January here in the UK that are worth your time.

Where & When: ITV, Series 2 begins on the 5th January
The first season of Broadchurch was originally intended to be a one-season deal, but it is back by popular demand and fortunately is still fronted with the great David Tennant and Olivia Colman. Although, the creators have said it is not another murder-mystery plot, but they insist that it still has the same tone as the previous series. Get ready to be hooked once more on this eight part season.

Where & When: ITV, season SEVEN (I know right? Where did the time go!?), starts on the 3rd January
This may turn the noses up of some people, but the rest of us love how cringey this program is. So for all of you who love Paddy’s silly catchphrases, the stupid questions the men ask and quite frankly, the unbelievably horrific answers they get in return, the new series, with a whole new cast of ladies, is returning to your screens this month.

Where & When: BBC One, Series 4 airs on the 8th January
This will be Kris Marshall’s second series after replacing Ben Miller as the lead role in Death in Paradise. Filmed in the Caribbean, this TV drama gives us a change of scene from the usual TV crime drama, which is refreshing.

Where & When: BBC 3, starting on the 8th January
Crims is a new comedy airing on BBC 3 this month, with the TV acting debut of both Elis James, who plays straight-laced Luke who unknowingly is his friend Jason’s, played by Kadiff Kirwan, getaway driver. The series follows their time at young offenders institute and promises to be funny as Luke has to rely on his idiotic friend to get some prison street-cred.

Where & When: BBC One, Series 2 starts on the 9th January
Season 2 of the popular series, The Musketeers, has been written specifically for its post-watershed 9pm slot (rather than, the original first season’s 8pm slot) so watchers can expect bloodier action scenes this time around! Joining the cast this season is Hustle’s Marc Warren, James Bond actor Colin Salmon and Misfit’s Antonia Thomas.

Where & When: ITV2, begins on the 13th January
Bad Education’s creator Freddy Syborn brings to Cockroaches to our TV screens this month. Suze (played by Ester Smith) and Tom (Daniel Lawrence Taylor) star as two nineteen year olds who have sex as a nuclear disaster sets to destroy the world and follows the consequences of actually surviving said apocalyptic event, emerging ten years later in a post-nuclear war England. Oh, I did I mention Jack Whitehall appears? With all three actors already proven comedic acting skills, this series should be a treat!

Where & When: Sky Atlantic, 29th January
The trailer suggest living in Fortitude guarantees a quiet life – a TV lie for all hell breaks loose is the unsuspecting small town. Also, for the ‘safest place in the world’, there sure was a lot of guns in the trailer! This cracker of a series has a star-filled cast with the likes of Christopher Eccleston, Stanley Tucci, and Michael Gambon. Fortitude looks to be an absolutely chilling thriller, written by Simon Donald, and is not one to miss – don’t forget to series record!