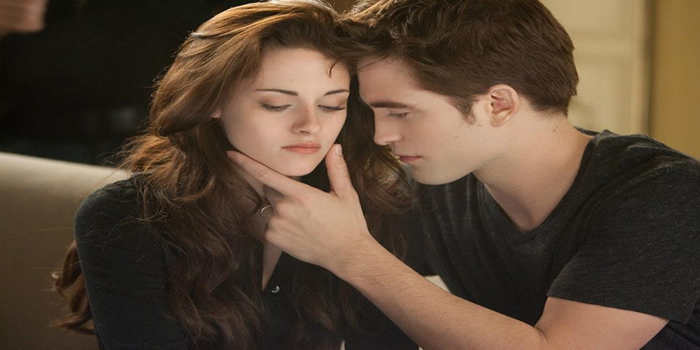 We have to stop romanticising men with serious issues. There is nothing poetic about being with a physically or emotionally abusive person. That includes not only the more obvious issues like men who strike out at their partners, but also the more common mysterious American bad boy in ‘chick flicks’ that is only capable of one word responses yet somehow has all the girls kissing the ground he walks on. In the middle somewhere lays the angry guy who is secretly a total sweetheart – but only towards the girl he loves.

None of these concepts are anything new – nor do they show any chance of disappearing soon. Many ladies I’ve met say they want a relationship like something out of a movie – What? Unhealthy and largely unfulfilling? Maybe the abusive and unemotional guy turns out to be dream husband material in the end, but personally I wouldn’t have stuck around long enough to find out.

Maybe I’m just cynical, but if someone I barely know treats me with hostility, I cast them aside and move on. Contemporary cinema teaches us we’re not supposed to do that. We should hold on and wait for the miraculous day when this special snowflake of a man suddenly turns from an ugly toad to the knight in shining armour. We should put up with their abuse because one day we will come to understand and love them.

Fifty Shades of Grey is a major culprit in normalising these behaviours as Steele learns to adapt to suit her relationship with Grey, rather than emancipating herself. She learns how to not anger him at the cost of her own personal freedom. This is thought to be typical of domestic abuse victims. Although the publishers of the book are quick to defend their relationship as completely consensual, this does not change the fact that it is promoting unhealthy relationships. Around 1 in 4 women are victims of domestic abuse, according to the Journal of Women’s Health.

Twilight is guilty on the charge of putting it to a woman (Bella) to tame the savage man (or vampire, Edward). Bella has low self-esteem and is completely submissive to Edward, who can treat her however he pleases. Edward is controlling – he is constantly dragging Bella away from her family and friends. He is jealous, possessive and pretty much stalks her as he forbids her to see Jacob and reads people’s thoughts to find out where she has been. Finally, he forces her into marriage when she isn’t ready – a coercion tactic so that she will stay with him.

Beauty and The Beast is one that might surprise you. This is another story where a lady (Belle) is expected to put up with abusive behaviour and to support the man/beast’s transformation into a prince. Belle is literally his prisoner. He locks her in a room and starves her until she agrees to comply with his demands. She excuses his behaviour, believing it to be a character flaw before falling in love with him and seemingly feeling obliged to look past any trauma that he put her through because he can’t be held responsible for his issues. This is typical of victim/abuser relationships.

But it’s not just the movies. The disease has also spread throughout many popular teen television shows. One example is Veronica Mars, whose relationship with rich kid Logan eventually leads to her rape due to his careless actions, which are ultimately blamed on his abusive, murderous father. He is Veronica’s true love regardless of his actions and she is left to take on the responsibility of turning him into a decent human being.

There are also less obvious examples, such as the relationship between Rory and Jess in The Gilmore Girls. Jess starts off as a one-syllable wonder, the bad boy that brings Rory more excitement than her ‘perfect’ boyfriend Dean. When Rory and Jess are officially dating, he barely bothers to make small talk with her family and friends. Everyone roots for Rory to be his saviour as he carelessly gallivants off to commit petty crimes and pick fights. He openly refuses to attend social events with her. Even a phone call is beyond his capabilities as Rory is left to patiently wait around for him because questioning his actions is guaranteed to result in a heated argument and unnecessary tension.

In the real world, a leopard doesn’t change its spots. It’s not our job to desperately seek the good in troubled men, investing all our time and effort into moulding them into a decent member of society and I really do think that this is an issue which affects the average person in the real world. We’re becoming so accustomed to these kinds of story lines that emotional, if not physical abuse is dangerously close to becoming widely accepted as a male trait that we have no choice other than to put up with.

Not only are women worth more than that, but MEN are better than that. Men are fully capable of having emotions, dreams and aspirations. These stereotypical bad boys crush that concept and replace it with the frustrating idea that ‘real’ men feel nothing, which in turn only encourages abusive behaviour.

Nobody benefits from the romanticisation of abuse except the abusers, clutching onto their Hollywood-stamped permission slip.