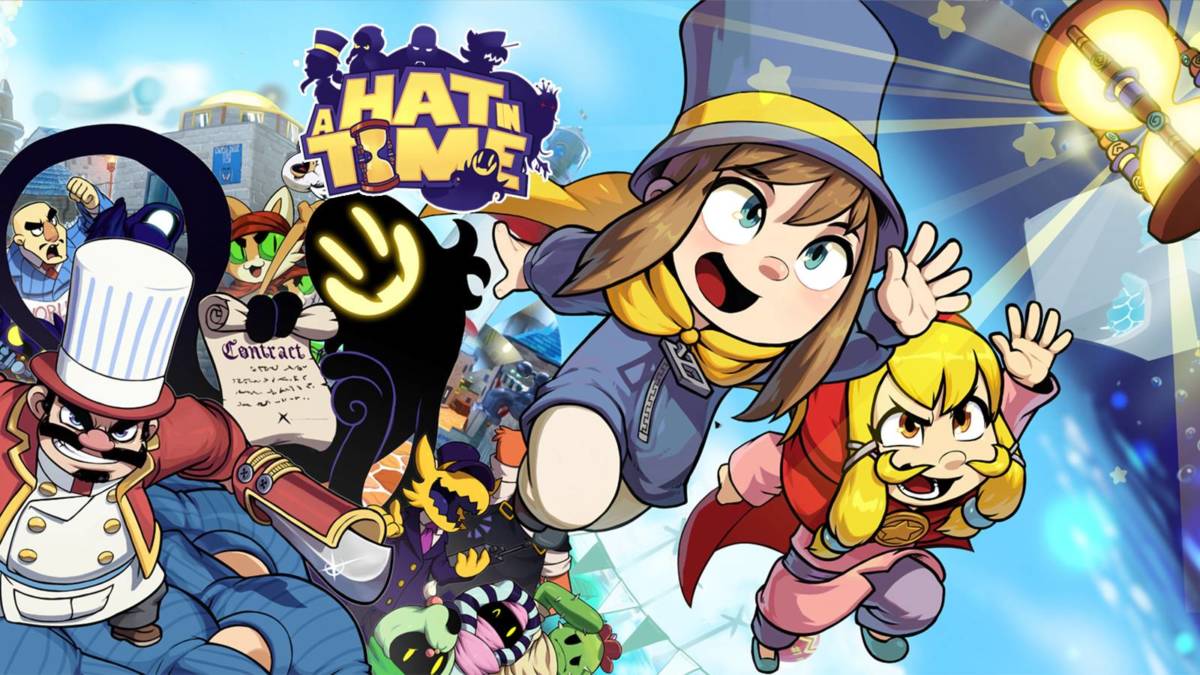 Following the mediocre Yooka-Laylee earlier this year, I was slightly worried about A Hat in Time, another Kickstarter funded retro platformer. Straddling the line between classic collect-a-thon platforming and modern gaming seemed to be a task too large for Playtonic Games, but Gears for Breakfast’s maiden title is a far more polished product.

A Hat in Time is a colourful, well-designed experience filled with humorous moments, extensive voice acting and quirky level design. There was rarely a moment where I wasn’t in awe of attention to detail that has been put into this game.

Each world is unique and often features dramatically different gameplay. One minute Hat Kid, the hatted heroine main character, is leading a makeshift conga line, and the next a suspect on a murder mystery film set. Perhaps the best one has players tiptoeing around a mansion, avoiding a nearby shadowy foe.

Stages only take a couple of minutes to complete and are jam-packed with fresh ideas that could have been fleshed out into separate games.

This varied level design, added with the large range of customisable hats and badges that you can collect, provides hours of entertainment and deserve to be fully explored. What’s even better is that each type of collectable serves a purpose; yarn unlocks new hats, and gems can be used to enhance items or unlock stages. This is not like the collect-a-thons of yesteryear where random bits and bobs are plonked across the world and only serve to artificially inflate the play time. Gears for Breakfast have spent years creating this gem and pack enough variety that not a single second felt wasted.

Between stages, the player is thrown back into a hub world where they can choose which stage they wish to play next. If there are one or two that you would prefer not to play, you are free to do that. The only requirement is that you complete enough stages to unlock the next goal.

This was not a problem I experienced, though, as I had become so immersed by A Hat in Time that I wanted to complete every stage and unlock all of the collectables.

Unfortunately, while A Hat in Time gets a lot right, the controls were occasionally unresponsive and the hit detection a bit wonky. Sometimes this caused some simple actions such as jumping between platforms and running up a wall to take two or three attempts when it should have worked the first time. These annoying little details, minor in the greater scheme of things, could waste a lot of time when they occurred.

It’s a shame as the things this game does well, it does really well. The developer should be commended for living up to the promises they made during their Kickstarter campaign, even if there are a few minor niggles here and there.