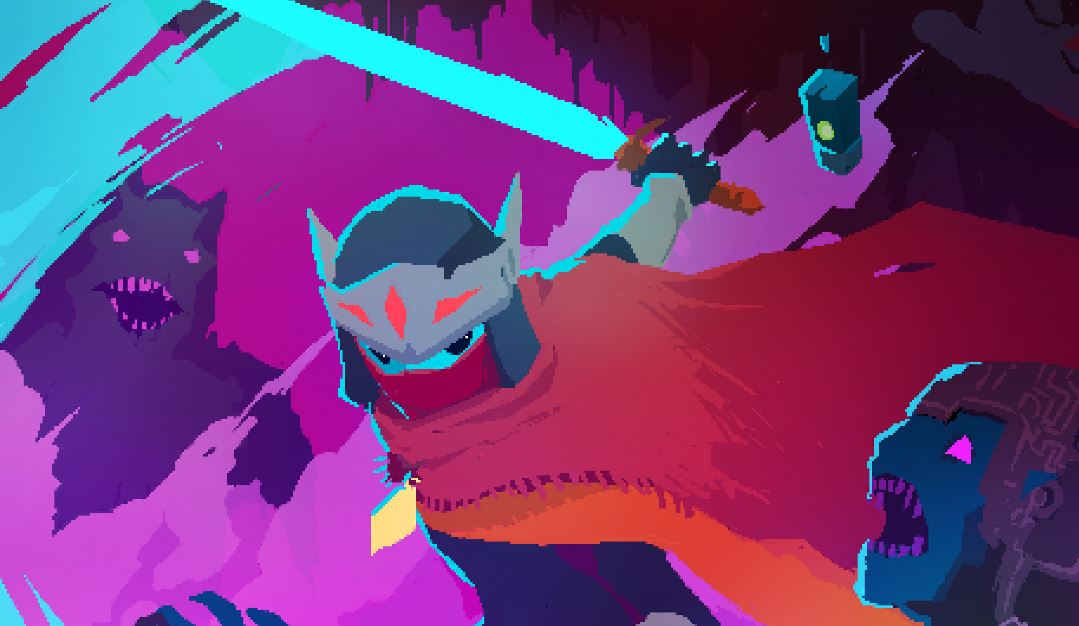 A popular trend in gaming is to take a formula, aesthetic or other proven but dated concept and put a new spin on it, an approach the indie side of the industry has been using to great effect. Hyper Light Drifter is one of 2016’s offerings from this camp, a pixel-heavy 2D action RPG that is light on the hand-holding and exposition and heavy on visual storytelling and punishing-but-fair combat.

Hyper Light Drifter casts you as a nameless wandering swordsman and gunslinger who travels a battered and ruined world with his tiny hovering robot companion in the wake of an apocalyptic war and pestilence. After the introduction, the Drifter awakens in the game’s hub town, dotted with various anthropomorphic animal inhabitants and shops from which to purchase and upgrade gear.

From this small safe haven the player embarks on journeys into the dangerous wilds beyond, the four cardinal directions leading to the game’s four zones, each with its own boss and other objectives. Each zone is distinct in design, from a decrepit city on the water reclaimed by nature to dark forests, every screen transition brings something mysterious and dangerous. Innocent, cutesy animal and character designs combined with the natural beauty of the world juxtaposed with the horrible atrocities and grisly remains the Drifter finds can be at once stunning and distracting, as enemies leap from the shadows in ambush.

The superb sound design and soundtrack add to the game’s ability to suck you in, with sounds that quickly become recognizable and distinct to help in gameplay and music and ambience that keeps the emotional attachment strong. I found myself lamenting the destruction of simple things like obstructive plants as the simultaneously chipper but somber music coupled with the *fwoof* of my sword cutting them apart, destroying another part of a world that has seen so much destruction already.

Gameplay consists of two primary facets, exploration and combat, and both are extremely satisfying and rewarding. Finding resources and secrets requires just enough investigation of obscured openings and debris/crate-covered buttons to feel like the player is earning their keep without being too obtuse or unfair. Combat is in a similar boat, with an interesting combination of close and ranged combat that literally feed into each other. Sword strikes on enemies and certain pieces of scenery are how ammo is recharged, and these ranged attacks are vital at keeping the encroaching hordes thin or striking enemies that are not as easy to fight in close quarters. While it is certainly chaotic and can sometimes be difficult to keep track of, this is by design.

Hyper Light’s combat wants you to learn, to feel the satisfaction of learning when to shoot, when to dodge, when to break out a special attack. It is demanding, and occasionally frustrating, but in a way that makes you want to try again, to improve. The game is seldom unfair. Upgrades to your weapons and gear are optional and must be purchased with rare currency, and while I’m told it is possible to beat the game without any of these, they are there if you feel the need. I certainly did, if for nothing else than for an excuse to explore every nook and cranny looking for yellow chips, eager for what I’d discover along the way.

Why these adventures are necessary at all is told in a minimalistic manner primarily through the game’s visuals. There is not a single line of spoken dialogue; NPCs only grunt and hum in response to the Drifter’s prodding, the companion robot beeping and chirping when it wants you to see something or remind you to heal. What few conversations the Drifter does, either with people in town or with fellow wayward warriors in the wilds, are conveyed solely through still images. All that is known at the start is that the Drifter seems to be terribly ill, and that he must be looking for something at the end of this journey.

The rest I leave to you to find out, because you should damn well check Hyper Light Drifter out.