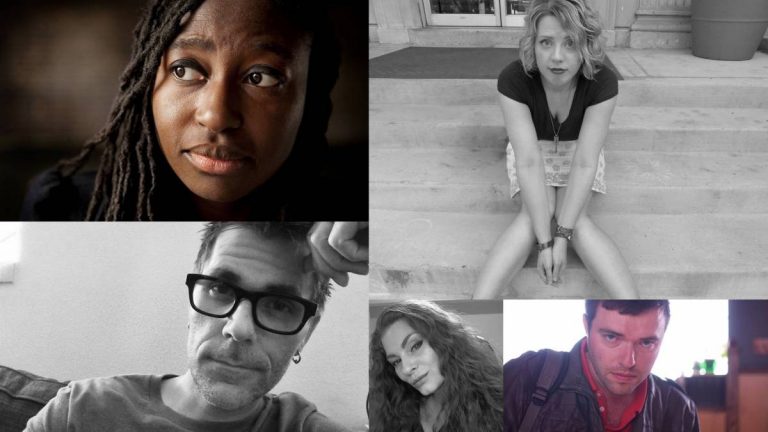 A new year can mean some new literary classics. It’s easy to get side-tracked and distracted by a game or just that series you’ve been meaning to binge on Netflix. Instead of sticking to the bestseller list and what’s in fashion, there’s a whole lot of untapped potential out there.

Rather than just focusing on prize winners or Don Delilio releasing his new novel, we thought we’d bring you an alternative. Have no fear, because here are 5 writers who are going to achieve great things in 2016. Check them out and then make that to-be-read shelf even bigger.

Scott McClanahan has been garnering attention for a long time. His previous books Stories I, Stories II and Stories V proved that he knew how to write short stories. His short stories were funny, engaging and downright heartbreaking. Following on from that came Crapalachia and Hill William, both of which gave McClanahan acclaim and showed that he was one of the best writers out there and wrote with his heart on his sleeve, no detail too personal.

In 2016, McClanahan is collaborating with Ricardo Cavolo for the graphic novel Daniel Johnston (Two Dollar Radio) as well as releasing his long awaited novel, The Sarah Book (Tyrant Books).

Walter’s novel, Paper Tigers, is already generating a buzz about it. Whether it takes your interest for its captivating writing or haunting story, it’ll be worth your attention. Here’s the synopsis:

“In this haunting and hypnotizing novel, a young woman loses everything—half of her body, her fiancé, and possibly her unborn child—to a terrible apartment fire. While recovering from the trauma, she discovers a photo album inhabited by a predatory ghost who promises to make her whole again, all while slowly consuming her from the inside out.”

The novel is coming out through Dark House Press, who have been doing lots of wonderful things and publishing some great authors. Walters looks to be no exception to this list, and Paper Tigers looks like it will be full of greatness and we don’t want to be proved wrong.

Amber Sparks is a notable voice in the literary community. Recently, she just released The Unfinished World, a collection of stories, which has been acclaimed by publications such as The Washington Post and The New York Times. So, it’s safe to say that they may be a couple of publications that know what they’re talking about.

It’s not her first book, but it may be Sparks’ entry into the bigger world of publishing, after May We Shed These Human Bodies was released by the great little independent press, Curbside Splendor Publishing, in 2013.

After having five novels already published, What Is Not Yours Is Not Yours is Helen Oyeyemi’s first short story collection and will prove that she isn’t just talented in novels. It will be a perfect jumping point for people who are unfamiliar with her work, and a great extension of people who know what it’s like.

Short story collections can be difficult for some writers, as they find novels to be easier for the freedom to expand. Yet Oyeyemi shows no signs of being restricted by the form, and instead will bend it around whatever story she wants to tell, and undoubtedly to success.

Garvin’s book, Symptoms Of Being Human, is going to discuss what lots of pieces of literature avoid discussing directly, the idea of gender:

“The first thing you’re going to want to know about me is: Am I a boy, or am I a girl?

Riley Cavanaugh is many things: Punk rock. Snarky. Rebellious. And gender fluid. Some days Riley identifies as a boy, and others as a girl. The thing is . . . Riley isn’t exactly out yet. And between starting a new school and having a congressman father running for reelection in uber-conservative Orange County, the pressure—media and otherwise—is building up in Riley’s so-called “normal” life.”

It is looking to be an important book, one that deserves the attention of many readers across 2016. Let’s hope it tackles gender fluidity well, as it needs addressing.

There’s the list of authors we think are worth watching in 2016. Though, it was hard to narrow it down just to five, so some of your favourites may have missed the list. Think we did miss anybody? Let us know in the comments.