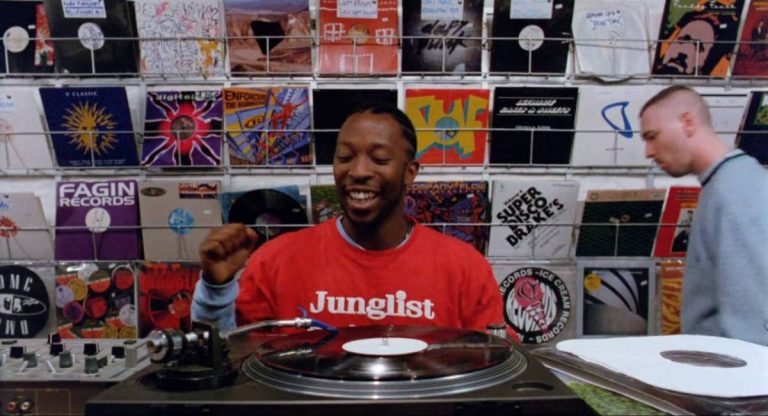 If you’ve been paying attention to film news in any capacity over the past week or so you might have happened across a trailer for a new film starring Zac Efron.

I have no issue with Zac Efron, High School Musical probably helped a lot of people learn how to happy by selling the myth that high school is anything other than a torturous labyrinth of growing pains and general angst (I like to imagine that if they released another sequel, all the characters would be languishing in dead-end jobs, slowly realising that they really did peak at 17). What I do take issue with is his new film, which carries the title We Are Your Friends (which while actually taken from a Justice/Simian track, sounds like eery police-state propaganda) and it looks like this:

Films misrepresent aspects of our culture all the time, but this is one of the most unsettling examples I’ve seen in quite a while. I have no issue with anything that tries to sell the message that music is the most important thing in the known universe, but not like this, not like this. We see Efron explaining that all you need is one track to be a great DJ, that building your mix up to 128bpm will instantly morph a dull party into a protracted orgasm epidemic and crucially that the EDM scene seems to be the epicenter of planet party.

I like plenty of EDM (well some, a few tracks, also I hate the name) and there’s a whole dynamic to that scene that you’re not seeing here, but it’s this kind of thing that really exemplifies the worst side of modern clubbing, the same side that wrote a $4 million cheque for Paris Hilton so that she could ‘DJ’ in Ibiza whilst genuine pioneers struggle to stay in the black. At the risk of sounding purist, clubs are meant to be a packed, sweaty mess of people far too engrossed in the music (amongst other things) to care about looking good. It always tickles me when party scenes in films try to make the whole thing look like some weird slow-motion photo-shoot for a really lazy issue of Vogue. I could be wrong, it could turn out to be magnificent, but the odds aren’t great.

At any rate, there are plenty of films concerning the club scene out there that actually manage to get it exactly right and remind me in no way, shape or form of Steve Aoki’s memoirs. It’s not exactly a thriving subgenre, nobody has ever really done for ravers what, say, John Hughes did for teens, but there are a few great ones, mostly made around the late 90s. Here are the top 5:

This film, in many ways acts as a kind of lament for the Ibiza club scene. Set long after the initial explosion of party tourism in the 80s, it stars Paul Kaye as Frankie Wilde, a fictional DJ who, after years of bouncing between gigs, lays and lines on the island starts rapidly losing his hearing. It’s a surprisingly heartening film, Wilde learns to DJ through touch instead of hearing, overcomes his cocaine addiction (via a gloriously odd sequence involving a giant man-panda) and learns to appreciate the world he’s in far more for the struggle. The reverance the film shows for the music (not least through cameos from Pete Tong himself and Carl Cox) is infectious, almost every track that features is given its due credence, 808 State even did an exclusive mix of Pacific State, to go with the other 3500 versions of that track that must exist by now.

While this film covers a hell of a lot more ground than just the rave scene, it tackles the actual genesis of it, for all intents and purposes, so it kind of has to be on this list. Starring Steve Coogan in what I’d call his finest role (‘aha’ all you want, I’m not taking it back), it chronicles the life and exploits of Tony Wilson, one of the most influential figures in British music, ever. Moving from his work signing acts like Joy Division and the Happy Mondays, it goes to see him founding the Hacienda, a club in Manchester famed for bringing the acid house scene to greater fruition amidst a flurry of dingy lighting and ecstasy (much of it supplied by Bez). A Guy Called Gerald makes a late appearance as rave culture bursts into life almost in an instant. It’s a fascinating, powerful, essential movie.

I think it’s probably fair to suggest that no film has ever been more misrepresented by its most famous scene than Saturday Night Fever. Watching John Travolta expertly groove his way through ‘Staying Alive’ is all well and good, but either side of that iconic moment you have a dark, often violent film about Brooklyn kids trudging their way through torturous working weeks so that they can peel themselves out of their overalls, put their chains on, fuel up on amphetamines and escape for the weekend (in this case at a club called 2001 Odyssey). It reflects the uglier side of the disco scene, as well as all the glitz and Travolta affects a frustrating bull-headedness and tragic desperation for something better as Tony Manero, it’s difficult to make the audience feel sorry for an attractive, talented, misogynist asshole but he pulls it off.

Germany (and Berlin in particular) has played a massive role in the innovation of dance music for decades. Following the aptly named DJ Ickarus (played by actual DJ and producer Paul Kalkbrenner) as he battles through drug issues and money issues to try and keep his career afloat, it’s far from the most original story in the world but the club and party scenes are shot in such a tangible, evocative way that it might be the most realistic depiction of the club scene in any fictional film. The k-hole scene is particularly, and frighteningly accurate. There’s a powerful honesty to this film, it makes no attempt to glorify the scene it’s depicting but at the same time it makes the loving dedication of those who exist within it inescapably clear.

Having attended the same film school as Justin Kerrigan, I spent the better part of 3 years being endlessly reminded of how brilliant Human Traffic is. You would think I’d be sick of it, but to the contrary, I still watch the film several times a year and I doubt that will ever change. It’s such a remarkably easy set-up, a group of twenty-somethings go out in Cardiff, have a great time and then settle in for the long comedown. Apart from perhaps being one of the most quotable films of all time (I’m not sure I’ll ever stop saying ‘safe as fuck’), it really cleverly reflected the shift from the rave scene in the 90s to the turn of the millennium in terms of music, drugs and social atmosphere. It’s brilliantly subversive and features a compliment of then relatively little known actors in wonderfully silly roles. Highlights include Danny Dyer taking E for the first time (as narrated by Jo Brand, at one point) and Rick from The Walking Dead as a barely recognisable rave-veteran whinging about the way the scene has changed.