It's a great month for Hulu subscribers. 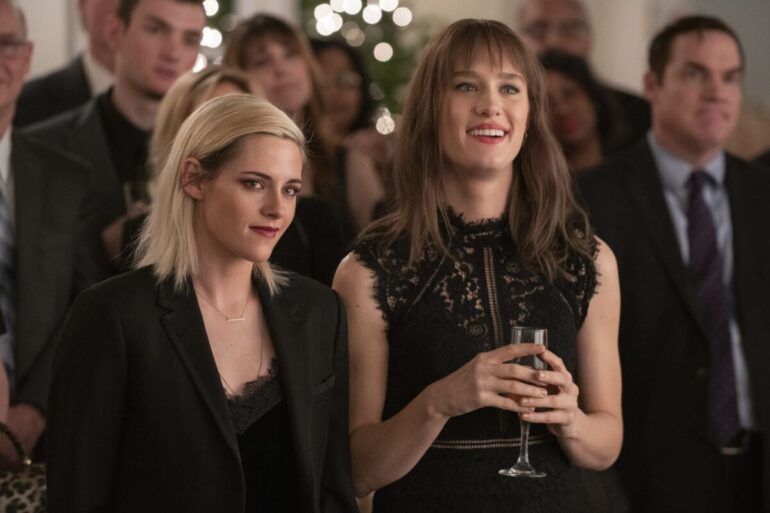 We’re almost at the end of the year, and while things remain as bleak as ever, thankfully we have movies to distract us temporarily. As is the trend for the past few months, most of these new releases are on streaming platforms, and with Netflix raising its subscription fee, we better get our money’s worth by indulging in all the new content they have to offer.

November also means Christmas season, and while these movies aren’t big enough to make this list of the biggest new movies of November 2020, if you are a fan of Kurt Russell’s Santa, or heavily invested in the Vanessa Hudgens cinematic universe, then don’t forget to check out The Christmas Chronicles 2 and The Princess Switch: Switched Again.

The Kents are reunited again in Thomas Bezucha’s Let Him Go, adapted from Larry Watson’s novel of the same name. George (Kevin Costner) and Margaret Blackledge (Diane Lane) lost their son James to a freak accident, and now that their daughter-in-law Lorna has remarried a Weboy, they feel like they’re losing their grandson Jimmy too.

Initially, Lorna and Jimmy are not that far away, but when Margaret stops by for an unannounced visit, she discovers that they had packed up and left, leaving no information as to where they moved and why. So Margaret and George hit the road in search of them, determined to bring Jimmy home. The problem is, Jimmy’s a Weboy now, and they won’t give him up without a fight.

With riveting performances from both Costner and Lane, and a wonderful mix of tender emotion and frightening tension, Let Him Go is not to be missed.

This is truly the month of family dramas, and Hillbilly Elegy is about as complex as they come.

Starring Amy Adams and Glenn Close, Hillbilly Elegy is based on the memoir by J.D Vance, and is Vance’s personal story regarding his experience and journey with his family. Vance is played by Gabriel Basso, who is on the verge of landing his dream job when a family crisis forces him to return to the home he has tried to forget.

With Netflix giving this film a theatrical release, this means they think it has a chance for Oscar success, and I can see why. Both Adams and Close are long overdue, considering the wonderful performances they have churned out over the years. I am still salty that Close didn’t win for her performance in Fatal Attraction. Close has been nominated seven times, while Adams has received six nominations; maybe Ron Howard’s Hillbilly Elegy will finally bring them Oscar glory.

Kate Winslet and Saoirse Ronan in a film together? Take all my money please. Directed by Francis Lee, the film is loosely inspired by the life of British palaeontologist Mary Anning (Winslet) and centres on a romantic relationship between Anning and Charlotte Murchison (Ronan).

Run is the second film from filmmaker Aneesh Chaganty, whose first film Searching was truly remarkable stuff. It was one of my favourite films of 2018, and Run, starring Sarah Paulson and newcomer Kiera Allen, is sure to make a credible splash as well. Chaganty also co-wrote the film with Sev Ohanian.

Run follows a wheelchair-using, homeschooled teenager Chloe (Allen) who has been raised in isolation by her controlling mother Diane (Paulson). As the story unfolds, Chloe begins to uncover bits and pieces of a secret that leads her to believe that her mother is holding a bigger and darker secret from her. Allen is a wheelchair-using actress, which is a huge step for representation in Hollywood. Run was supposed to be released in May this year, to coincide with mother’s day, but was delayed due to the pandemic. It will now be released on Hulu.

Much like Run, Happiest Season will also be released on Hulu. Unlike Run, it isn’t a thriller, and is a holiday romance film, starring Kristin Stewart and Mackenzie Davies. The supporting cast includes the likes of Daniel Levy (Schitt’s Creek forever!), Alison Brie and Aubrey Plaza, so you know it’s going to kill it on the comedy front.

Directed by Clea DuVall, Happiest Season follows Abby (Stewart), who is about to propose to her girlfriend Harper (Davies) at Christmas. The problem? Harper hasn’t exactly come out to her family yet. While the Christmas season is populated with cheesy Christmas rom-coms, I don’t think we’ve actually had a gay rom-com in the genre so far. In an interview with People magazine, Stewart said: “I think I’ve wished to see a gay Christmas rom com my whole life. I’m so happy and proud of Clea for bringing this into the world.”