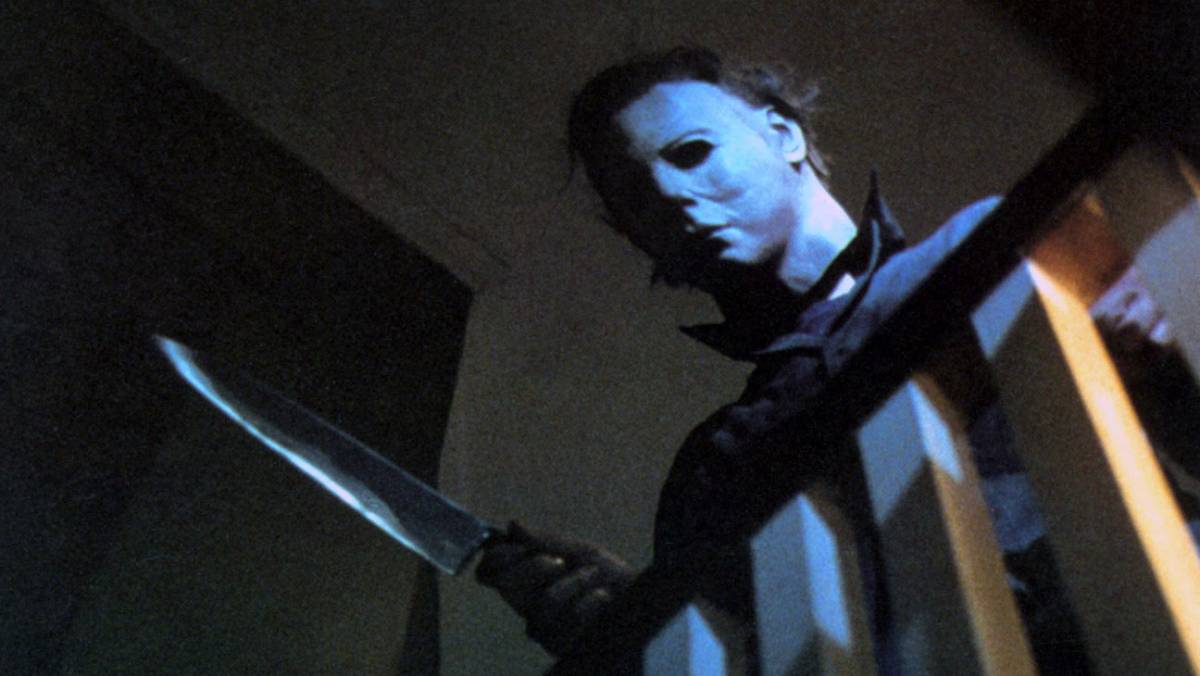 A year ago, I took on the 31 Days of Horror challenge for Cultured Vultures, watching thirty one horror films spread across the month of October. Outside of doing this challenge, my consumption of horror films is generally quite lacking, so it only makes sense that now Halloween month has crept up on us again, I ingest another horde of gruesome flicks.

Last year, I covered some modern hits like The Babadook and Gerald’s Game, as well as some classics like The Exorcist and Texas Chainsaw Massacre. While there were a lot of films I enjoyed, overall I found myself somewhat disappointed with how few films seemed genuinely scary, and how certain cult films like Texas Chainsaw Massacre turned out to be bloody awful.

So this year, I’m hoping to find a ‘iconic’ horror franchise that’s actually good, as well as some genuine, terrifying scares.

This first film is such a blast from the past. Everything about it is so incredibly nineties. Nineties stars, nineties characters, nineties story. Sarah Michelle Gellar, Freddie Prinze Jr., Ryan Phillipe and Jennifer Love-Hewitt play four high school graduates who accidentally run someone over after a night of celebrations, and after dumping the body in the water, find themselves taunted a year later by a mysterious killer who claims to know what they did ‘last summer’. While moderately entertaining, I Know What You Did Last Summer tries too hard to base itself around the mystery of who their assailant is, but in doing so makes the answer all too obvious. Still a fun little watch to kick things off, with some effective scares and a moderate amount of gore.

An interesting concept to follow up, if at times poorly executed. Brittany Snow plays a young woman who has been invited to a dinner party, in which she’ll be given the chance to take part in a twisted game to secure funding for her sick brother’s medical bills. The film is padded out with a cast of mostly likeable characters, and the real success of Would You Rather is in seeing how they’ll react to the various situations presented to them by Jeffrey Combs’ delightfully evil dinner host. While the film mostly shies away from revealing all the gory details, instead letting you linger on the aftermath, it ends on a strong note that almost lets you forget how poor ex-porn star Sasha Grey’s acting is.

Before the reboots, retcons, cults and Busta Rhymes, John Carpenter’s horror classic presented a simple of story of young, lustful girls targeted by a seemingly unstoppable killer. After escaping from an asylum, the murderous Michael Myers returns to his hometown, and finds himself drawn to three high school girls who are each occupying the same street on Halloween night. The film is fascinating in the way you can see the birth of multiple slasher tropes, and equally fascinating is the uber-creepy, ever-present Michael Myers. Halloween is hampered somewhat by its dated acting and camerawork, but is an otherwise fine film. So far, out of the various first entries to enduring horror franchises that I’ve watched, this (and maybe Nightmare on Elm Street, if it wasn’t so hammy) is the only one for which I can understand the appeal.

There’s something to be said for making a predominantly silent film, mostly forgoing any potentially cringey villainous dialogue and just focusing on the action. Hush sees the hearing impaired writer Maddie (played by the film’s co-writer Kate Siegel) trapped alone in her isolated house in the woods with a mysterious masked hunter lying in wait outside. The various twists and turns in their game of cat and mouse mean the tension is almost always high, and while there are a few weaker points, they fortunately don’t distract from this well written and excellently conceived thriller. Best film so far.

Hush may have been the best film so far, but The Belko Experiment is without a doubt the goriest. Despite being directed by Greg McLean, this film definitely feels more like the product of writer James Gunn’s mind. Frequent collaborators like Michael Rooker and Gunn’s brother Sean pop up for this outrageously violent flick, wherein the American employees of a Colombian-based company find themselves locked in their office building, and ordered to enact a violent culling at the command of their captors. Gunn manages to effectively tap into the psyche of the various employees, presenting two understandable sides to the argument of how the characters should move forward, while painting a deadly scenario in which no one is safe. Side note: never before have I seen so many skulls get bashed in on screen.

How have all these tentpole horror franchises become the goliaths that they are? Yet another disappointment, as Friday the 13th turns out to be another horror film with little substance or tension that definitely doesn’t hold up decades later. Young Kevin Bacon and a gang of randy youths become counsellors at a ‘cursed’ summer camp, and are slowly picked off one-by-one by a mystery killer…who isn’t Jason Voorhees. In fact, Jason is essentially not seen in this film*, which is strange, considering this would come to be known as his franchise. There’s a semi-interesting twist near the end, but one twist doesn’t make up for an otherwise boring film. I could barely keep my eyes open.

*I realise that’s no fault of the people who made this film, but this movie was so bad that I now have no interest in watching the films that actually have Jason in them.

Perhaps the creepiest film so far, Insidious follows a normal suburban family who become tormented by extra-dimensional beings after their son falls into a coma. This film forgoes the gore of the other movies we’ve looked at so far to focus on actual scares. Creepy monsters, haunted houses and genuine characters that you don’t want to see harmed, Insidious once again highlights why James Wan and Leigh Whannell are revered in the horror world. Unfortunately, while a decent movie, at times the proceedings become a bit too ridiculous, and some of the supporting performances aren’t quite as poignant as those of stars Rose Byrne and Patrick Wilson. However, the inclusion of Whannell and Angus Sampson as comic-relief, and the infamous Tiny Tim song, do make for some amusing times amidst that ridiculousness.

This may be the cheeriest horror film I’ve ever seen. The Wicker Man sees a god-fearing police officer take his search for a missing teenager to an island off the coast of Scotland, owned by a very charming Christopher Lee. There, he finds himself amidst a pagan society where nudity is abound, sex is offered freely and people spontaneously burst into song and dance. A rather pleasant place, but not to a devout Christian like Edward Woodward’s Sgt. Howie. It’s for that reason that, unless you fear deeply non-Christian values, the film doesn’t really play as a horror until near the close of the film. Fortunately, watching a gallant Christian hero and an exuberant pagan society butt heads for an hour and a half makes for very entertaining watching in and of itself. Great film, with a very smart payoff.