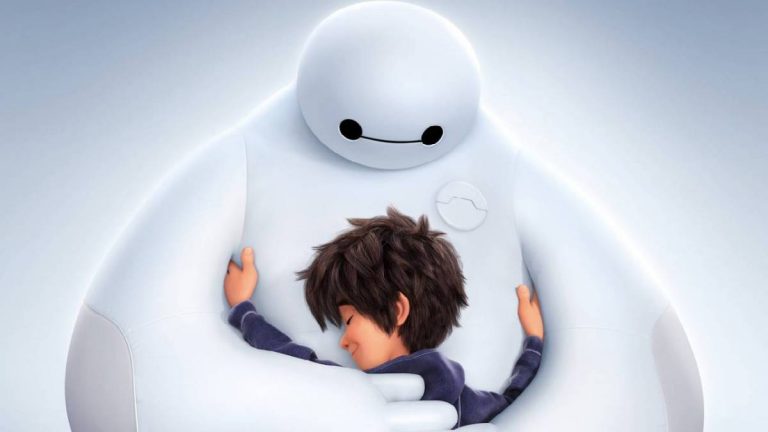 They say “behind every good man, there is a woman,” but in the world of blockbuster movies, the best allies to have by your side are often of the robotic persuasion. Always ready to dig you out of a rough spot, or march gung-ho into a battle, the movie robot sidekick has become a staple in modern sci-fi and action/adventure.

Sure, there have been some bad-ass solo robots over the years like Optimus Prime, Ava of Ex-Machina fame, and even Robocop (although, technically he’s a cyborg), but we’re here celebrating the sidekick. The back-up. The right hand man-droid. The robots that make the best partners in crime.

Whether it’s intergalactic co-pilots, shape-shifting planetary protectors, or time-travelling androids, join us as we count down the 10 best movie robot sidekicks.

10. Marvin – The Hitchhiker’s Guide to the Galaxy

If you’re looking for a robot companion to make your life seem infinitely more pleasant by comparison, then Marvin the Paranoid Android is a perfect selection.

In the 2005 feature adaptation of The Hitchhiker’s Guide to the Galaxy, Marvin is introduced as the resident robot and downtrodden servant aboard the starship ‘Heart of Gold’. Always on hand to supply an important statistic or offer up a sarcastic comment, Marvin is like having your very own depressed personal computer.

With the brain the size of a planet and integrated GPP (genuine people personality), Marvin is an ideal stand in for any human. Just don’t expect a barrel of laughs on your journey.

Over on the opposite side of the robotic spectrum, we come to the much more positive (albeit, just as annoying) sidekick in the caterpillar-tracked, binocular-eyed Johnny 5.

Having mailed himself to his friend in Manhattan, Johnny 5 experiences the ups and downs of human nature as he enters the big bad city for the first time, while scouring for infinite amounts of ‘input’, joining a local gang, and even playing wingman for his buddy’s first date.

If you’re in the mood for a talkative, friendly automaton with a penchant for Bonnie Tyler, then make sure to order your very own Johnny 5. He’s also great for getting around town in a hurry should you be lacking in cab fare.

In 2004’s I, Robot, Detective Del Spooner (Will Smith) is assigned a murder case where the prime suspect is a robot. Even though the three laws of robotics are meant to prevent such incidents from happening, Detective Spooner’s untrusting nature of robots pushes him to delve deeper into the mystery.

Starting off proceedings as an antagonist for Detective Spooner, Sonny eventually teams up with the robot hating Chicagoan to uncover a greater conspiracy within the world’s largest robotics company, USR.

Strong, agile, and smart as a whip, Sonny is a great partner for anyone, whether they like robots or not.

Just don’t accuse him of murder.

MORE MOVIES: The Best Ghost Movies of All Time 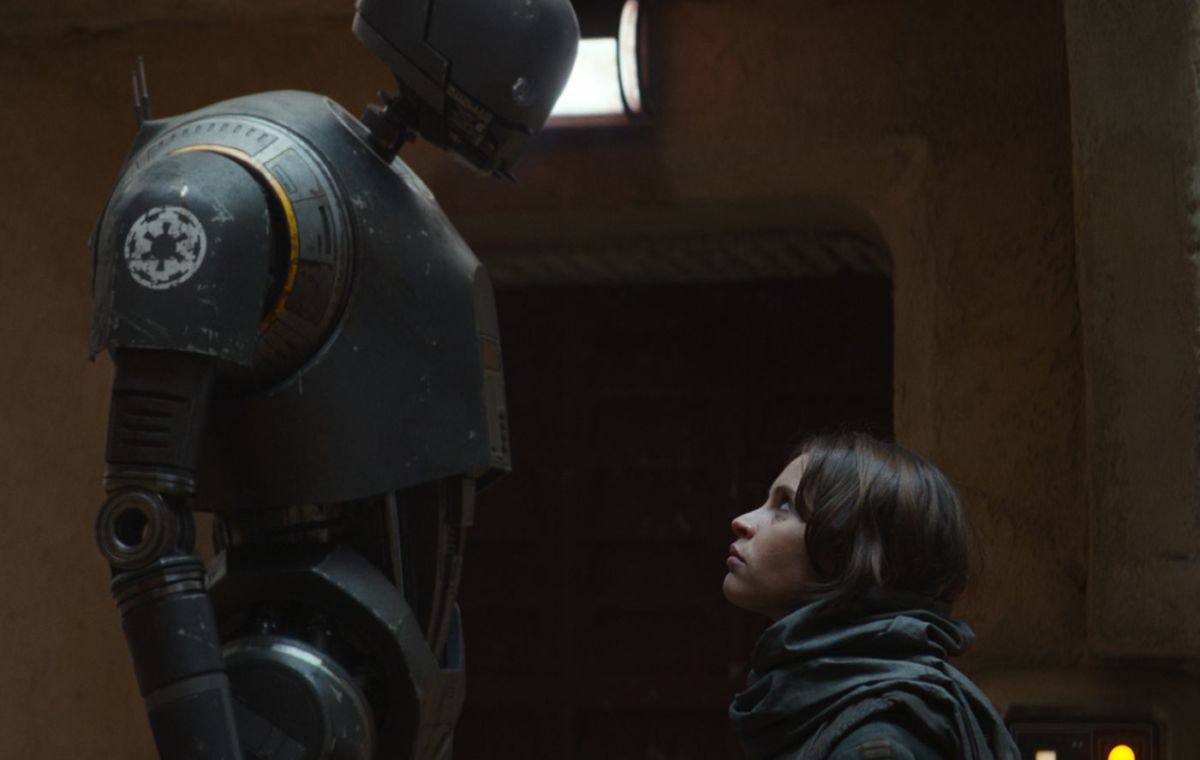 The Star Wars saga has no shortage of rebellious robots to choose from if your shopping for a cybernetic sidekick, and this prequel spin-off to the original trilogy is no exception.

In Rogue One: A Star Wars Story, we were introduced to K-2SO, a former Imperial droid that was reprogrammed to help assist the Alliance in their ongoing war with the Empire. A very useful ally when needing to infiltrate an imperial base or navigate a stormtrooper stronghold undetected.

As co-pilot to Cassian Andor, K-2SO is fine sidekick to have on your team, providing all the humour, skill, and statistical outcomes for survival needed for an inter-galactic rebellion. 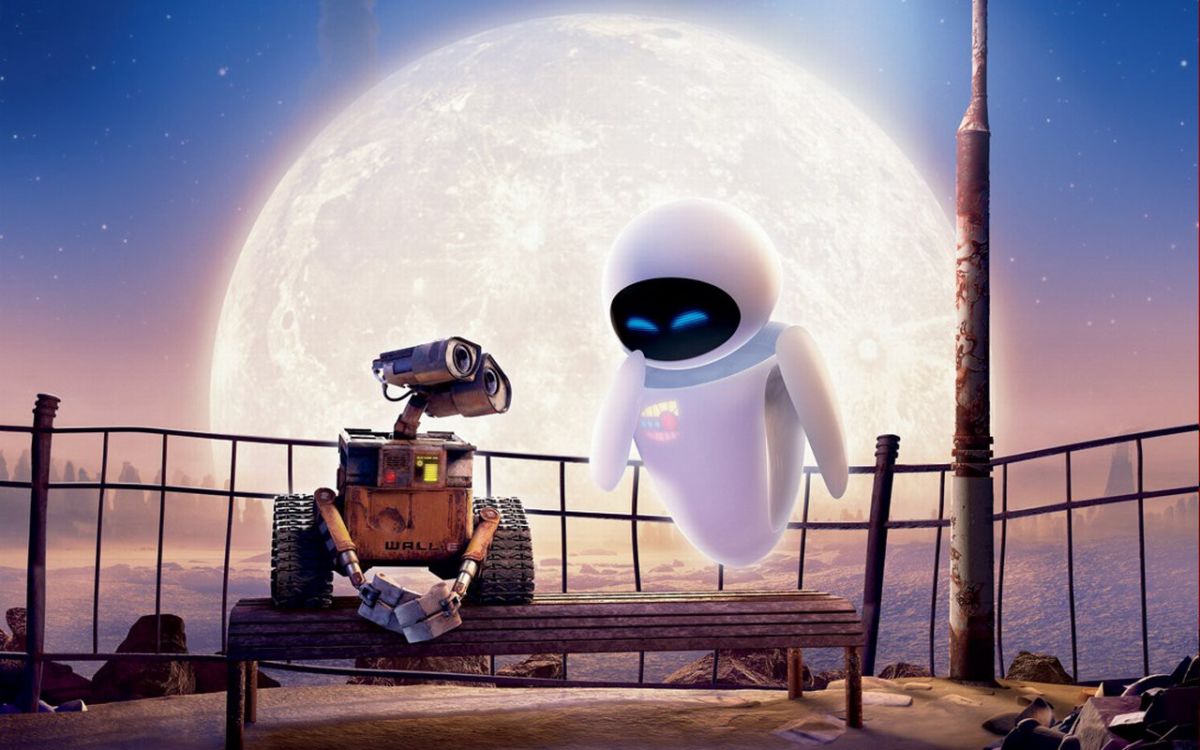 If you find yourself stranded all alone on a waste-filled planet with only a cockroach for company, then EVE (or Environmental Vegetation Evaluator) is a pretty solid choice for a partner.

Originally sent down to Earth to evaluate the planet for signs of organic life, EVE eventually befriends our loveable hero Wall-E (Waste Allocation Load Lifter: Earth-Class), the last remaining robot still functioning on the abandoned planet, going on to help Wall-E save the human race from becoming overweight, lazy, irresponsible loafs. Can you imagine?

Deceptively sweet looking, Eve can turn from sleek, graceful, evaluation droid, to deadly, cannon wielding exterminator on a dime. Not hard to see then why Wall-E would fall head over wheels in love with her. What a bot.

If you’re in the market for a robot sidekick that’s going to forego the usual comradery and comical quips, and just straight up do everything in its power to save your ass, may I suggest the T-800?

Fully equipped with humanoid endoskeleton and synthetic skin, the T-800 can blend into any environment. And with the ability to take a shed load of damage with minimal loss of function, while simultaneously utilising state of the art combat initiatives, the T-800 will always give you the upper hand in any confrontation.

As movie robot sidekicks go, Arnie’s T-800 is a must for anyone looking for a more direct solution to your villainous detractors.

MORE MOVIES: The Best Samurai Movies of All Time 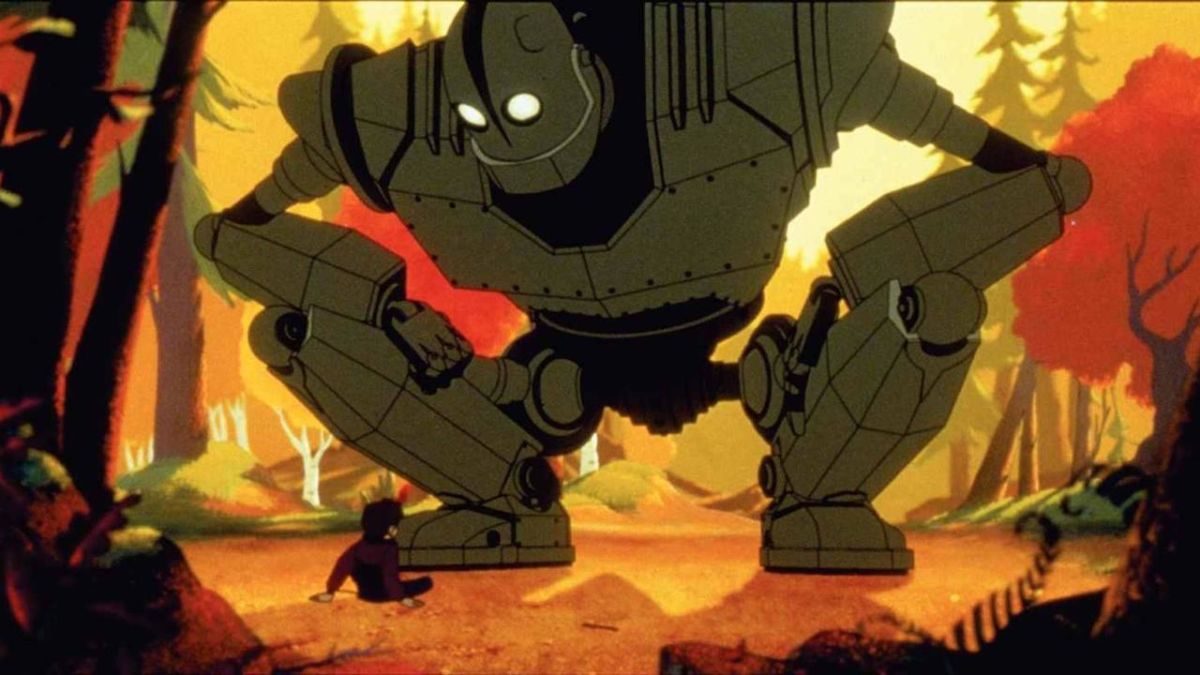 In Brad Bird’s directorial debut, The Iron Giant, an alien robot crash lands on Earth during the 1950s, and is found by a nine-year-old boy named Hogarth. The two soon strike up a friendship, and must ultimately work together to save their town from a nuclear warhead during the tensions of the Cold War.

Portrayed as a predominantly child-like robot seeing Earth through the eyes of an alien entity for the first time, the Iron Giant has a tendency for landing Hogarth in just as much trouble as he does joyous, adventurous escapism.

But being the bestie of a giant, self-healing robot does have its upsides, especially when a city-levelling nuke is heading your way, and he’s your only chance at saving the day.

As a true friend and hero, the Iron Giant is second to none.

Losing a loved one is never easy, but having a healthcare robot built by your late brother to comfort you in your time of need can be a massive help. Just ask Hiro.

After befriending the big inflatable bot, thwarting an evil mastermind’s plan to destroy all reality with a teleportation device, and eventually forming the titular superhero team with the likes of GoGo, Wasabi, Honey Lemon, and Fred, Hiro and Baymax became inseparable.

Kind, funny, and as adorable as a puppy, Baymax was even willing to sacrifice himself to save his human companion. Now, if that’s not a great sidekick, I don’t know what is. 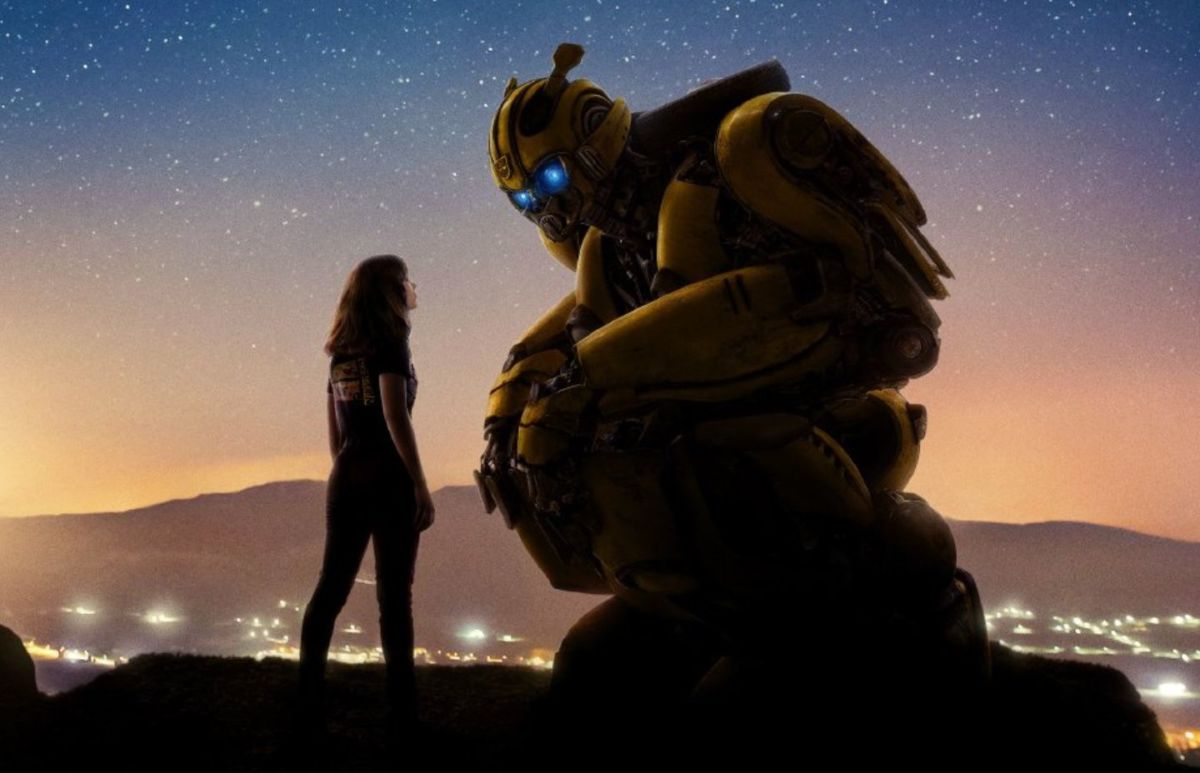 There is a strong bond between a teenager and their first car.

For some, it’s a rite of passage. For others, it’s a ticket to freedom on the road to adulthood. And yes, for many, it’s just another way to pick up girls.
Now, imagine if that car was also a sentient, shape-shifting alien robot from outer space. Pretty neat, right?

As the youngest of all the Autobots, Bumblebee is often portrayed as the naïve, childlike member of the team, tasked with guarding whatever human companion happens to stumble upon his rusty old car form (whether that’s Sam Witwicky or Charlie Watson). However, when the time comes to put the pedal to the metal, Bumblebee is just as an accomplished combatant as any Transformer out there, able to bash the living bejesus out of any Decepticon with the blast of a cannon, or the swing of fist.

Equal parts loyal and dangerous, Bumblebee is definitely a robot you want on your side.

When it comes to overthrowing an evil galactic empire, there are few robots that stand above our dome-chromed, blue and white astromech droid (figuratively speaking, of course).

Always handy in a pinch, and the perfect comrade for those extra-long journeys to the Dagobah system, R2-D2 is as iconic a robot sidekick as they come.

Making his first appearance in Star Wars: A New Hope as a glorified text message for Princess Leia and playing the straight man to C-3PO’s bi-lingual, Protocol droid, R2-D2 went on to become a fan favourite and loyal friend of Luke Skywalker, saving the day on more than one occasion.

It’s no wonder, then, that R2-D2 takes the top spot on our list.