20 Best War Movies Of All Time 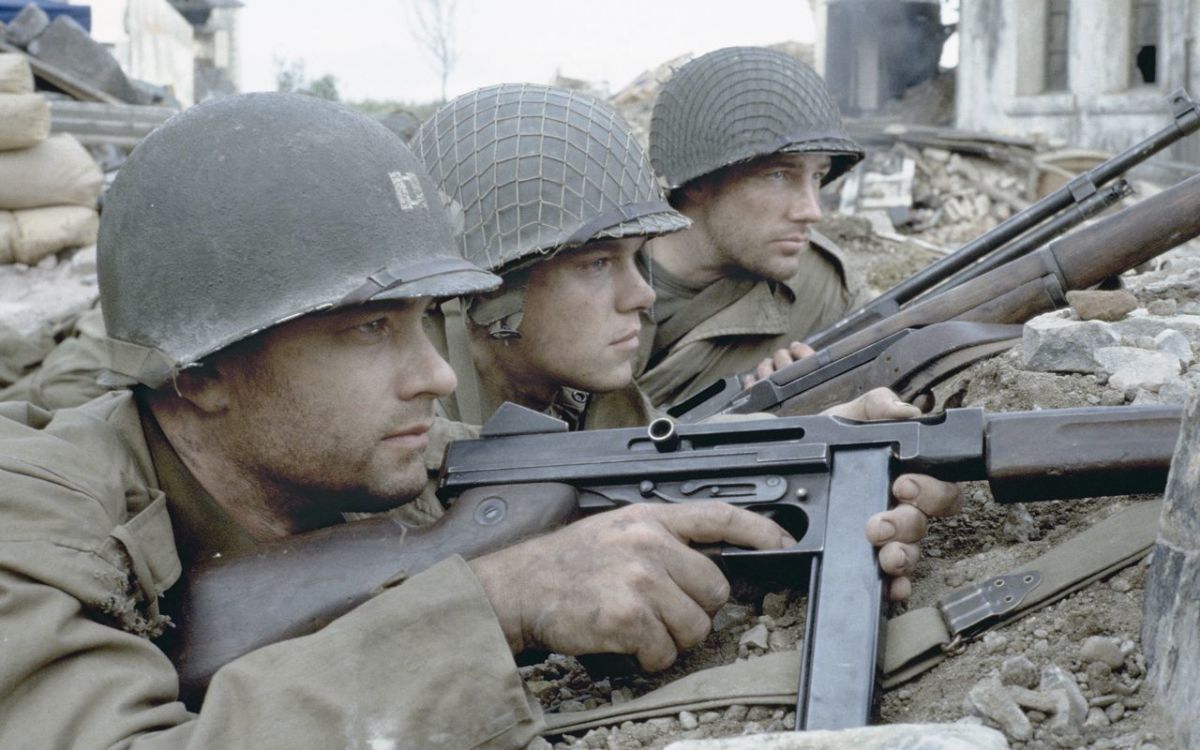 Looking over the best war movies ever made creates a fascinating trajectory of not only war, but of how we discuss such a controversial topic at the time of the film’s release. Platoon absolutely needed to come out in 1986. I’m not sure how well-received it would be today. These days, we’re pretty obsessed with the wars that may or may not happen. That includes the possibility of another Civil War, which makes it difficult for us to think about anything else.

Although it goes without saying that people are probably going to be obsessed with World War II forever. Some people would argue that was the last noble war America fought in. Others believe it was just as cruel and needless as any other conflict. Since Nazis are once again on the rise, there are people who wonder if there was any point to the Second World War at all. America killed Hitler, went shopping, and didn’t really worry about anything else.

Until the next war came along.

And as long as film has existed, we have had war films.

We frankly do not have time to study the relationship between war and war movies. They can be made for a plethora of reasons, from a need to come to grips with something atrocious and pointless, to pure propaganda that favors staggering heroism over grim realities. War lends itself well to film for a number of reasons. Some people just want to see a huge battle brilliantly recreated. You may use this list of the best war movies of all-time to come to a better understanding of this concept.

To be sure, every type of war movie is going to find a place on this chronological best war movies list.

Once more unto the breach, dear friends, once more.

The 15 Best War Movies Of All-Time 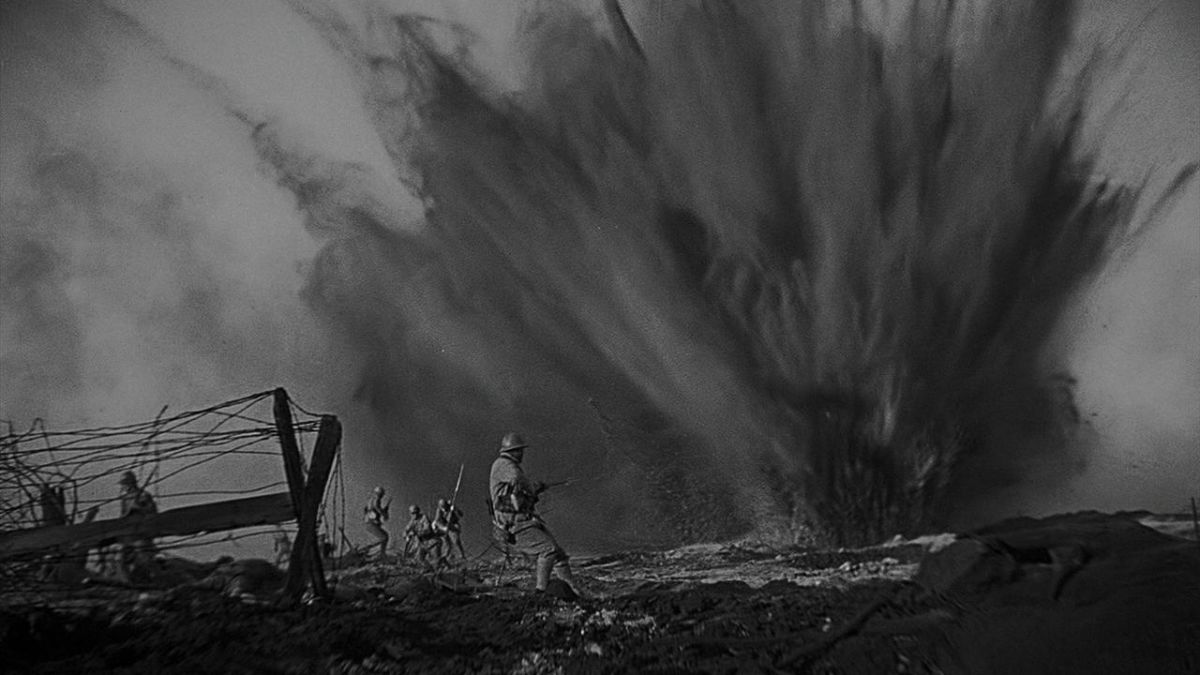 A big winner at the third Academy Awards ceremony, All Quiet on the Western Front can’t help but come across as dated to modern audiences. It is the fate of all movies to one degree or another. This is even true of a film such as this, which was the first war epic. Perhaps, it was also the first war movie to take characterization seriously.

Anyone can blow stuff up. It is much more challenging to create something that is harrowing, and yet somehow entertaining or engaging on grand, complex ideas. All Quiet on the Western Front still shines for its energy, and for humanizing soldiers on a scale that can be appreciated as ambitious. It still retains a good deal of its initial awe.

Watch if: You want to see a compelling piece of film history.
Avoid if: 2 and a half hours is a long time to devote to something like that. 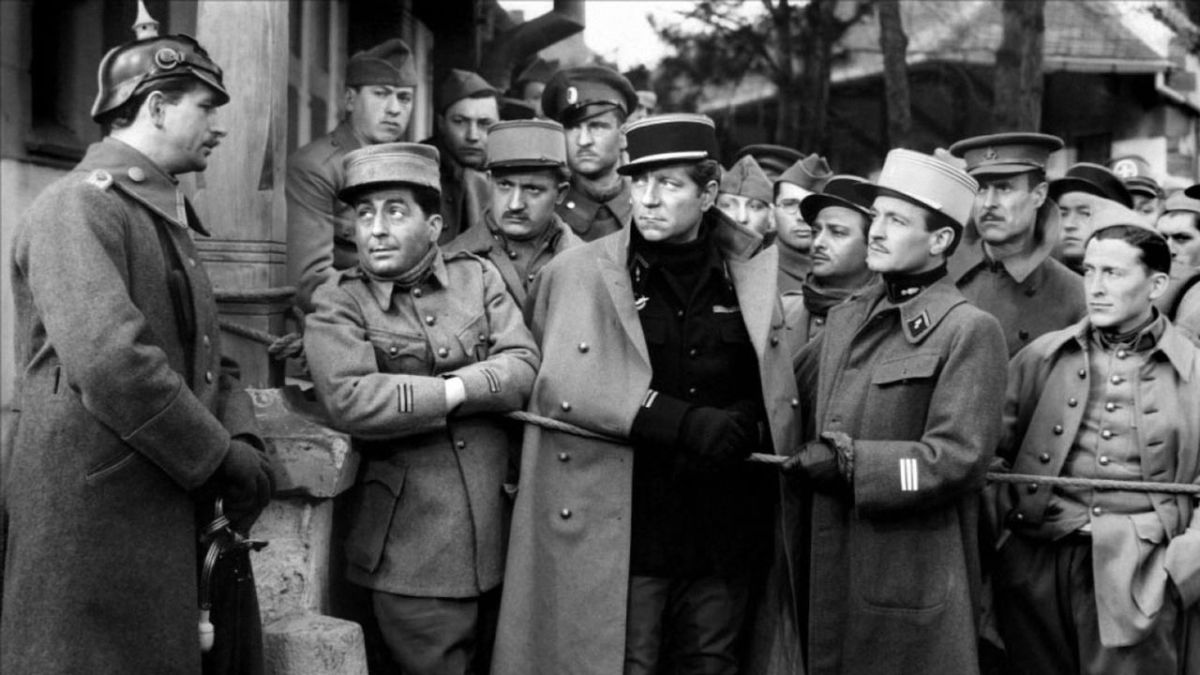 In one of his best films, director Jean Renoir used this sprawling story of soldiers on various sides of the First World War to make sense of the chaos of his time. That would be the rise of fascism in Europe, which soon led to World War II.

The historical backdrop is significant, but The Grand Illusion Is still a humanist drama of the highest order. Effecting performances from cast members like Jean Gabin and Erich Von Stroheim (one of the great directors of the silent era) give The Grand Illusion a dramatic weight that it continues to retain.

Watch if: You want to see one of the best movies ever made about World War I.
Avoid if: You prefer war movies with a hefty slab of actual fighting. 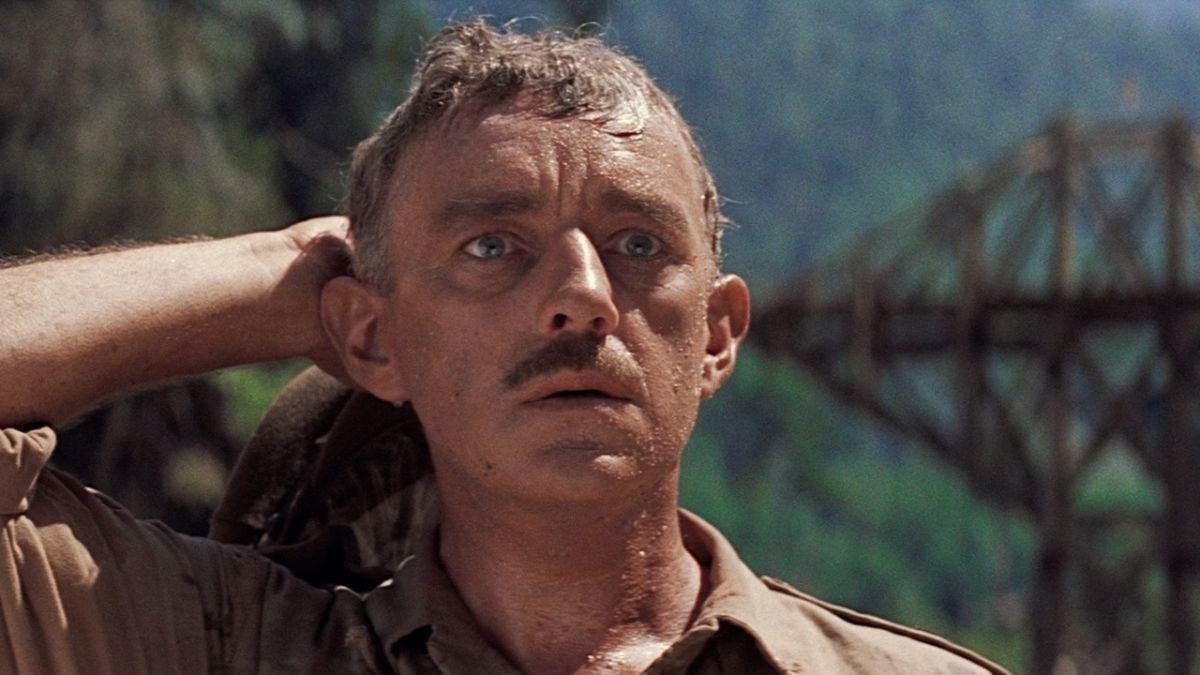 For me personally, many of the best war movies ever made are the ones that carve out character-driven stories from solitary moments in larger histories. The Bridge on the River Kwai remains one of the best examples of that approach to telling stories about world wars and other conflicts. The movie takes a number of liberties with the actual event, in which British POWs were forced by Japanese military to build a bridge during World War II, but that’s okay.

The Bridge on the River Kwai is more about the madness brought about by seemingly endless war and struggle, and the various relationships that are created within such dire circumstances. These messages are expressed in powerful performances by William Holden, Alec Guinness, and Sessue Hayakawa, and in the movie using every second of its lengthy running time to build to its flawless conclusion.

Watch if: You want to see a multifaceted bridge-building tutorial.
Avoid if: The idea of seeing Japanese actors playing wartime villains bores you to tears.

READ NEXT: Best Modern Horror Movies of the 21st Century 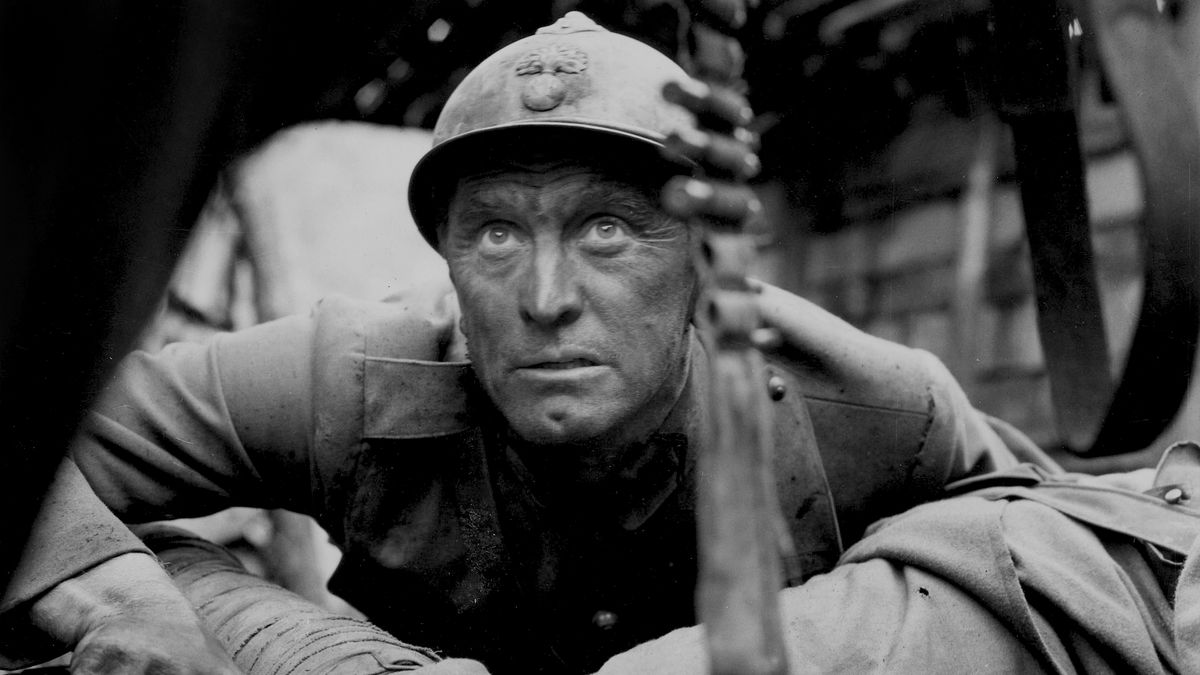 Released on Christmas Day 1957, just 11 days after The Bridge on the River Kwai, Paths of Glory remains one of Stanley Kubrick’s most focused attacks on the absurdities of war. Paths of Glory details three men who are railroaded with bogus charges, as a means of saving face for a higher-ranking officer.

The movie is remembered in the present a magnetic performance by Kirk Douglas. Yet the strongest thread in this decidedly antiwar movie is the idea of accountability. It paints a somber portrait of the depths people sink to when faced with a conflict that swallows their souls from top to bottom.

Watch if: You want to see something as depressing and cold as war itself can be.
Avoid if: You need heroes in your war movies. 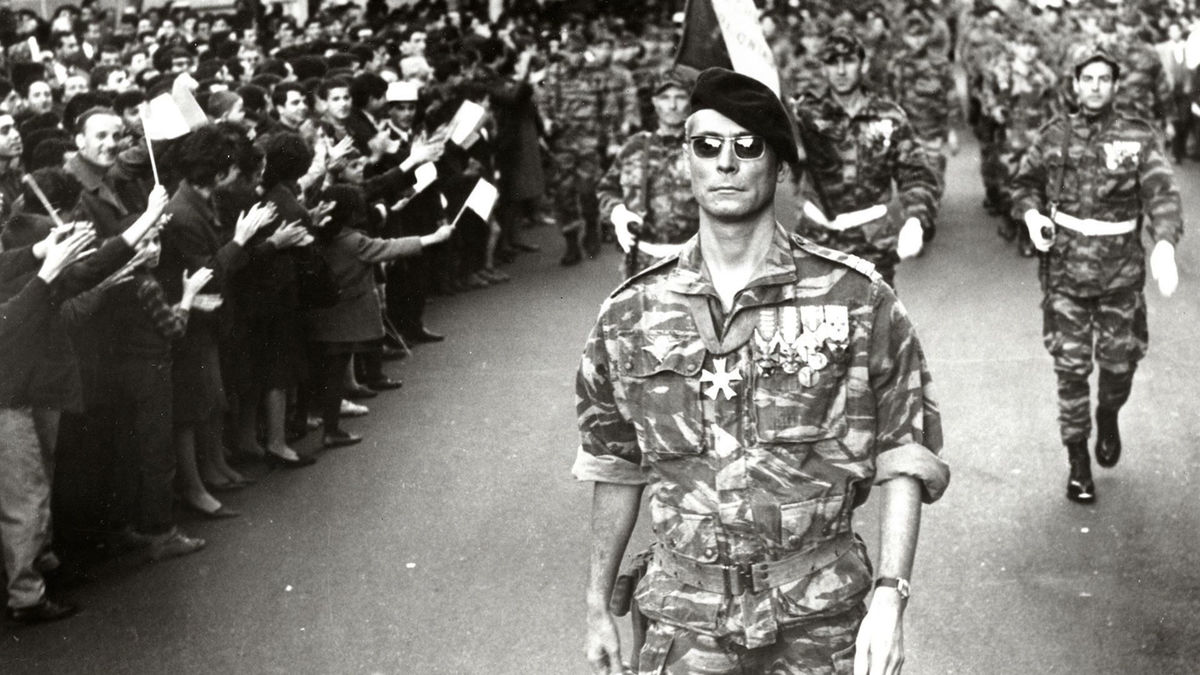 Focusing on rebels in the Algerian War, fighting against the presence of the French government in North Africa, The Battle of Algiers is decidedly bleak.

This is even in the context of the best war movies. At the time of its release, directed by Gillo Pontecorvo, it was to date the most ambitious attempt to recreate the concepts and unique terrors of guerilla warfare. It succeeded in this, while also highlighting moving performances by Jean Martin and Saadi Yacef.

The focus on actual warfare conditions and demands, combined with a cutting score by Pontecorvo and Ennio Morricone, makes The Battle of Algiers essential viewing for those who want war depicted in the least glamorous conditions possible.

Watch if: You want to see a fast-paced, well-acted, and decidedly intense war film.
Avoid if: You prefer war stories with a stronger focus on the human condition in such deplorable situations. 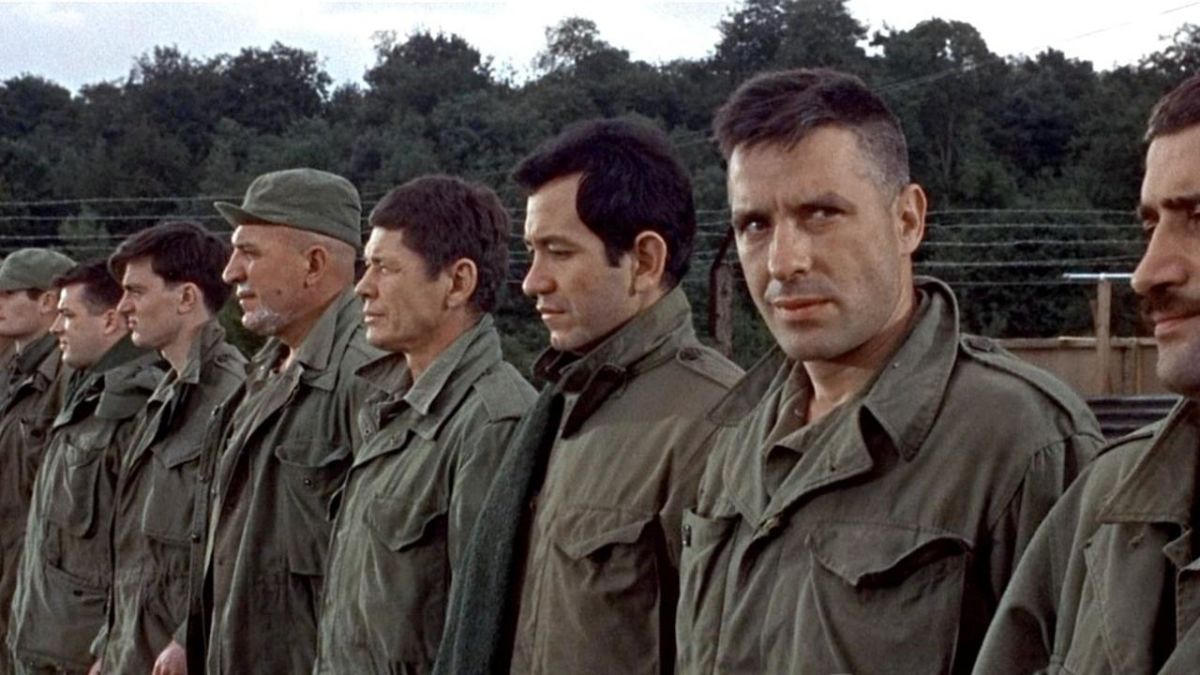 Few entries on this list make war seem like a good time. The Dirty Dozen is so relentlessly, cheerfully chaotic, gathering a large cast of likable actors (Lee Marvin, Jim Brown, Donald Sutherland, John Cassavetes, and others) to kill as many Nazis as humanly possible.

There is a straightforward appeal in that. There are lots and lots (and lots) of movies in the vein of this one, which was directed by the great Robert Aldrich. Few of them have the aplomb and style of The Dirty Dozen.

Watch if: You just want to see a bunch of guys mess up some Nazi scumbags.
Avoid if: You’re beyond such things. 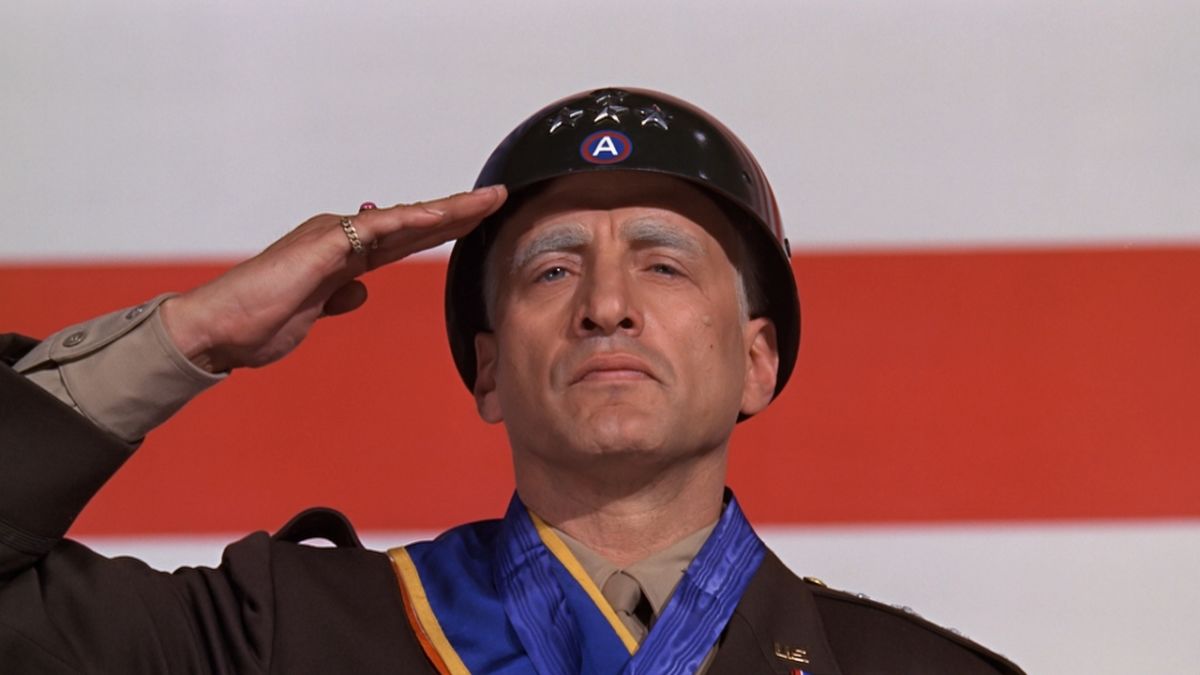 George C. Scott famously turned down the Best Actor Oscar he received for playing controversial World War II general George S. Patton. That gesture alone emphasizes why Scott’s portrayal of Patton remains one of the most celebrated film performances of all time.

The movie mythologizes Patton, perhaps more than some will be able to stand, but it also provides insight into the deeply intimidating prospect of a man with a definitively singular purpose. Patton’s approach to war could be described as thrilling by some. Others would call it sad, or perhaps even terrifying. George C. Scott’s performance suggest all three, creating a vital portrait of one of the most noted figures in American military history.

Watch if: You want to see a fascinating depiction of a fascinating, terribly flawed man.
Avoid if: You don’t like war movies with controversial figures presented in heroic terms. 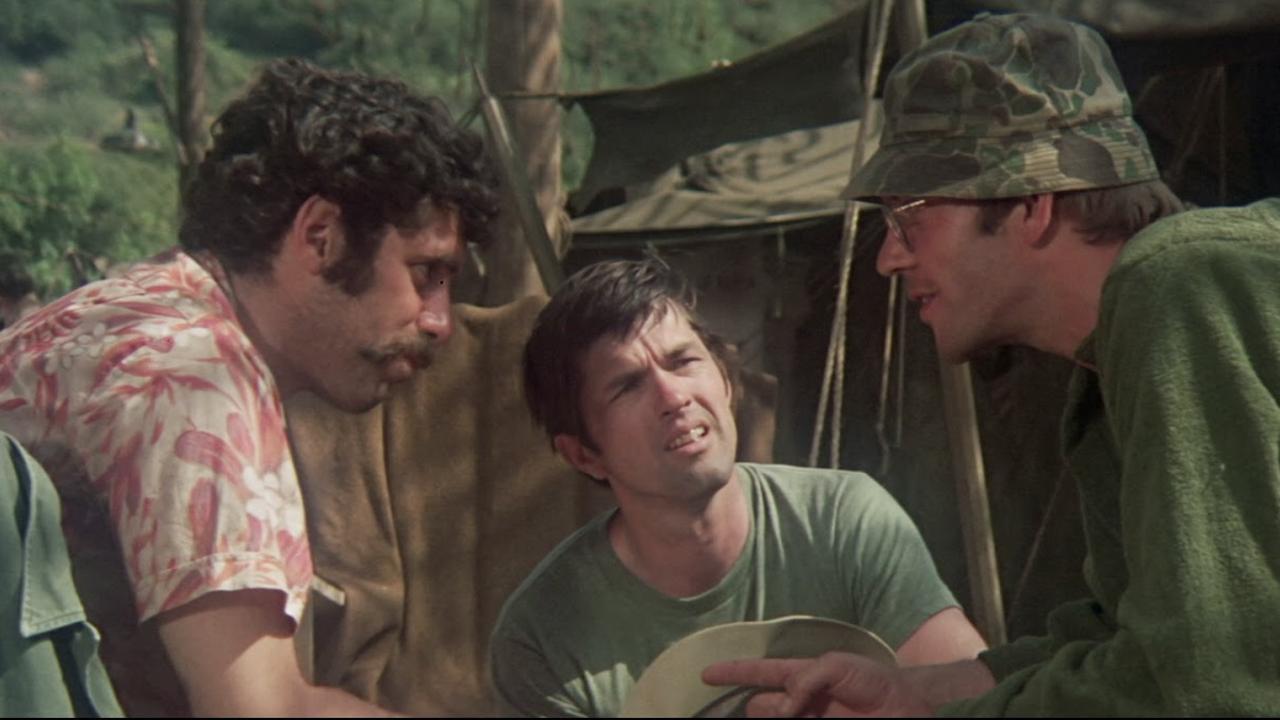 The anti-war ideas often associated with M*A*S*H belong more to the considerably-more-famous TV show that came out of film.

Robert Altman’s 1970 ensemble comedy has a lot to say about the futility of the concept, but the real teeth of the movie are used on the various components of the industrial-military complex. The paperwork attitudes of those who send individuals like Hawkeye, Duke, Trapper John, and Hot Lips into hellish combat zones in the first place.

The movie is so freewheeling in its pace and overall energy, it’s easy to lose track of what it’s all supposed to be about. If M*A*S*H isn’t about anything meaningful, then at least it rests well on deranged men making the most of a bad situation.

Watch if: You like comedies that can be appreciated in a number of different ways.
Avoid if: There’s a Black character named Spearchucker (played by the legendary Fred Williamson). You should probably just decide now if you’re going to be okay with that. 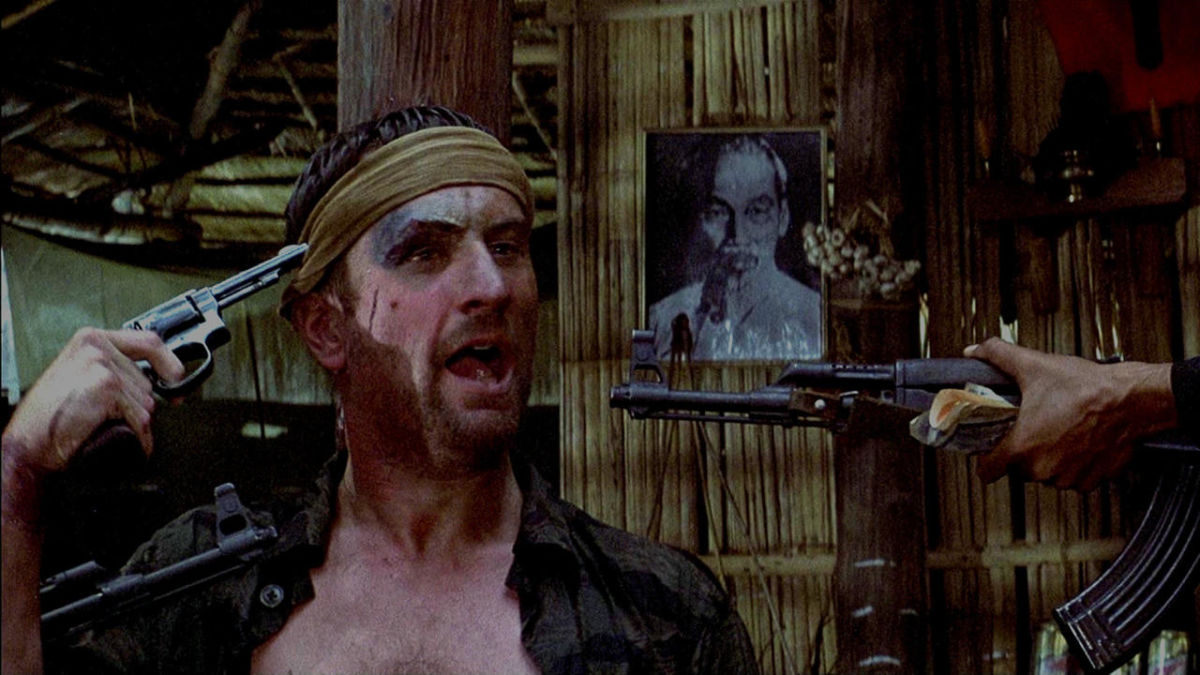 Christopher Walken, who figures prominently in the movie’s most iconic scene, won an Academy Award for his portrayal of a Pennsylvania steel worker who is changed forever by his experiences during the Vietnam War.

The politics of The Deer Hunter, which features amazing performances from Meryl Streep (nominated for her first Oscar, and then we never heard from her again), Robert De Niro, and John Cazale (his final performance), have been heavily debated for years. It doesn’t help the debate that no one can even agree on who wrote what in the film’s massive screenplay.

The Deer Hunter showcases bleak futures under the specter of not only one war or another, but also the rituals of our surroundings.

Watch if: You like movies packed with good performances.
Avoid if: You have a romantic impression of the game Russian Roulette. 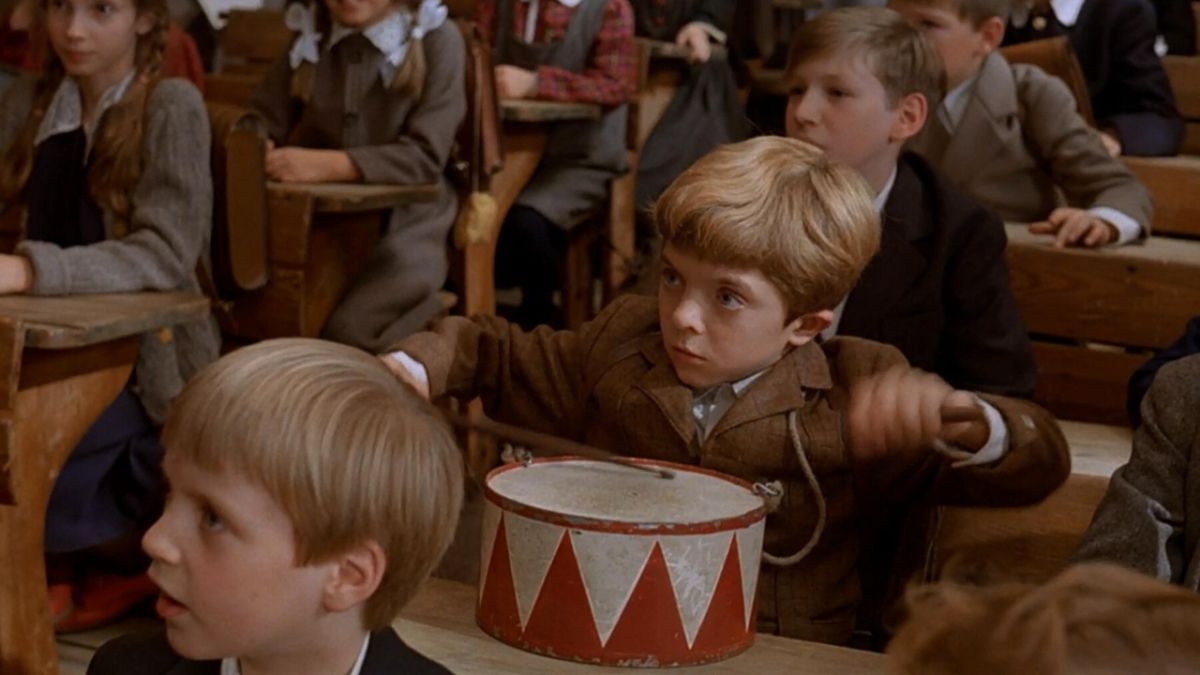 This might be the controversial choice on this list. I’ll argue the merits of this deranged, endlessly fascinating war drama until the end of the time, or the start of World War III.

The Tin Drum is a German film based on a novel by Günter Grass. It was directed and cowritten by Volker Schlöndorff. Although Schlöndorff is still directing good stuff to this day, The Tin Drum is probably his masterpiece. There is something about the tone of this movie, in which a young boy’s obsession with a tin drum carries him through World War II and beyond, in which everything seems to be building to a conclusion that will scorch the earth.

There is something absolutely insane and desperate about this film, which is also one of the weirdest World War II movies ever made.