Have you carved your pumpkins yet? 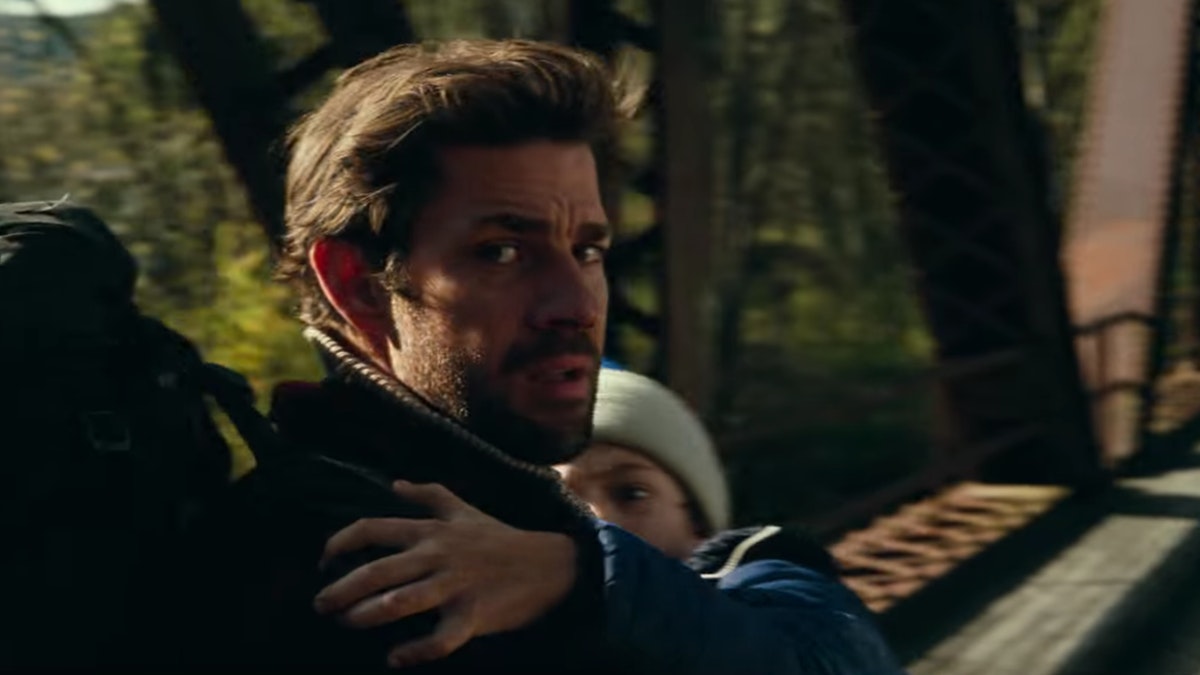 We’ve finally reached October, which means one thing – Halloween is coming up fast. Some people celebrate by going to parties with their fabulous costumes, some have a night on the town enjoying trick or treat, and the rest of us lazy folk simply just stay home to watch a horror movie.

In our efforts to amp up the Halloween spirit, we’re sharing the best horror movies to stream this year. Whether you’re by yourself or with friends, there’s something for everyone to enjoy. Since there are so many streaming services out there, we’re keeping it to the big three: Netflix, Hulu, and Amazon Prime.

American Psycho is a psychological horror film that’s a satire about yuppie culture. The film deals with Patrick Bateman (Christian Bale), a young businessman who’s obsessed with the glamorous lifestyle and hides his secret life as a serial killer. Bale delivers one of his best performances, bringing this manic energy while trying to restrain it at the same time. Even with minor things, like getting obsessed over the font of a business card, Bale has such passion for it.

The film is set in the 80s, and while it does have a fair amount of nostalgia, the references are done well. Bateman repeatedly mentions 80s bands and singers like Huey Lewis and the News, and Phil Collins, but it acts like his killing calling card. It’s funny how wacky it is when Bateman passionately describes how much he loves the singer while prepping his weapon to kill. Then when he kills, it becomes graphic as Bateman’s rage is unleashed.

Available on: Amazon Prime and Netflix

Adapted from the great Stephen King novel, Carrie deals with a sheltered high schooler who’s continuously bullied by her peers and abused by her religious mom. Carrie soon finds out that she has telekinetic powers that not only puts others in danger, but herself as well.

Sissy Spacek, who plays Carrie, does a great job of being innocent and then instantly turning terrifying. It’s Carrie’s eyes when she uses her powers that makes your blood run cold. Yet, you’re siding with her because she’s a nice girl who wants to fit in; you’re also extremely terrified of what she’ll do to you.

While the first Evil Dead is a horror classic, Evil Dead 2 is one of the best horror comedies of all time. It’s such a tonal shift from the first film as that was a straight horror film. Instead, director Sam Raimi uses the same premise of the first movie with an evil force attacking people at a cabin, but adds a lot more comedy to it. The humor is unique because of its usage of splatstick; slapstick but with lots of gore effects.

Of course, you can’t mention any Evil Dead movie without the great, Bruce Campbell as Ash Williams. Half of him is confident while the other half is so pathetic that it’s hilarious. Campbell brings all the charm, one-liners and laughs while being such a badass. So, relax and have a groovy time watching this classic.

Hush centers around Maddie Young (Kate Siegel), a writer who works at her cabin to overcome her writer’s block so that she can publish her second book. Suddenly, a masked killer (John Gallagher Jr) comes to taunt her as he engages in a cat and mouse game. Now, Maddie must fight for her life as she tries to outthink the killer.

What makes Maddie unique is that she’s deaf and mute. While the killer uses that to his advantage, she’s quick to adapt to numerous situations. It’s refreshing to see an actual smart protagonist in a horror film. Every time she comes across an obstacle, it’s fantastic to see her outthink the situation. Hush is a great thriller that will keep you on the edge of your seat until the very end.

Forget Pennywise the Dancing Clown; these are the clowns everyone should be scared of. Or maybe not. Looking back, the film isn’t that scary as the tone is pretty campy. It involves clown aliens from outer space harvesting and killing people with cotton candy rays and popcorn guns.

The scariest thing about this movie is the clowns themselves. Not so much their actions, but their design. It’s like they took your average clowns and put them in front of a fun-house mirror. They have distorted faces and most of the shots involve close-ups of their disgusting faces. Killer Klowns from Outer Space is a fun movie to watch with friends before Halloween.

This movie was a massive game-changer for the horror genre by introducing the modern concept of zombies. Before, zombies were represented by voodoo and dark magic. Thanks to legendary director George A. Romero, we now have the classic zombie archetype of undead corpses that eat the flesh of the living.

Romero wisely uses his small budget to make this realistic as possible. With the film being in black and white, and using guerrilla filmmaking, it feels like you’re in the action. Even if you’re not a fan of zombies, this movie should be seen by all horror movie fans.

The only silent movie on this list, Nosferatu is one of the earliest films about vampires. It is based on Dracula by Bram Stoker, but the name couldn’t be used because the filmmakers didn’t secure the rights to the book. This monster doesn’t contain any charm or powers to seduce – he is just 100 percent animalistic.

The design is so iconic, with Count Orlak looking like a walking corpse – this sickly white body that’s permanently upright and moves like a snake stalking its prey. It works so well with the German expressionist style that is employed, especially with the legendary scene of Orlak walking up to its potential victim with its shadow showing on the wall. Don’t let the fact that this movie came out almost a century ago deter you from not watching this classic masterpiece.

Available on: Amazon Prime and Hulu

A Quiet Place’s main strength is only from one gimmick, but it’s such an effective one. It centers around a family trying to survive in this post-apocalyptic world, from aliens that will hunt you down in an instant.

What makes the aliens so unique is that they hunt based on sound. If you make a sound, even if it’s a whisper, you’re dead. It’s so effective that you don’t want to make any sound yourself. You may be quiet during the movie, but after it’s over, you will be loudly exclaiming the merits of it.

The whole film could just be Lawrence and Gordon trying to figure out what happened to them, and that would be a captivating enough mystery. When we do get a flashback, the main component of the Saw franchise is put on display: the traps. Jigsaw takes people and puts them in life or death traps so they can appreciate the value of their lives. The creativity of these traps, including placing a bear trap on someone’s head, is disturbing but fascinating. Check out this movie to witness what made this franchise special in the first place.

The Witch isn’t your traditional horror movie. There isn’t any jump scares or horrifying things that will pop out every ten minutes. Instead, director Robert Eggers goes for a subdued atmospheric picture that builds up to a climatic finale that’ll leave your heart pounding. The film is set in the 17th century, where a son of a Puritan family suddenly vanishes out of nowhere. They begin accusing each other of witchcraft as more mysterious events threaten the family.

Eggers does a great job of building up tension with the rapid paranoia of something sinister in the air. Then when the third act hits, things heat up and get even crazier. It’s an excellent arthouse horror flick that’ll stick with you long after viewing it.

READ NEXT: 15 Best Christmas Horror Movies You Should Watch