Yesterday: Music Out of Context 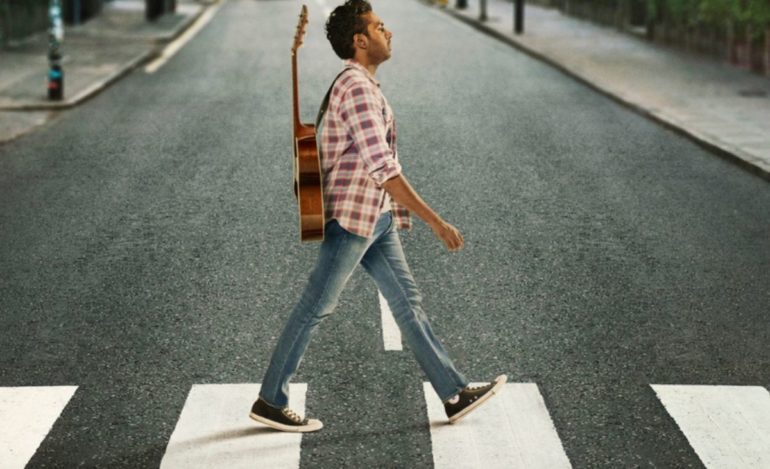 Much like The Beatles, Yesterday is an unequivocally British picture. It makes perfect sense, given that it’s the work of two filmmakers who’ve been plying their trade in British film for over 20 years. While Yesterday certainly isn’t Boyle or Curtis’ strongest work, it bears a genuine and heartfelt message that is applicable to art in any variety, not just the subject matter depicted in this film. True and evocative art is a wonderful thing as it is derived from personal emotions and personal experience. Take that away, and what are you left with?

The Beatles were integral to the integration of pop as a genuine art form. Their broad range of sound and influence embodied the era’s cultural movements and led them to be considered by many as the most influential band of all time.

Really, it’s all about context. The Liverpool born band produced poignant and timeless lyrics, personifying the peace and love movement of the 1960s. Their use of LSD is well documented and contributed greatly to their often experimental sound, as seen in the trippy masterpiece, Yellow Submarine. Their music prospered from a broad range of cultural influences of that time.

Out of time and context, what we are left in the hands of struggling musician Jack Malik (Himesh Patel) is music that holds the rather peculiar ability of sounding both familiar and unfamiliar. In the context of modern pop music, it bears unfortunate similarities to a certain Ed Sheeran (a musician whose talent apparently doesn’t extend to acting).

If we take away the famous Abbey Road studios and the influence of George Martin (the fifth Beatle) and every other major influence in The Beatles’ 10 year career, the trajectory of Jack’s takes a jarringly different course. Under the eye of money hungry agent Debra Hammer (Kate McKinnon), his music is made with the intention of elevating him into a superstar, and earning her a fat paycheque along the way. His almost instant status is recognised by others on numerous occasions, and by screaming and adoring fans, drawing comparisons to one “Beatlemania”. However, it’s not greatness from small beginnings, but rather a fast tracked road to success. It hasn’t taken that journey, it loses the true essence of The Beatles, all the finite details that contributed to their own global success.

The desire of his American producers is to push his talent and identity as a solo star. Jack’s wish to use the iconic album covers of The Beatles is misunderstood to the point of not knowing whether to laugh or cry. The White Album, now seen through a modern perspective, is regarded as too racially sensitive. Sgt. Pepper’s Lonely Hearts Club Band is met with ambivalence and humour because it’s too long and confusing. In the end, it’s all in favour of naming his album simply One Man Only.

Jack struggles with the validity of his success and the morality of his actions because his music is neither heartfelt or personal. His career is a lie. His attempts to gain influence and trigger lyrical memories by visiting famous Beatles landmarks such as Strawberry Field, Penny Lane and the grave of Eleanor Rigby are met with failure because they hold no emotional resonance for him. They are entirely subjective.

Ultimately, all the fame and success and money in the world means very little if you haven’t lived your own words. For Jack, it isn’t until he meets a particularly famous Beatles member that he finally gains a sense of perspective and a true understanding of this. The film’s merging of love and fantasy is classic Curtis, and raises similarities with his previous venture, About Time. Without the love of Ellie (Lily James), Jack’s music lacks the foundations of what made The Beatles who they were. Eventually he realises it’s the world that deserves The Beatles, not just himself.

If there’s an argument to be said for the decline of pop music, The Beatles personified an age where it meant so much more. It was purer, more personal, and born from a desire to make art for others, rather than fortune for yourself. They may have elevated pop music, but what we have today is something unquestionably different. Whereas The Beatles made songs that discussed prevalent themes such as love, peace and unity, today we are forced to endure impersonal and often overtly sexual songs that seemingly prioritise a catchy beat over lyrical prowess.

Yesterday demonstrates the necessity of The Beatles’ music, but also the necessity of those who made it, and where they came from. They defined pop music for that generation, and outside of that, their music takes on a very different form. It becomes lost in a sea of celebrity culture and over-produced records. Without context, it loses the essence of what made it a genuine art form in the first place.