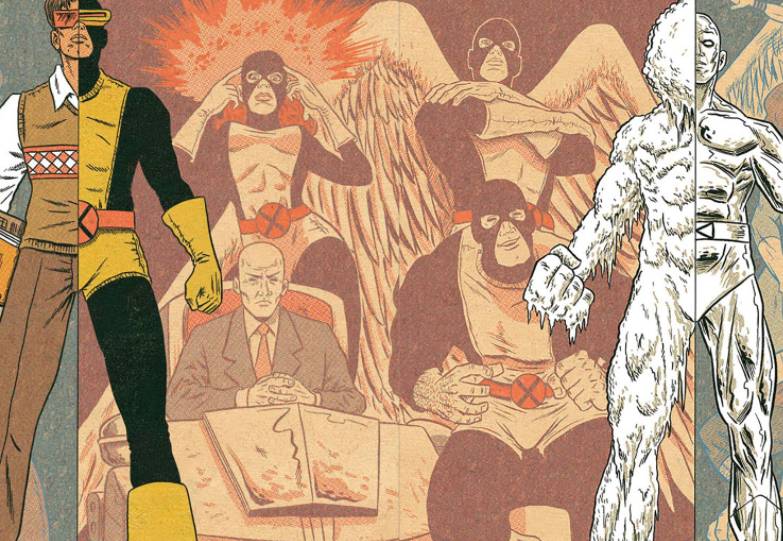 For those pondering whether to pick up a comic book or graphic novel, the sheer volume of content that has amassed for caped crusaders and masked avengers over the years can be a daunting, perhaps off-putting prospect. Take the X-Men for example, with a history dating back more than 50 years, where do you even look to begin? Thankfully, Ed Piskor has offered would-be fans of Marvel’s mutants a manageable starting point in his book, X-Men: Grand Design

In Grand Design, Ed Piskor has trawled through the entire back-catalogue of X-Men, while also drawing upon his encyclopaedic fanboy-knowledge of the mutant team, to take some of the major plot points from throughout their history and reassemble them in a chronological and logistical order. That can’t have been an easy task, especially considering the many contradictions that cropped up during the multiple runs X-Men comics have enjoyed over half a century. What’s more, the book recounts events that only appeared in previous books as anecdotes, after the occurrence.

The attention to detail doesn’t stop with the writing. In addition to penning the narrative and dialogue, Piskor displays his artistic talents as the illustrator and inker, crediting himself as ‘Cartoonist’. The pages of Grand Design have been designed to replicate those of a 1960s X-Men comic book, offering readers a nostalgic feel. The images contained within and sometimes spilling out of the panels adopt the style of Marvel’s golden age, advancing ever so subtly as the book progresses.

Of course, the devil is in the details and Piskor has included many fun nods to the comics of the time period he’s covering. Not only does this include Easter eggs lurking in the background of a scene, but also through devices employed in comics of yesteryear, such box outs that add explanation or context to an asterisk placed inside a speech bubble.

X-Men: Grand Design is comprised of two volumes that are narrated by The Watcher, as he recounts all that he has witnessed in regards to mutant civilisation to his recorder. As a framing device, this works on multiple levels, as The Watcher is an established part of the Marvel Universe, which will appease comic aficionados, while also providing a meta means to gather together such a long tapestry and to condense it down into a single narrative. The obvious danger that Piskor faces with Grand Design is that his yarn must begin somewhere and end at some point. While we never reach the Wolverine era, the promise of Volume 3 (Grand Design – Second Genesis), which we could see this year, will see the saga continue.

During the period covered by the collection of Volumes 1 and 2, some stories are covered in greater detail than others; some are glossed over. While the fact that some mutant history is skimmed over may upset some fans, true believers will read this book for what it is: a love letter to the X-Men, a vast summary painstakingly compiled by a fellow fan.