The Game Gear exclusive X-Men game might titillate collectors, but there's not much else here. 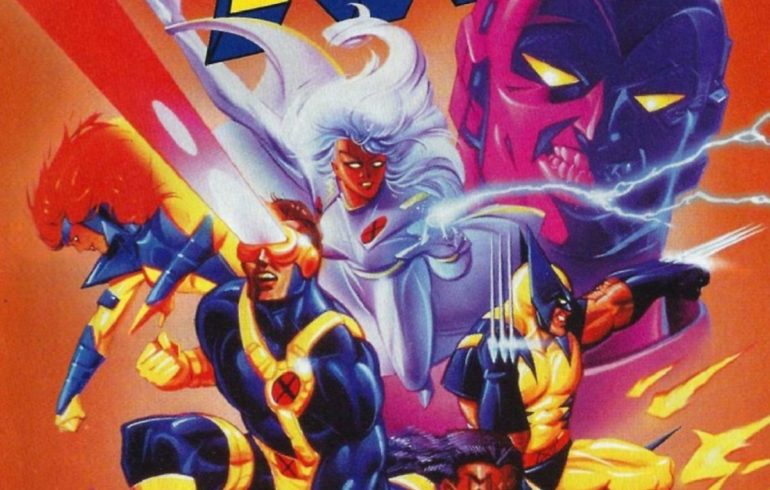 The majority of my experience with Marvel’s main mutants comes from Nintendo consoles. Sega wasn’t left out though, as they got a good helping of the X-Men, even if the quality is debatable. Not long ago, someone suggested I try a few of the handheld titles offered on the Game Gear. Of the four games bearing their name, I have already reviewed one—well, the SNES version of it—and I had almost no prior knowledge of the other three, so I simply selected the one with the best title.

That brings us to 1995’s offering, the second entry in the series, X-Men: GamesMaster’s Legacy (sometimes called X-Men 2 with the same subtitle). Who or what is a GamesMaster, one might ask? I am a longtime reader of the comics and even I might have some trouble explaining this one. He’s an early 90s villain that almost everyone has forgotten and the only important thing to know is that GamesMaster has omnipathy. This means he can read everyone’s mind all at the same time. Sure, that sounds like it should make him a powerful villain that the superheroes would have a ton of trouble with, but mostly he just gets others to do his bidding.

To keep this trend of unknown bosses going, players will also square off against Siena Blaze, Shinobi Shaw, Trevor Fitzroy, Fabian Cortez, and the main baddie, Stryfe. These are all people that only the hardcore comic fans will know. This doesn’t mean we don’t see some of the mainstays like Exodus, Minister Sinister, and Apocalypse, but I’m still amazed at this lineup. Don’t get me wrong though, I love that they changed it up to some new faces to smash, I just think some people will be thoroughly underwhelmed.

This carries over in a smaller way to our heroes as well. The game features X-Men powerhouses and mainstays Cyclops, Storm, Wolverine, and the extremely popular Gambit. We also get a chance to play as Rogue, Bishop, Phoenix, and Cable, who didn’t see quite as much play back in the 8 and 16-bit eras. The variation of the heroes and villains in the game was one of my favorite aspects and certain parts made sense with the comics, like finding Cable hidden in the Egyptian level.

The story for this adventure is loosely based on two storylines in the comics, taking elements from “Upstarts” and the well-known “X-Cutioner’s Song,” which is pretty good as far as source material goes. It is much more condensed of course, but the basic idea is that the Legacy Virus is killing mutants and the GamesMaster offers the protagonists a chance at the cure, while also letting their enemies have a shot at killing them. Seems simple enough and should provide some good action, right?

GamesMaster’s Legacy has two large problems, the first of which is the gameplay. To the surprise of no one who plays a lot of handheld titles the movement is quite clunky and doesn’t respond to quick inputs well. The double jump (or flying depending on the character) is absolutely imperative and is made more difficult to master due to my previous point. Hit detection on enemies and collision for jumping to platforms are the opposite of precise and will frustrate anyone trying to make it far in the levels.

Combat itself feels cramped if the character’s mutant powers aren’t being used (which is limited by a meter) and hand-to-hand action feels weak and punishing. Sometimes the best option is just to crouch and punch to the nether regions, delivering mutant justice.

The boss fights are suitable at first but quickly become stale, especially if their pattern is familiar. Their attacks can be hard to dodge, but with enough collected health and mutant energy, these bosses can be easy to handle. All of the enemies here are quite basic, but beefy and kind of annoying. The best plan is to go in hard and aggressive. Rogue is really strong but Bishop might be the most overpowered character here with his energy absorption, running up to people yelling “Shoot me.”

There is a small issue with the size of the larger sprites on the Game Gear screen as well, as it causes some bad jumps to platforms that are hidden, inflicting more damage. It also doesn’t leave much room to see incoming enemies and projectiles on certain stages, whittling away at the life bar quickly.

Level design is the other sour note here and the thing I probably hate the most. The game is split with the player being able to select the order they would like to tackle the first five stages, but once those are done there are three more end levels. Some areas are sparse with uninteresting backgrounds and little to interact with, while others are cramped between the structure and enemies. Trying to attack someone can lead to accidentally moving up or down on the stage and evading blows can quickly put the player in a worse position.

Worse, many of the levels seem like weird hide and seek mazes with almost no direction. It is easy to get lost and the gameplay encourages exploration to find every power-up (where there are only two types) to stave off death, but this results in a lot of wasted time. Even after beating a certain area and doing it again I was still confused on where to go. Sometimes it is easier just to rely on the characters that can fly to help cut some corners and bypass enemies. The X-Men comics exude mutant powers and action, but the levels and slow combat showcase almost anything else. This is why so many of their games stick closer to the core beat ‘em up formula and are successful.

That isn’t to say GamesMaster’s Legacy doesn’t have some interesting attributes. The presentation isn’t anything remarkable for the most part, but the difficulty selection is a choice between “Way Wicked” and “Mental,” even though the latter doesn’t seem that much harder. There is some nice digitized artwork of the individual X-Men when a level is loaded. I hope everyone likes these art pieces though, because the ending is just that, a single image of most of the heroes together looking bored. The music is okay I suppose, but absolutely nothing memorable here. Nothing at all.

Okay, so maybe there aren’t as many cool things that stood out in the game as I thought, but what honestly surprised me was the manual. For a handheld game this one feels jam-packed, offering up a small synopsis to show what is at stake for the characters, an efficient tutorial, some character moves and tiny bios about the Children of the Atom, but the best part is that advertisement for the FOX X-Men cartoon at the end.

GamesMaster’s Legacy was made in house by Sega and only released for the Game Gear. This means a lot of people, even X-Men fans, probably missed it. That might be okay though, as there are much better games in the franchise out there, even if someone wanted to stick just to the Genesis. It isn’t a horrible handheld title, but there is nothing here that makes it worth seeking out. When I began the review I wondered if I should have gone with the third entry instead, X-Men: Mojo World, but now I’m going to let that one sit for a while.