Backs are about to be lashed. 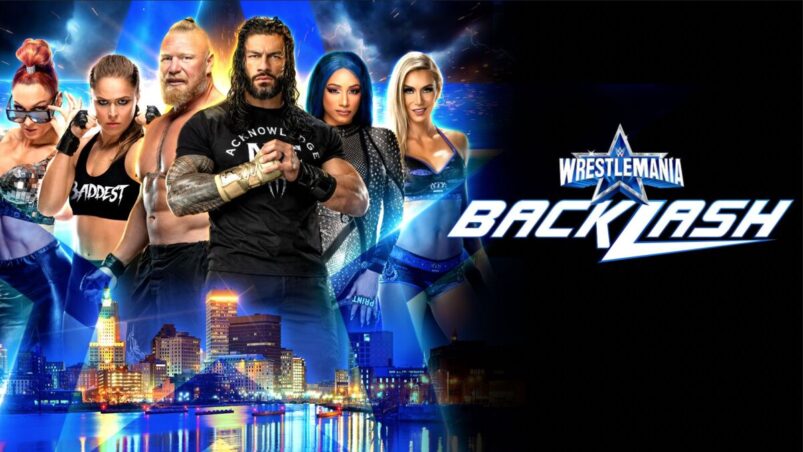 WrestleMania: Backlash, WWE’s first pay-per-view since the 2022 edition of WrestleMania, will be hitting the Network this Sunday night. To follow-up a fairly successful two-night event, WWE have put together a nice range of matches for this year’s Backlash card, including some huge, marquee championship fights and some dream rematches that fans are eager to see.

Headlining the show will likely be the star-studded, six-man clash between The Bloodline, Drew McIntyre & RKBro. Even though the plans for this match to be a massive championship unification have been scrapped, this is still bound to be a crazy main-event featuring some of the biggest stars in wrestling today.

The supporting matches are also living up to that same hype. Check out the full WWE WrestleMania: Backlash 2022 match card below.

WrestleMania: Backlash 2022 airs live on Sunday, May 8th, 2022 on the WWE Network and Peacock.