Have WWE Failed With Matt Riddle? 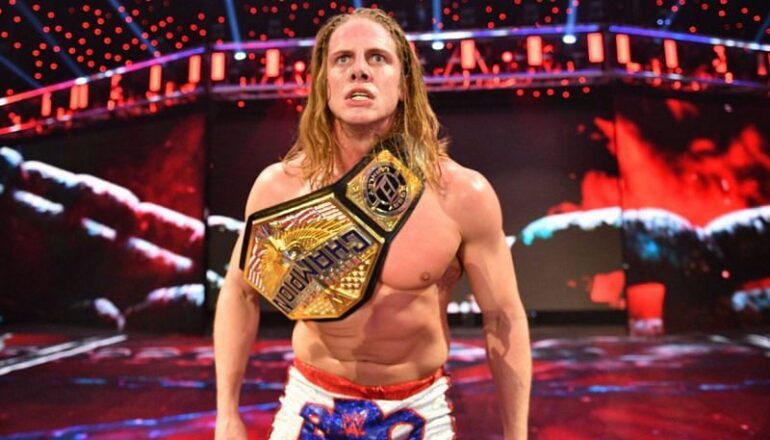 Matt Riddle has been on a downward spiral since capturing the United States Championship at WWE Fastlane, an achievement which many believed was just the start of ‘The Original Bro’s’ success story on the main roster. Somewhere along the way, Riddle has fallen out of favour with Vince McMahon and the backstage staff, now reduced to being a corny version of himself, riding around on a scooter and coming up with ludicrous pitch sales to random superstars in the back.

At WrestleMania, Riddle lost his United States title in a competitive match against Sheamus, something which reports have suggested was a jerk reaction to get the belt off Riddle as soon as possible. Riddle’s losing streak continued on RAW, where he was convincingly defeated by WWE Champion, Bobby Lashley. It seems that Riddle’s stock has fallen to the point of no return, and we’ll soon be looking at Riddle as one of the many failed NXT call-ups from recent history.

It’s fair to say that Riddle was dealt a tough hand upon his main roster debut, having to try and build momentum during the pandemic era without a live audience to bounce off of. Riddle’s popularity may have been somewhat misjudged, considering his reception at WrestleMania was lukewarm at best, despite his legions of loyal fans hoping for big things during his ‘Mania debut.

It’s a shame to see Riddle fall at the first hurdle, especially considering the high opinion that Vince and co once had of him when he first emerged on the main roster. It seems that the efforts once going into Riddle’s character are now being set aside for a returning Keith Lee, who was originally supposed to win the US title at Fastlane before being temporarily written off TV.

Riddle has the potential to become one of the most popular stars on the roster, if WWE actually let him perform to the potential he displayed in NXT and on the indies. This is just another case of the main roster neutering their talent, restricting them with awful gimmicks and eventually leaving them behind in the dust of what was once a promising career.

Much like Ricochet, Andrade, and Shayna Baszler, Riddle will become yet another former champion squandered by inconsistent booking and a sudden change in attitude from backstage writers. I personally expect to see ‘The Original Bro’ headlining episodes of Main Event within the next month or so.

So what exactly can Riddle do to overcome this career setback? The obvious choice would be for him to assess the likelihood of him reaching his full potential in WWE and whether or not moving to another promotion, such as AEW or maybe even a return to NXT, might be the better option.

Riddle didn’t exactly achieve everything that he could have done during his debut run on the black and gold brand. Granted, ‘The Original Bro’ did capture the NXT Tag titles and challenged Adam Cole for the main championship on a couple occasions, but it almost seemed like Riddle deserved more and could have easily headlined a TakeOver as their champion.

Alternatively, AEW’s roster is becoming stronger and stronger by the minute, so adding Matt Riddle to their ranks would only strengthen their chances of becoming the most watched wrestling show on the planet. Riddle fit in perfectly with the PWG roster way back when, so he’d feel right at home among the likes of former indie stars Kenny Omega, The Young Bucks and Cody Rhodes. It seems like the right place for scorned WWE alumni to go, as they’d finally get a chance to show off what they can really do, without the needs to live up to some horrendous gimmick with cheesy one liners.

Either way, Riddle seriously needs to do something drastic to ensure his stock doesn’t fall too far. Chances are he’ll have one final shot at Sheamus’ United States Championship, perhaps at Backlash, and unless he reclaims his title, then I see a long fall from grace for ‘The Brofessional’. Will jumping ship solve the problem? Or was he doomed from the start? Let us know your thoughts in the comments below.

READ NEXT: 5 Best IWGP Intercontinental Championship Matches Of All Time