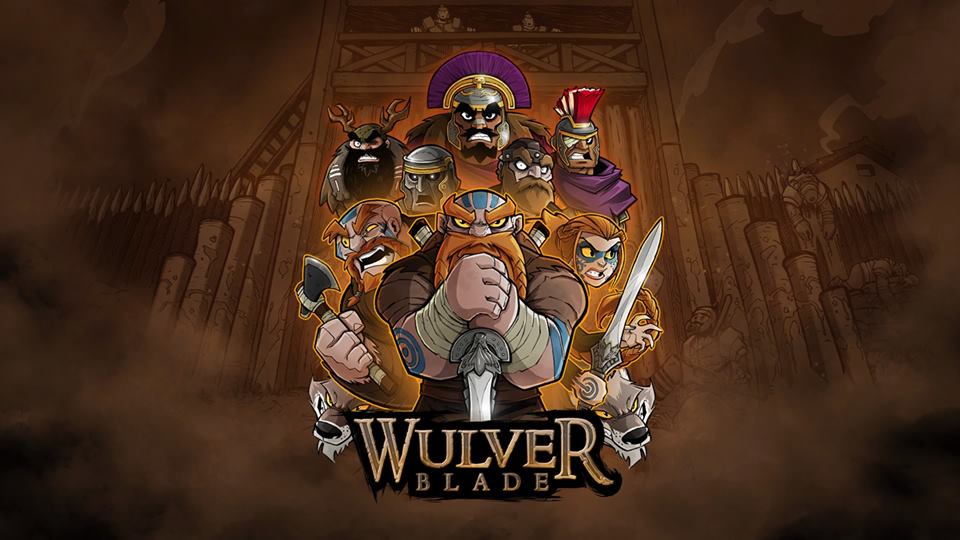 There’s something undeniably therapeutic about taking the mantle of 2D characters with bad attitudes and mashing buttons until everything on-screen is dead. Classics like Streets of Rage and Golden Axe offered some of the more iconic examples of this, but the subgenre has been making a subtle comeback of late with Mother Russia Bleeds providing a nostalgic hit straight to the veins of many. Wulverblade, with its gorgeous hand-drawn illustrations and lore-driven world, attempts to have the same success, but just about falls short.

Taking place during the Roman times and the empire’s arduous conquest of Britain, you play as one of three Scottish warriors seeking to protect their home from the oncoming legions. It plays a little fast and loose with reality at points, but seeing as how history can become mangled and re-interpreted into fables over time and that this is essentially a fantastical tale, there’s no need to get Terry Deary involved.

Of the three warriors, they’re the archetypes you would come to expect from side-scrolling brawlers. You have the all-rounder, the big man mountain of meat with slow speed, and the nimble character who isn’t all that durable. I mainly played as Caradoc, the all-rounder and guardian of the northern tribes with a penchant for cutting off Roman appendages and cackling about it. If Horrible Histories had an extreme version, it might just be Wulverblade – limbs can be cut off and heads will fly, which you can then use to throw at your enemies. It’s metal as fuck.

It’s a shame, then, that combat doesn’t always feel as empowering as it should. While it’s true that you can swat away swathes of foes, Wulverblade is often too finicky for its own good.

Combat is relatively straightforward, though the control configuration could have done with some more forward thinking. Basic attacks are square, but that’s also used for picking up items, which rather irritatingly turns you into Darryl Hannah in Kill Bill Vol. 2, blindly rummaging around. When you’re desperate to attack someone but find yourself picking up random bits of throwable debris off the floor instead, it’s truly maddening.

Outside of the standard slashing, there are secondary, temporary weapons that can be used with triangle, allowing you to build up handsome hit-streaks. With two weapons in tow, Wulverblade really comes alive and a satisfying rhythm sets in, making you feel like a celtic hero of lore laying waste to invaders. It’s disappointing that these moments are fleeting, but it’s understandable – you become a force of nature with two weapons in your hands, so it makes sense to balance out their almost overpowered nature so that the threat of the Romans remains just that.

Special moves spice things up, allowing Caradoc to call upon wolves to chow down on foes and to also go a bit mental, which basically entails him becoming invincible and speedier at attacking. The implementation of these extra abilities brings a tactical element to the game as the wolves can only be used once per stage and the invincibility can only be utilised once a meter has filled up. Do you use both when the going gets tough against a brigade of bad dudes, or do you save them for the horrifically hard bosses? 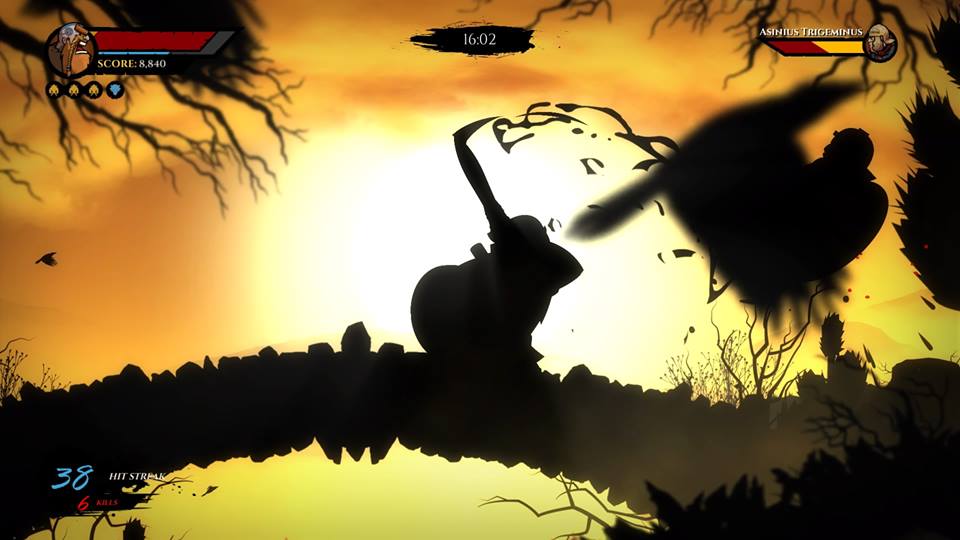 Across its eight levels, Wulverblade tows the most desirable of lines: balancing difficulty and enjoyment. I never once felt like I was coasting along as with a momentary slip I could find myself getting ripped to shreds by the many varied enemies the game was throwing at me. When I did die, which was quite often, I more often than not jumped right back in to try a different tack or to not make silly mistakes. Despite the constant brick walls I was stumbling into, I never felt like any of them were insurmountable. There were times, though, when I felt like throwing in the towel purely through some misguided design.

Moving around on a 2D plane never feels completely polished in Wulverblade and will likely wreak havoc with your spatial awareness: if you think an enemy is two inches to the right of you, they’re actually slightly further down the level and three inches away instead. Typically, this would be excusable, but Wulverlade is guilty of some sloppy input delay, meaning that movement –particularly in the midst of combat– is way less smooth than is required for a game of its ilk. Blocking attacks from behind is like pulling teeth, your character not registering that they need to turn around before they have a dagger in the earhole.

Elsewhere, the game’s checkpointing really could have done with some checking prior to release. There are long stretches of combat across different “screens” without any save states, so, owing to the game’s tricky nature and how quickly your lives can evaporate, you’re likely to be repeating the same areas often. That isn’t ne Perhaps these two flaws are by choice to really ramp up the challenge, but it’s fostering a false sense of difficulty through poor design choices if so, which may just turn players to frustration rather than a deeper resolve to overcome it.

That being said, grit your teeth and do it for Britain and you will find some small glories in Wulverblade. It’s aesthetically breathtaking thanks to the painstakingly illustrated animations; they’re missing a few cells, but that takes nothing away from the overall picture. The audio is likewise impressive, its soundtrack belonging to a Ridley Scott historical epic and “organic” sounds of bloody warfare thrusting you right into the action.

Above all else, however, what’s most endearing about Wulverblade is that it’s a clear labour of love. It’s hard to ignore just how much the developers have poured into the game thanks to the notes that detail which locations they visited to capture the essence of the times and the research that went into trying to make everything cohesive and believable. It isn’t a rare thing for developers to go the extra mile, but for them to also lay it all out on the table and make the player join them on a history lesson that they’ll actually enjoy is something else.

Praise also has be given for the surprisingly deep well of content Wulverblade has to offer. Outside of the campaign, there’s an arcade mode that has all of the trimmings of the main attraction without the safety nets. Like brawlers of yore, lives and continues are finite, so it’s lucky that Wulverblade allows you to pair up with a friend on your couch. Elsewhere, arena mode chucks waves upon waves of enemies at you if you just want to chop off some traitors’ heads and chuck them at their mates. If you’re a history buff, there’s also a lot of detailed and actually fascinating info to delve into alongside some delicious concept art.

While it may be a fair bit of refinement away from being an essential purchase, Wulverblade’s charm is hard to deny. It may annoy you and make you want to howl at the moon in derision, but there’s more than enough here to entertain you if you can overcome its sloppiness.

Verdict
A side-scrolling brawler that's a winner purely for allowing you to throw severed heads at your foes, Wulverblade's sometimes poor design holds it back from further heights. Microtransactions: none
7