5 Wrestlers Who Could Break Through AEW Dynamite’s Forbidden Door 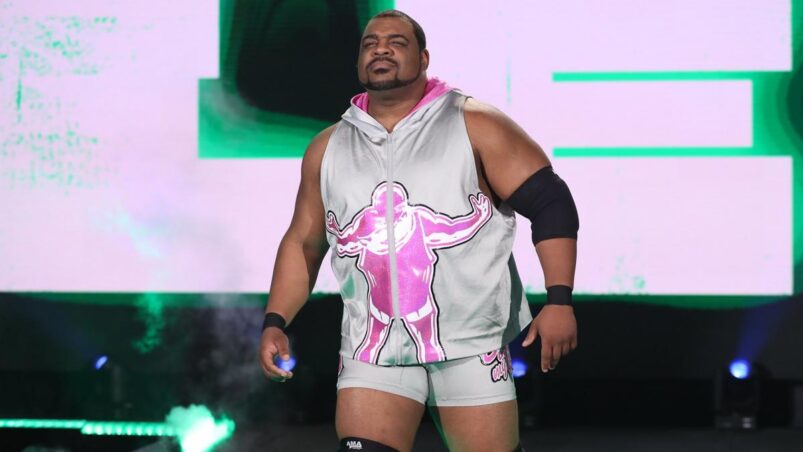 Tony Khan hasn’t been shy about teasing surprise appearances from wrestlers outside of AEW and his most recent social media posts promises a newbie to come crashing through the Forbidden Door on this week’s episode of Dynamite. With the Face of the Revolution Ladder match looming, this is the perfect opportunity for a future headlining star to be thrusted into the spotlight, whether they be a former WWE star or even a bright prospect from the independent circuit.

With so many former contracted wrestlers now free to compete wherever they please, there’s a lot of room for speculation as to who exactly Khan could be referring to. Here are five wrestlers that could come through the Forbidden Door this week on AEW Dynamite and why they might succeed as part of the AEW roster.

One of the most requested and anticipated signings for the AEW roster is none other than the former NXT and North American Champion, Keith Lee.

After a stop-start run on WWE’s main roster, Lee was released in November of 2021, a shocking turn of events considering how high WWE management were on Lee prior to injuries and his untimely exit. Lee promised that he’d return in a big way, trademarking his ‘Limitless’ moniker in time for the end of his no-compete clause.

Lee has already made some rather prophetic posts on his Instagram, suggesting that he’s been in touch with some heavy hitters in the wider world of pro wrestling and could be making an on-screen return sooner than we think. AEW would naturally be a great place for Keith Lee to flourish as a big-time star, facing off against old friends and former foes in an environment that would allow his indie-style of wrestling to take precedence.

Lee might not be the first guy you’d imagine to compete in a Ladder match, but what a way to get him off to a good start in All Elite Wrestling by pitching him as a future contender to the World Championship. Keith Lee is undoubtedly going to send shockwaves through the industry, wherever and whenever he chooses to re-emerge, but keep your eyes on Dynamite next week as there may be some glory to bask in.

Another former NXT Champion that was destined for a big future on the main roster, Karrion (now Killer) Kross was one of the many that found himself let go by the company late last year. Kross has since taken on new opportunities in film and TV, but wrestling seems to still be a big part of his future, taking on bookings in various promotions across the United States.

Killer Kross could be a huge get for All Elite Wrestling, along with his partner Scarlett Boudreaux, who is also making her return in due course. Kross has a lot of untapped potential underneath his rough exterior and could easily fit in with the likes of Malakai Black, Brody King and PAC as one of the more sinister and imposing presences on the AEW roster.

By putting him into the Revolution spotlight, it would instantly reel back any lost fans from his stint in WWE. Pitching him as a championship contender could finally put him back on the path to becoming a household name.

The former Buddy Murphy has been stealing shows and taking names on the indie scene since being released from WWE. The now Buddy Matthews started turning heads with his prison-themed vignettes on social media, eerily similar to that of Malakai Black’s before his AEW debut. Matthews has managed to find himself booked in NJPW, competing against ‘Rainmaker’ Kazuchika Okada in a match that was given much praise from wrestling critics.

Matthews has since been reminding everyone why he was considered one of WWE’s most under-utilised talents, bringing back the ‘Best Kept Secret’ nickname and putting on stellar performances as part of the BOLA 2022. Matthews could be a great addition to the AEW roster, especially as part of the Face of the Revolution Ladder match.

There was a time not too long ago where fans were expecting to see Buddy Matthews show up as part of the Casino Battle Royale at All Out, so this prediction is certainly within the realms of possibility. Could this be his big breakthrough into the main event picture? Who knows, but I’d certainly be looking forward to seeing the body of work put together by Buddy Matthews when the lights are on bright.

Remember the shock we all felt when Hit Row were released from WWE back in November? It’s mostly because of the sheer talent oozed from ‘Swerve’ Scott, the former Lucha Underground star. Swerve is now redefining himself and returning to the indie scene with a renewed passion for the flippy-shit style, setting up potential feuds with the likes of Johnathan Gresham, Will Ospreay and other up-and-comers.

But with a following such as his and a style that fans can’t help but fall in love with, Swerve is a ready-made star for All Elite Wrestling and should definitely be on their radar. Plus, with an opportunity to compete in a Ladder match with a style that beckons the highlight reel, Swerve should be one of the first names on everyone’s lips to appear on Dynamite.

Whether Swerve manages to bring in the budding Hit Row faction or if it’s just him on his lonesome, fans across the globe will be buzzing to see his charm and unique style return to the mainstream scene.

Out of all the New Japan Pro Wrestling stars, ‘The Dragon’ has become one of the most talked about names in the last couple of years. Shingo Takagi is undoubtedly one of the best wrestlers in the world today and is still under-appreciated by large portions of the wrestling fanbase. His work against the likes of Will Ospreay and Kazuchika Okada has been second to none, and now that Takagi has exited the IWGP title scene, it could be the perfect chance for him to expand his namesake and dive into the world of AEW.

Shingo would be a welcome surprise on Wednesday night, bringing with him the hard-hitting NJPW style that Western fans eat up. Giving Takagi some mainstream exposure in the US would be huge for his stock overseas, allowing him some time to evolve his wrestling style, tick off a few dream matches and then return to Japan with a renewed vigour to take it to the IWGP World Champion, whoever that may be at the time.

Shingo has been successful in US tournaments in the past, so giving him the chance to potentially meet with the AEW Champion as part of the Face of the Revolution Ladder match could be a great start to his AEW career.