Formula (to become number) One. 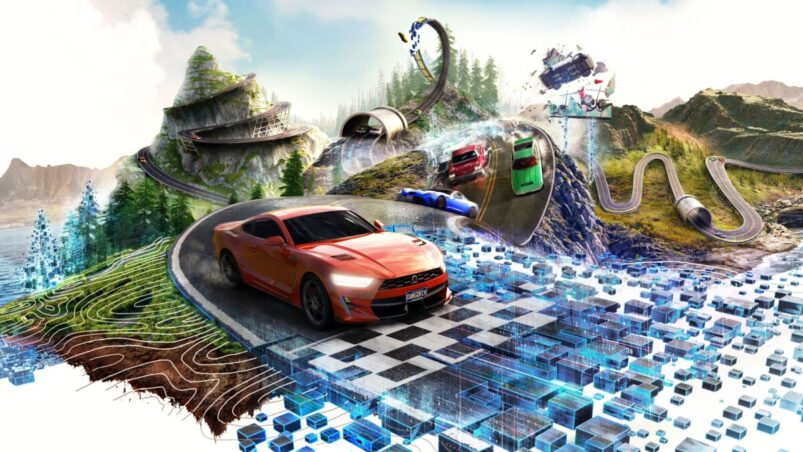 It’s no secret that we’re big fans of the Burnout series here at Cultured Vultures, but apparently EA and Criterion are about as allergic to making a new one as Valve are to making a new Portal game. Whenever a new racing game comes along that has even the slightest whiff of that classic series, we’re all over it, so Three Fields Entertainment’s Dangerous Driving should have been a slam dunk.

Unfortunately, the game didn’t feel like it lived up to its potential, largely due to budget constraints more than anything else. The core engine was rock solid, but everything else around it, like the weak UI, lack of licensed soundtrack and bland track design, dragged the core experience down. Thankfully, Three Fields Entertainment are back to try again with Wreckreation, and the idea alone makes it sound like an automatic winner.

At a base level, Wreckreation aims to be similar to Burnout Paradise and more modern Need For Speed games, which makes sense given Three Fields Entertainment’s experience with both of those franchises. Players will be able to explore a massive open world, competing in events and causing high speed carnage as you ram your rivals off the road. However, Wreckreation doesn’t get its name just because it’s a pun on “recreation”. It’s because creation is such a key part of the game’s formula.

The sandbox is being referred to as MixWorld, and allows players to drop track pieces, stunt ramps and other pieces of geometry to create their own events, tracks and fun. Think Trackmania and you’re along the right lines. Being able to explore an open world in a racing game, and then mess with it by adding objects and pieces, is practically unheard of on this scale. Sure, GTA Online allows players to create massive stunt race tracks, but that’s just for one specific mode.

More recently, Forza Horizon 4 and 5 have been playing around with creation content in their open world racing games, but what gives Wreckreation the edge on other racing games is the approach to online play. Instead of creating and uploading tracks offline and then uploading them for all to see, you can actually make tracks and place objects alongside your friends, while they’re still racing.

It’s this element that makes Wreckreation such an incredibly exciting prospect, especially for players who love the creative aspect of racing games. Being able to place race tracks in the open world while your friends are racing means you’ll be able to obtain instant feedback when it comes to testing how the track works. If Wreckreation lives up to its potential, it could be the most collaborative building experience outside of Minecraft.

Currently, there’s no release date yet for Wreckreation. It’s also only listed for PC, though the brief gameplay we were shown included Xbox controller info so it wouldn’t be surprising if the game made its way to PlayStation and Xbox too. With two already established formulas blended together in the form of Burnout and Trackmania, Wreckreation could be the next great racing game to watch.