Woman Is the Future of Man, Tale of Cinema: Two Films by Hong Sang-soo (BLU-RAY REVIEW) 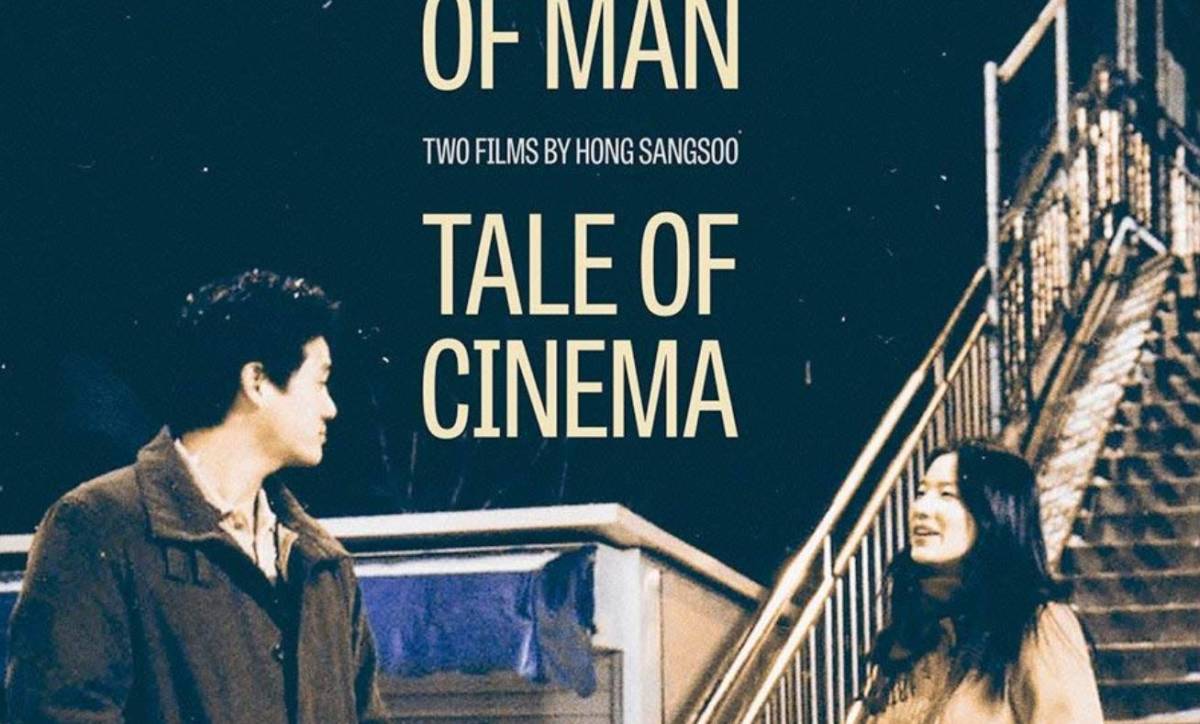 For a number of years, South Korean filmmaker Hong Sang-soo has found a lot of material to mine from the absurdity of human existence. Since 1996’s The Day a Pig Fell into the Well, he has directed a little more than two dozen shorts and features. Many of those films’ screenplays were written by him, as well. While he has become one of the most fascinating South Korean filmmakers in recent memory, his work remains somewhat unknown to western audiences. Hopefully, this marvellous collection from Arrow Academy will go a long way towards changing that. As far as an introduction to Hong Sang-soo is concerned, you really couldn’t ask for two more compelling films than 2004’s Woman is the Future of Man and 2005’s Tale of Cinema.

On their own terms, each of those two films has much to offer audiences. They are unique stories told with equally-interesting characters, and a tone that is aware of the silliness behind what motivates us to do the things that we do in our lives. At the same time, that silliness is often tempered with a quiet, sobering sadness over the fact that we continue to screw things up. These aren’t films that focus on despair, but they do force you to remember that we are forever ridiculous, no matter how hard we try.

Taken as a double-feature (which is a fine way to enjoy this latest Arrow Video Blu-ray), these films can give you a formidable understanding of one of South Korea’s most inventive writers and directors. Arrow Academy has also nicely supported these films with a pleasing array of extras. The interviews and introductions for these films go a long towards helping you understand their appeal. If you’re into that kind of thing, you will probably want to check out the introduction to Woman is the Future of Man by Martin Scorsese. There aren’t any audio commentaries to indulge, but that’s ultimately fine. If you’re going with this as a blind buy, you will have absolutely everything needed to enjoy the film as its own entertainment, while understanding the various themes that run through Sang-soo’s work.

One theme Sang-soo seems particularly fond of involves generally good-hearted dupes making the same relationship mistakes over and over again. This theme is prevalent in both Woman is the Future of Man and Tale of Cinema. The theme is most humorously expressed with Woman. The story has two old friends (Kim Tae-woo and Yu Ji-tae) looking up a woman (Sung Hyun-ah) they had each dated at different points in their past. A simple enough story, but Sang-soo makes it unique by putting the two men through some pretty interesting spiritual wringers. These guys aren’t particularly likable, but you probably won’t despise them either.

The film also utilizes flashbacks with such reckless glee, it can be genuinely difficult to understand exactly what’s going on, at least in terms of where we are on the timeline of this story. This may not be an ideal film for anyone who prefers their movies to remain as linear and straightforward as possible. If you don’t mind the occasionally-jarring transitions between past and present, you have one a truly captivating, often dry and hilarious character study.

To be sure, Tale of Cinema shares a few qualities with Woman is the Future of Man. However, if anything, Tale of Cinema is even crazier in how it relates a story of a man and woman (Lee Ki-woo and Uhm Ji-won) who seemingly bump into each other, after years of not seeing one another. Once again, the dry humor of these odd, somewhat-unlikable characters keeps us at least interested. As the film goes on, it becomes increasingly difficult to get a sense of where this whole movie is going. That’s when Sang-soo decides to amp up the madness.

We eventually discover that the first part of Tale of Cinema is in fact a film-within-a-film. Things get a lot stranger from there. The film continues to look at the relationships between its characters, but starts blurring things between the story of that film-within-a-film, and the story going on outside of that. There is also a significant amount of commentary on the relationship people can have to film, and how that relationship can create daydreams with the power to consume you whole. Disjointed to the point of being occasionally exasperating, Tale of Cinema is one of the most challenging of Hong Sang-soo’s filmography. It demands more than one viewing, if you’re committed to understanding this movie in its entirety. If you’re willing to settle in for something that will constantly batter your expectations, you will likely have a lot of fun with this strange, somewhat dispiriting story.

Again, if you really want to have a weird afternoon, watch these together. The thematic similarities and differences alone will keep your attention occupied for quite some time.

Verdict
Arrow Academy invites you to learn more about one of the finest, and most cerebral, of South Korea’s filmmaking community. Woman is the Future of Man is close to a masterpiece from writer/director Hong Sang-soo. Tale of Cinema isn’t quite on that level, but it is nonetheless one of the most remarkable, surreal, and occasionally confusing film-watching experiences you could ever hope to have.
9
Cultured Vultures is a pop culture website established in 2013 covering all things gaming, movies, and more. We eat your words.
All The News On The Biggest Games