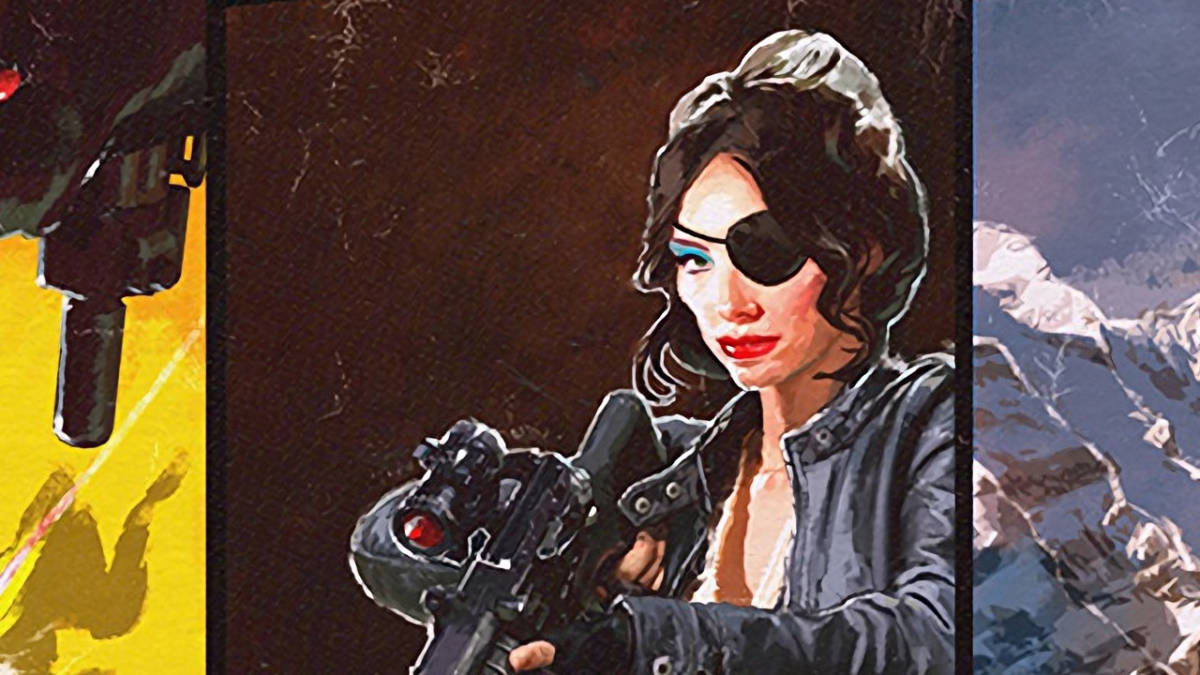 The best parts of Wolfenstein II: The New Colossus were when the game dropped all pretenses of stealth and finesse and just let you rip through hordes of enemies with the punchy, satisfying weapons in BJ’s arsenal. Augmented by the visceral gore and dismemberment and Mick Gordon’s kickass jams, there are many moments where Wolfenstein II transcends its design flaws and manages to be some of the best shooting gameplay to come out of 2017.

The Freedom Chronicles DLCs have seen fit so far to avoid just about everything that makes the base game enjoyable. Before, in Episode 1, human wrecking ball Gunslinger Joe was put through a confusing mess of rehashed environments, a flimsy and uncompelling story told in a few storyboard slideshows with voiceover and more of the bizarre, out-of-place stealth-focused gameplay that the bad parts of Wolfenstein II championed.

Episode 2, The Diaries of Agent Silent Death, follows the revenge tale of the titular OSA assassin (real name Jessica Valiant) as she hunts and kills those responsible for the death of her husband and fellow agent. Voiced by sci-fi television veteran Claudia Black, Jessica’s cutscene voiceovers and internal monologues during gameplay do offer some occasionally amusing commentary and a fun, pulpy spy vibe to the proceedings, making the humdrum of the story slideshow a bit more palatable.

On the gameplay side of things, Episode 2 unfortunately continues the trend of baffling design decisions and focusing on the wrong things. On the surface, Jessica seems like the right character for a stealth-focused Wolfenstein adventure – she retains the compression harness abilities from the regular game, as well as the passive stealth bonuses that come alongside it in addition to healing when killing enemies. However, her maximum armor is only 40, and her health 100 plus the quickly-draining overcharge. Weapon upgrades found throughout are primarily for the pistol and SMG, neither of which are effective against the Super Soldiers, robotic foes and Panzerhund encountered in the DLC’s final stages.

Where BJ and even Gunslinger Joe felt like they were equipped for fighting their way out of most situations once they were detected, Silent Death is given very little to work with. Stealth and surprise is her only tool, and that might be a fine and unique challenge if the stealth mechanics in this game were anything beyond laughable. Aside from a suppressed pistol, throwing knives and later the suppressed SMG, you have no quiet offensive options. You never receive any explosives or heavy weapons, even grenades, to level the playing field when infinite waves of better armed-and-armored foes come pouring out of the woodwork because someone saw you leaning around to peek a corner (which I thought was supposed to be undetectable). The framework simply isn’t there for a good stealth game to come out of what Wolfenstein is right now, and Jessica has too many of the other characters’ offensive abilities stripped way to make the combat enjoyable when things do get loud.

There are areas of the first two levels that have fleeting moments of fun – weaving through parallel hallways taking out guards one by one in the Gestapo offices and slinking around the film sets and scaffolding of a Nazi propaganda film studio offers some examples of decently-crafted encounters and environments, certainly more interesting than the recycled bunkers and suburbs of Episode 1.

That said, it’s in the finale that Episode 2 really suffers. It is here that the lack of real stealth gameplay mechanics really hurts the experience – enemies patrol and appear from multiple directions that the limited first-person FOV doesn’t allow you to see, and half of the enemies are robot dogs and super soldiers that cannot be taken out quietly. Slinking past them is certainly possible with a little trial and error (mainly to account for regular soldiers coming out of nowhere and spotting you), but it’s just not that fun – stealth in Wolfenstein II is only acceptable when you use it as a weapon, sneaking up behind guards to gut them with a hatchet or pop them in the head with a quiet pistol shot. Avoiding enemies is not what people sign up for when they play a Wolfenstein game.

The finale of the extremely short episode (I finished it in just over an hour on Bring ‘Em On difficulty) is nearly impossible to complete without being detected, and becomes a race against time and your own squishiness as you attempt to gun down the final assassination target and escape. Here you must contend with the previously mentioned robotic and super enemies with nothing but barely-upgraded bullet hoses, with no explosives or heavy weapons whatsoever. It’s entirely possible to complete, of course, but it just isn’t very satisfying – it feels like you’ve persevered through something that wasn’t worth it.

Speaking of worth it, if you don’t have the Season Pass, these individual episodes are going for a staggering $9.99, and the Season Pass only saves you five bucks anyway. Ten bucks for a substandard offering of the worst parts of Wolfenstein II’s gameplay without any of the bombastic, destructive fun it does well, this is something I simply cannot recommend. Go replay The New Order and The Old Blood if you want more more Wolfenstein, and let’s hope Episode 3 at least allows us to cut loose.

Verdict
With Claudia Black's voice work and a couple of decent encounters being the only passable things about it, the second part of Wolfenstein II's trilogy of DLC episodes really highlights the worst parts of the full experience, without any of what made The New Colossus fun. Instead of expanding and iterating on Wolfenstein II, Silent Death and the Freedom Chronicles embarrass it.
4